Cabin crew on flights are the go-to people if plane passengers get hungry or thirsty during the trip. Flight attendants will wheel a trolley down the aisle to hand out meals and snacks. However, one  Southwest Airlines cabin crew member was caught on camera serving the comestibles in a most unusual way.

Her actions were filmed during a very turbulent flight.

The footage captures the bumpy ride as the plane bounces through the turbulence.

All the passengers can be seen strapped into their seats.

The cabin crew and her colleague can also be seen with their seatbelts on. 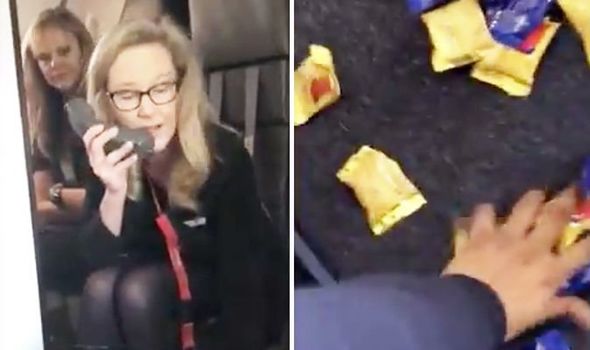 In the video, she is making an announcement to the passengers as she holds a large bag of packaged snacks.

The flight attendant proceeds to tip the snacks onto the floor.

Due to the force of the turbulence and the angle of the plane the nibbles slide right down the aisle.

It appears the cabin crew is comically trying to make the most of the unpleasant situation and serve the snacks to the fliers as she is unable to carry out a normal food and drink service.

“Hopefully it will get all the way to the back,” she says into the phone, “with a little help from our captain.

“Good job, keep passing them back  – we’ve got kids in the back of the plane,” she says.

One of the passengers filming reaches down to grab a handful of the nibbles. 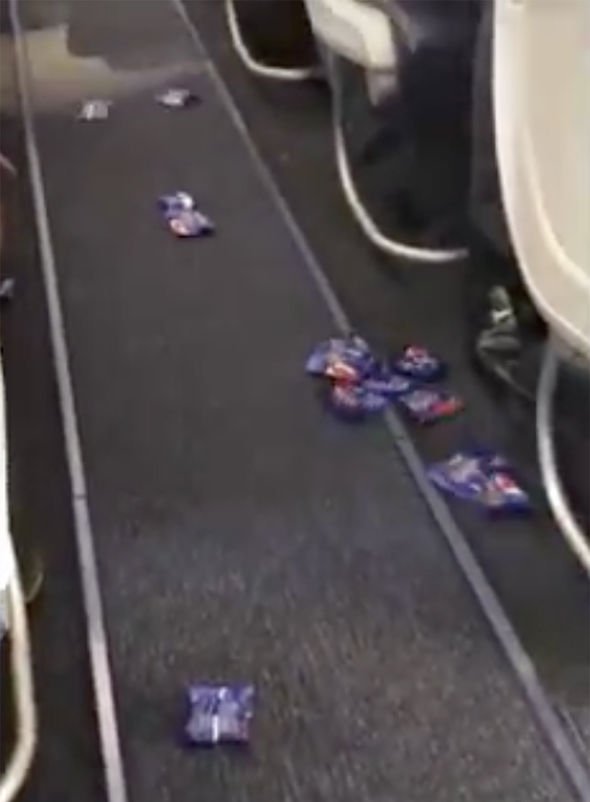 “There you go, push them back,” the flight attendant encourages.

Just as she hangs up she jokingly says: “Now here come your drinks.”

Some viewers have been alarmed by the footage and lack of hygiene in serving food in this manner.

An anonymous cabin crew member previously on Reddit posted that travellers should be aware of how unclean the plane floor is and they should never walk around the plane cabin in bare feet. 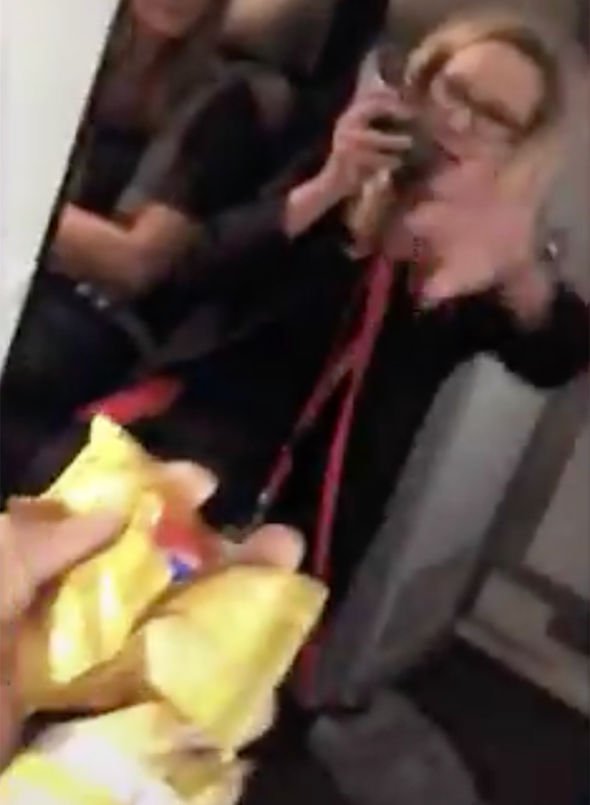 The reason is because you never know what you might step in.

“[We wish we could tell you] just how dirty the floor is,” another flight attendant posted on knowledge-sharing site Quora.

“We think it’s disgusting when you do not wear shoes in to the lav (bathroom).”