Virgin Australia staff likely have little to feel optimistic about at the moment, with 8,000 workers being stood down as a result of the coronavirus pandemic. However, they didn’t let the virus crisis get in the way as they said goodbye to the final international flight at the weekend. A video of the Virgin workers has gone viral.

It shows the staff dancing to the Glee version of Don’t Stop Believin’.

Their dance routine was captured at Brisbane Airport in Australia.

It came ahead of all intentional flights being suspended from Monday.

Meanwhile, domestic flights have been axed by 90 percent. 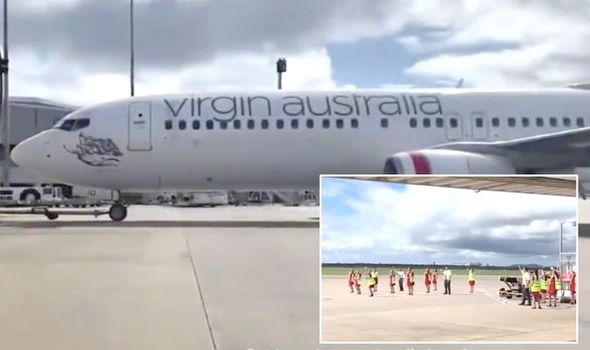 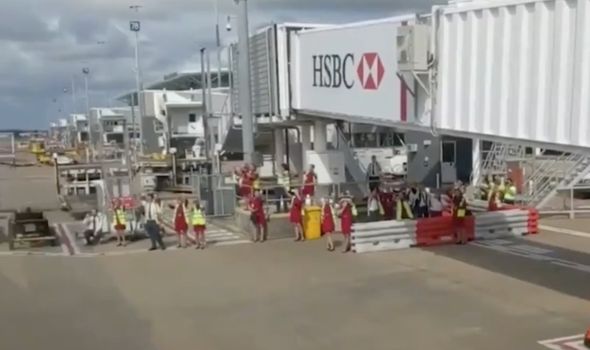 A total of 125 aircraft will be grounded and 1,000 staff made redundant.

The final Virgin Australia international flight on Sunday was VA153 from Brisbane to Auckland, New Zealand.

Footage for the gleeful dance routine was shot both from the plane cockpit and from the ground.

It shows uniformed staff performing the moves on the tarmac as the plane reverses.

Virgin employees are also shown dancing in synchronisation inside the airport.

They wheel around, display fancy footwork and clap as they make the most of the momentous occasion.

The video was shared to the airline’s Instagram with the caption: “What an amazing send off to our last international departure (for a little while). Thank you team for keeping our spirits high! We cant wait to see what the welcome back party looks like.”

Viewers flocked to share their thoughts on the dancing. 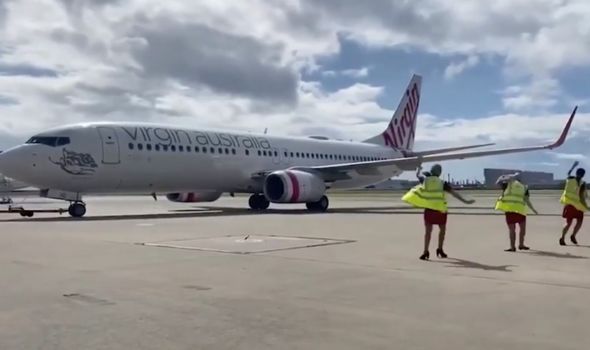 “Gosh this made me so teary,” one person commented.

“What great culture within the company,” another added.

“Wishing all Virgin staff happiness and safety and I look forward to flying with you again on the other side of this,” a third posted.

It’s not the first time Virgin Australia have been seen performing on the job. 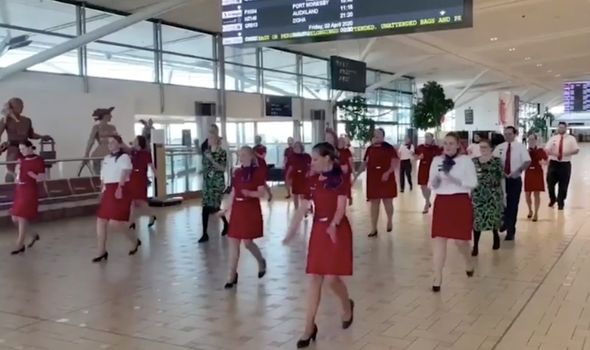 On Saturday, staff – along with Jetstar and Rex employees – were filmed dancing to Tina Turner’s Nutbush City Limits at Sydney Airport.

The airline has posted details of the schedule changes online.

Virgin Australia’s charter-operated services will continue to operate as scheduled.