Flights see all sorts of people board a plane. They come from many different backgrounds and have many different likes and dislikes. One woman was spotted indulging in an activity at the airport she seemed to very much enjoy. However, those around her were astounded at the unlikely airport move.

It shows the woman, who appears to be travelling alone, in an airport lounge area.

She is next to a row of seats – but is not making use of them.

Instead, she has taken up an unusual position on the floor. 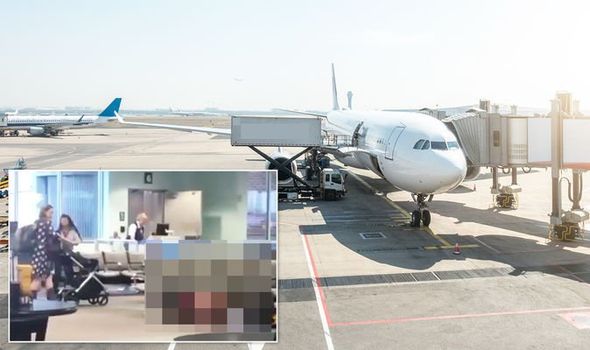 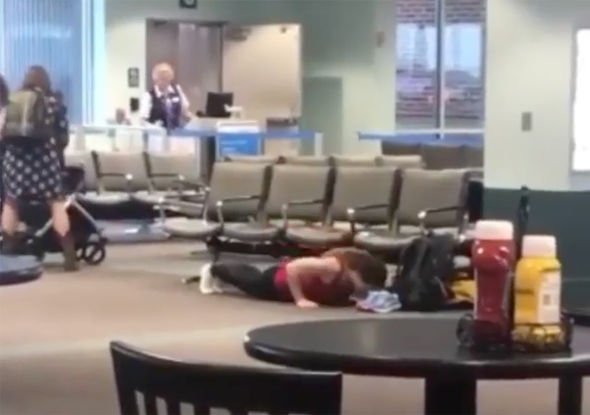 The woman was captured performing a series of press-ups.

The athletic jet-setter rests her palms flat on the floor and impressively pumps up and down.

She appears to be wearing gym wear so is primed for the unorthodox workout.

The woman seems to unfazed by what other fliers think of her.

Two other plane passengers nearby look on in shock.

The two women, who stand with a buggy, stare at the energetic flier.

The internet was also flabbergasted by what they saw in the video. 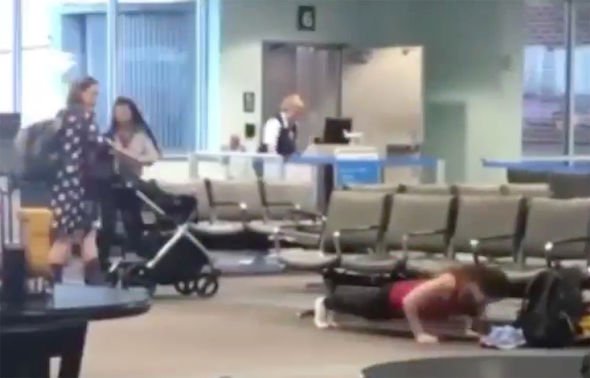 Some people were disgusted by the woman’s proximity to the floor but others were impressed by her dedication to her gym routine.

“The only floor nastier than a gym is the airport!” one person posted in horror.

Another suggested she was simply showing off, writing: “This is so douchey!”

Others pointed out her physical prowess. 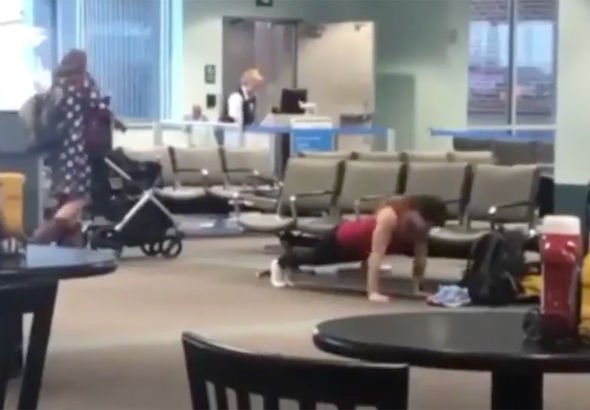 “That chick would beat me up for sure,” another penned.

Some people even related to her need to keep on top of her workout.

“Very groovy. I like an airport training session too,” one wrote.