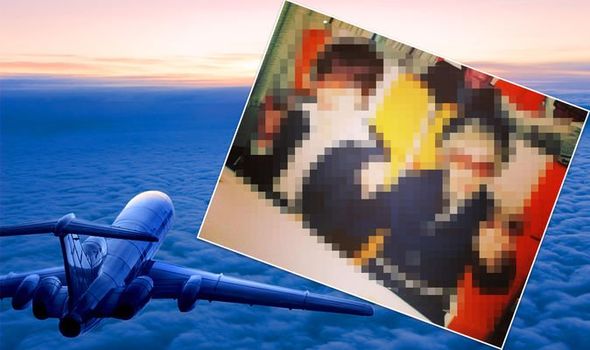 However, there was a time before when international travel was less commonplace and seemingly more of a treat. 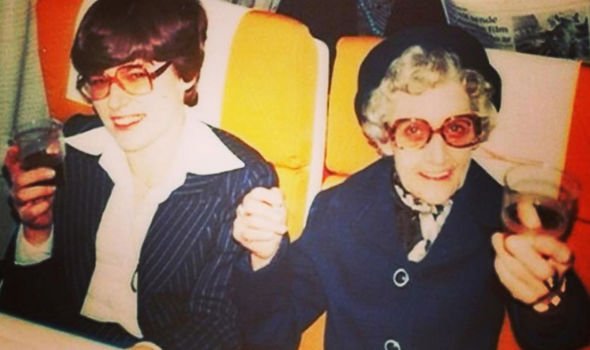 It is unclear what cabin this is, as the way the seats are laid out is very different from the often cramped conditions of economy that many travellers are accustomed to today.

The seats are a bright orange and the back of the headrests are covered by a white protection cover.

The windows, nowadays covered by a plastic shade which can be pulled down or up, are enswathed by thick, green curtains.

One user pointed out the “curtains” and “comfortable seats”.

Another speculates whether it could be an aircraft at all given the style of the cabin.

“Are you sure it wasn’t taken on a train? The seats look too modern for a plane with curtains like that and there is a table?”

Though the actual backstory of the photograph remains unknown, it isn’t necessarily the cabin that is the main focus, but rather the passengers in the picture who have sparked much of the reaction.

The two women central to the image hold their drinks up to the camera, smiles spread across their faces, clearly having a good time.

“Those were the days, travelling in a suit with a hat,” wrote one viewer.

“They probably put on their white gloves when they arrived, too.”

One wears a white shirt with a large pointed collar which stretches out over her navy and white pinstriped blazer. 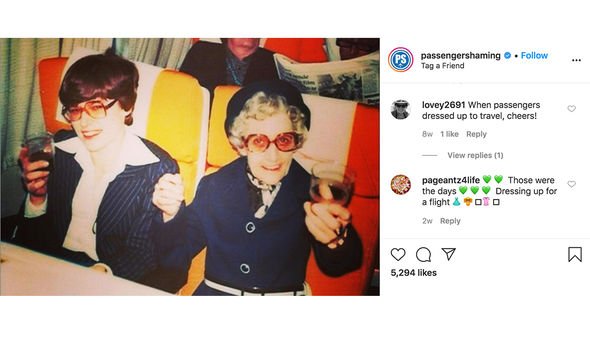 The second lady wears a smart navy coat, with a white belt, a hat and even a matching cravat-style scarf.

Another said: “When passengers dressed up to travel, cheers!”

The duo and their ensembles also spurred nostalgia from many, with one social media user adding: “Those were the days. Dressing up for a flight.”

Indeed, in past decades, travellers often had to follow a dress code from their airline or train operator.

The lack of commonality of long-distance travel and holidays often made it a far more special and glamorous experience.

“It really was as glamorous as it looks,” said Thor Johnson, a former Pan Am vice president who worked for the airline in the 1950s and 1960s, as part of the documentary ‘I Was a Jet Set Stewardess’.

“We served those beautiful meals, and people dressed up when they got on the plane. There were dress codes, but people would have dressed well even without rules,” he said.

However, it was the dawn of budget airlines and frequent travel that is largely to blame for a downturn in onboard style.

Speaking to The Huffington Post, Janet Bednarek, a history professor at the University of Dayton, says this began in the 1970s.

“The more casual dress on flights is associated with deregulation but really that was a coincidence, not causal. There was already a larger shift in the culture.” 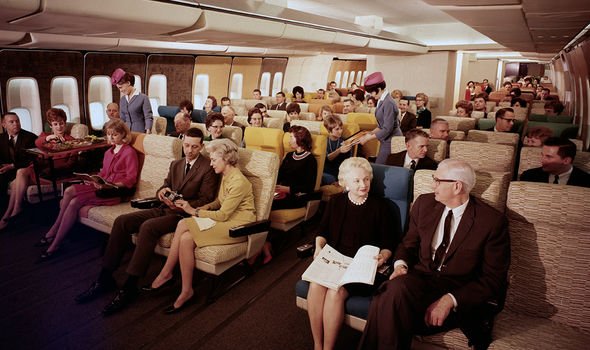 In recent years some airlines have implemented dress codes, though not nearly akin to those of the “golden years” of travel.

More modern codes include the banning of clothes deemed “too revealing” and shirts adorned with an expletive or insulting comments.

On Reddit, one airport worker urged passengers: “Don’t wear shirts with obscene words. We can’t board you to the aeroplane with a shirt that says a bad word. You will probably have to change it as it might offend another passenger.”

Judging from comments on the vintage photo, however, it seems even with these new rules, many still yearn for the glamour of the past.