Nashville has been particularly badly affected and hundreds of people have been left homeless in the city.

The footage showed hangars and planes destroyed and cars piled up.

Power lines were also down but no injuries were reported. 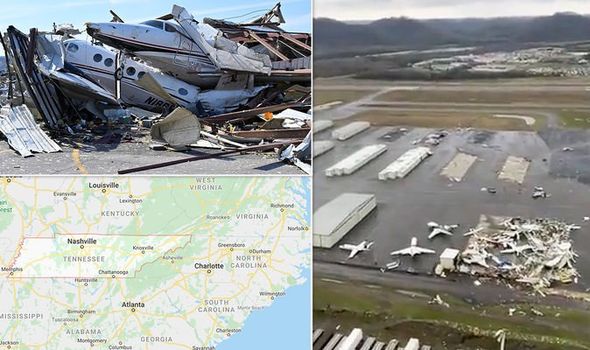 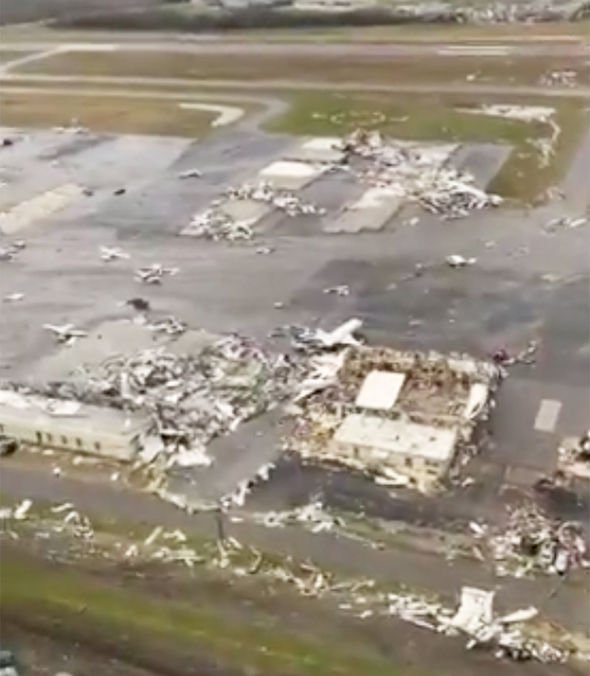 A terminal sign from the airport was hit so heavily by the tornado that it was picked up and whipped nearly 50 kilometres away.

It landed in a back garden in Mt Juliet, a city half an hour’s drive out of Nashville.

The public has been asked to avoid the airport.

Gerlock said the Airport Authority has activated its Emergency Operations Center to coordinate a response to the tornado.

One resident told the BBC that the scene in Nashville is “like a war zone.” 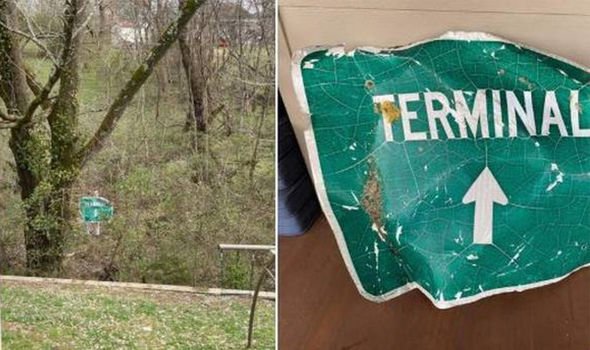 It’s possible the death toll could continue to rise as authorities investigate.

“It hit so fast, a lot of folks didn’t have time to take shelter,” Putnam County Mayor Randy Porter told reporters Tuesday. “Many of these folks were sleeping.”

The National Guard has been deployed to help with search-and-rescue efforts. 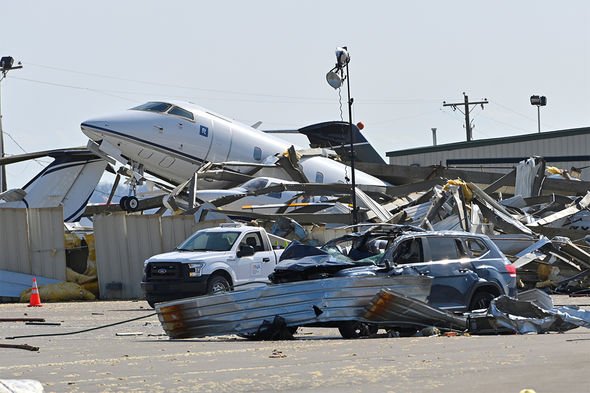 The UK Foreign and Commonwealth Office (FCO) has not updated their travel advice to the area in light of the tornadoes, however.

The FCO currently states: “Tornadoes can occur at any time of the year depending on weather conditions.

“To learn more about what you should do during, and after a tornado, visit the FEMA website.”