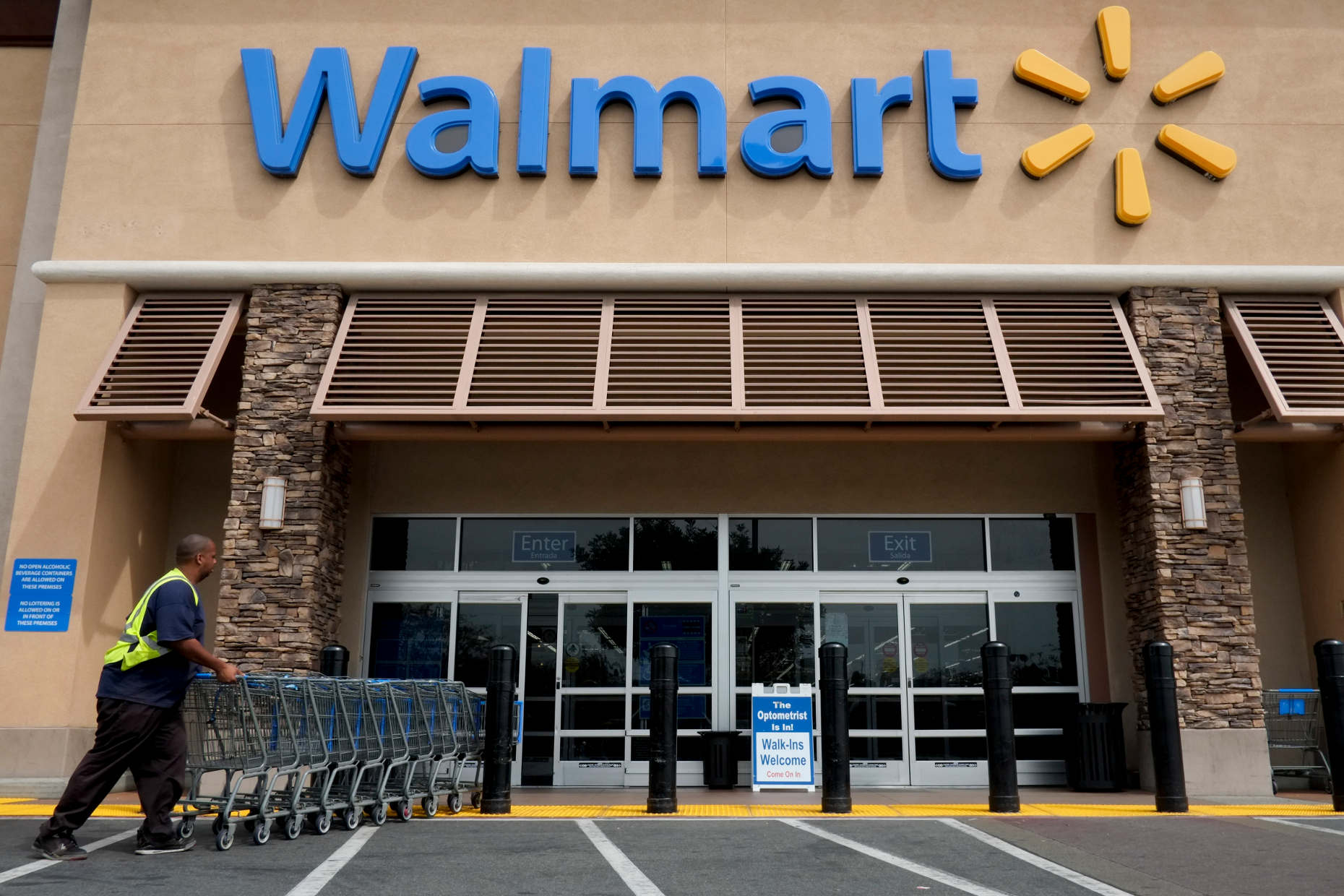 When Kaywin Feldman, the director of the National Gallery of Art, informed staff in early March of her decision to temporarily close the museum in response to the coronavirus, the social media team immediately sprung into action. Their goal? To try and fit as much art into their phones as possible, to craft into virtual museum tours, all in about a day and a half.

“People that work for me spent their entire day capturing video content and interviews with curators—some who are wearing jeans and sneakers and Doc Martens with no makeup on,” says Anabeth Guthrie, the museum’s chief of communications. “We deployed a lot of resources quickly to capture what we knew we’d need for any amount of closure, whether a month or two months or three.”

The Washington, D.C. museum, which welcomed more than 4 million visitors last year, has rushed to adapt to the new normal of social distancing and lockdowns along with its contemporaries around the world. And in many cases, museums—including those that don’t benefit from the same level of financial support as the National Gallery of Art, which receives a yearly appropriation for day-to-day operations from the federal government—are now having to do more with less. Even major institutions like the Guggenheim have had to furlough some staff members and implement pay cuts for others in anticipation of massive revenue shortfalls, while others, like the San Francisco Museum of Art (SFMoMA), have made layoffs.

There have been a few small upsides to the closures. In fact, for many institutions, the lockdown has been a boon to their websites and social media channels, showcasing the public’s vast appetite for visual and intellectual fodder while stuck at home. “It’s completely changing the way we communicate with our larger audiences,” says Guthrie.

The museum has launched a weekly newsletter that pushes out new virtual content, including digital education resources. It’s also making use of the hashtag #MuseumFromHome, and providing viewers with virtual museum tours of the East and West Buildings, complete with commentary from curators, as well as tours of the Sculpture Garden. Viewers have responded with enthusiasm: Traffic to the museum’s website shot up 400 percent in the first week of closure, says Guthrie.

The shift from drawing audiences into museums to meeting prospective visitors at home is a massive one. By nature, museums are largely analog, as much of their appeal lies in seeing the works firsthand. Now, in the wake of the pandemic, these institutions—home to centuries of creative thought—have had to get creative themselves.

The Brooklyn Museum, whose much-anticipated exhibit, “Studio 54: Night Magic” opened March 13, the same day the museum closed its doors, launched #VirtualFirstSaturday on April 4. A stand-in for the museum’s free programming–filled First Saturdays, the first online iteration included a hands-on course teaching the art of foil embossing and a drag tribute to the age of disco by House of Bushwig, all accessible via Facebook and Zoom.

New York’s Museum of Modern Art has stepped up its online offerings, too, with Virtual Views, which takes readers inside an exhibition through video stories, curator Q&As, audio playlists, and articles. The museum is also providing special resources for families and teachers, like the Artist Project with Louise Lawler, for which the artist created 12 drawings that users can download and color.

Even the Metropolitan Museum of Art, celebrating its 150th anniversary this year, has gotten in on the fun. Newly launched is its #MetAnywhere initiative, which is surfacing digital content from deep within its reserves; it also launched the hashtag #MetTwinning in the months before the pandemic, which is now really taking off, with folks recreating some of the museum’s most iconic artworks, right down to the outfits. (A pug in a cap, for example, has made for a hilarious new take on the Met Cloisters’ “The Unicorn in Captivity,” a tapestry dating to the late Middle Ages.)

At the Museum of Contemporary Art Chicago, much of the focus is now on the Commons Online. Named after the museum’s eponymous second-floor gathering space, the Commons Online directs viewers to virtual studio visits with artists like the New York–based Autumn Knight, held on Instagram live; forum-style discussions on generational inequality and the environment, streamed on Zoom and Facebook; and resources for parents and teachers, like instructions for how to create toys out of recycled materials. The museum recently hosted its its first virtual drag queen story time on Zoom on April 3, and has encouraged its followers to spend more time with works of art, using the hashtag #SlowArtDay. In the words of the museum’s director, Madeleine Grynsztejn, in a letter posted on the museum’s website: “Creativity is not canceled!”

Other museums, like Madrid’s Museo Nacional del Prado, found fluency in their social media programming well before the pandemic struck. Its video series, in which museum staff—now, everyone from curators to guards—discuss pieces of art, launched on Instagram in 2017. In the days after closing on March 12, it produced videos with museum director Miguel Falomir and senior curator Alejandro Vergara, discussing Tintoretto’s “Christ Washing the Disciples’ Feet,” and works by Rubens, Veronese, and Poussin, respectively, both of which garnered hundreds of thousands of views, and has since launched the hashtag #PradoConTigo (Prado With You). The museum has also been sharing videos produced prior to closure; it’s now working to make new ones with curators, albeit from their homes. “We have to do our best to say, ‘Hey, we are here, we are useful; we are here for you,’” says Carlos Chaguaceda, the museum’s communications director. “And the art has something to say, even in this situation, whether it’s just for entertainment, or culture, or teaching.”

There’s no question that some institutions have also found the silver lining in this situation. “One of the things we’ve been doing with some of our staff who are working at home is asking them to help us write descriptions of every image online, for accessibility purposes,” says Lisa Key, the Museum of Contemporary Art Chicago’s deputy director. “Our goal is for every image to have [one,] so we have staff who are helping us bump up our percentage of ones that do.”

The closures have also produced another unusual side effect: continuous near- or total darkness, which is beneficial for the art itself. “Our galleries are physically dark [right now] since we’re closed to the public,” says Key. “This allows for artworks to rest and to be protected from unnecessary light exposure. It’s an ideal scenario, almost better than storage.” At the J. Paul Getty Museum in Los Angeles, “all the humidity and temperature controls are being maintained, which is much easier without open doors and the ebb and flow of people,” says assistant director of communications John Giurini. The lights are off there, too, protecting artwork from their usual stress.

In their characteristically forward-looking fashion, museums are already thinking ahead to their reopenings, planning future exhibitions, and contemplating how this situation might inform what audiences want or expect going forward.

For the Getty Museum, the concerns are both practical and elemental. “We have to think about how these extraordinary events may shape the future of museums—the way we operate and how we meet the changing needs of our audiences,” says Giurini. But while the current crisis complicates certain things, like the already complex logistics of loan exhibitions, museums are still looking forward to opening their physical doors someday soon. “Without question, our digital presence will get richer and reach increasingly broader audiences,” says Giurini. “But we will continue to advocate for the actual, in-person experience of works of art.”

The National Gallery of Art’s website already receives about 7 million visitors per year, according to Guthrie. She expects, especially now, that number will increase—and with it, the museum’s efforts, even after the outbreak ends. “I think it will change all of the add-ons, all of the communication components, all the audience engagement touch points,” she says. “[It poses questions like,] do we need to have a completely parallel experience for our online audience? Do we open an exhibition and immediately, simultaneously offer a virtual tour every time?”

One thing these institutions can agree on is the importance of encouraging engagement with art, now more than ever. “It can unite us together, and that’s what gives me hope about our abilities to really thrive in a post-COVID-19 world,” says Key. “What we’re looking at is, how can we use art to allow people to feel safe, to be creative, and to continue to think differently once we all emerge.”

WATCH: 50 People From 50 States Tell Us How To Fit In With The Locals