Home » Travel » The top 10 spookiest castles to visit this Halloween 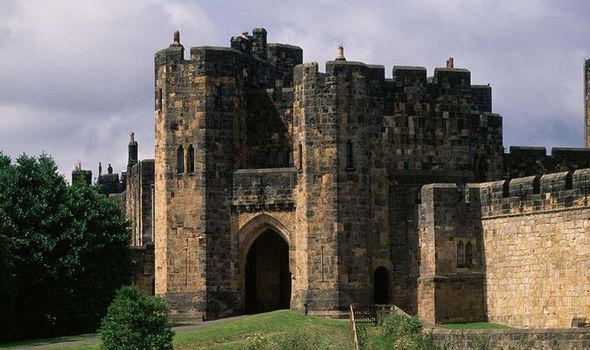 With Halloween being celebrated this weekend,  a study by Tombola has revealed the 43 most haunted buildings and castles in Britain – and which gives the biggest scare factor.

Chillingham Castle, in Northumberland, was named the most terrifying trip, according to 255 TripAdvisor reviews mentioning ghosts.

The 13th century medieval castle boasts some of the highest levels of paranormal activity in the country, from The White Pantry Ghost who is said to beg visitors for water, to men’s voices heard in the chapel.

Rumour has it that it’s never possible to understand what they’re saying, and they stop talking when someone begins to look for them.

And not forgetting the ghosts that have been spotted in the courtyard, too.

Astrologer and psychic, Inbaal Honigman, agrees, giving the castle the top score for her ratings of scariest castles. According to Inbaal, “Chillingham Castle needs no introduction and is home to many famous ghosts”.

In second place was Scotland’s Tulloch Castle, which saw 329 reviews with the word ‘ghost’ featured.

What is left of the 12th century castle, the Tulloch Castle Hotel is said to be the home of the Green Lady, one of the very few ghosts to have ever been captured on film.

Another notable spirit is that of a maid who has been witnessed in the Great Hall and Pink Room, looking deeply troubled.

Other visitors have reported feeling ice cold chills while walking throughout the castle.

Treasurer’s House earned a Scare Factor score of 25 for the most ghost sightings, with 397 reviewers mentioning the word ghost after a visit.

The historic house is reported to have several resident ghosts including George Aislaby, who owned the property in the 17th century.

In 1953 Harry Martindale was working on a ladder in the cellar of the building when a group of Roman soldiers walked past him along the old Roman Road which ran through the basement. Harry was so shocked that he fell from his ladder.

The man was able to describe the soldiers’ uniforms and equipment, and where they entered the basement, and never once changed his story before his death in 2015.

Despite being told his description of the soldiers was wrong, and the uniforms and equipment did not match that which was used by the invaders, local archaeological discoveries later proved Harry’s observations correct.

This Welsh castle was formerly owned by opera singer Adelina Patti, and is now a boutique hotel that runs its own ghost tours.

The castle was once visited by the Most Haunted team, who said that one of the spirits is quite an angry soul.

The castle is said to be haunted by the opera singer and her French tenor husband, as well as a composer who she fell in love with. Visitors have reported strange sightings and experienced breathing difficulties and the feeling of a lingering presence in the castle.

One of the most active rooms is the ‘Top Children’s Ward’ which saw a number of young tuberculosis patients treated. Many died at a young age and are said to still haunt the castle with footsteps, playing games and giggling.

Nicknamed the ‘Windsor of the North’, Alnwick Castle has been featured in many movies and shows, like Harry Potter, Transformers and Downton Abbey. But it has a darker side, too.

Locals have stated they have seen the ghost of the Grey Lady who worked as a maid in the castle, along with the spooky sightings of the Alnwick Castle vampire.

The vampire – believed to be a former deceased master of the castle – was so feared that the people of Northumberland worked together to stop him after ‘terror and illness took over’ as he moved among them.

Over 100 Alnwick Castle reviewers described their visit as ‘scary’ – perhaps they saw one of the spirits of the castle during their visit.

Muncaster Castle is said to be haunted by the spirit of ‘Tom Fool’ – also known as Thomas Skelton. He’s described as a ‘powerful force’ who is rarely sighted, but plays tricks and tomfoolery on staff and visitors.

One of the most active areas in the castle is the Tapestry Room, where visitors complain of disturbed nights,hear footsteps outside in the corridor, see the door handle turning and the door opening although nobody is there.

According to the Muncaster site, a child is frequently heard crying towards the window end of the room and sometimes a lady heard singing, comforting a sick child. Visitors have also felt cold in the room for no apparent reason.

Other stories concern the ‘Muncaster Boggle’ or White Lady who haunts the gardens and roadways around Muncaster. She is supposedly the ghost of Mary Bragg, a young girl murdered in the early 1800s on the road near the Main Gate.

Muncaster Castle hosts scientific ghost vigils each year for an overnight exploration of the venue – if you dare.

Glamis Castle, in Scotland, was the childhood home of Queen Elizabeth The Queen Mother, and the birthplace of Princess Magaret.

One of the spirits that have been seen wandering the grounds is that of a tongueless woman, with blood spilling from her mouth. It’s believed she had her tongue cut out by guards when she threatened to reveal a secret of the Earls.

The fourth Earl of Crawford, known as Earl Beardie, also haunts the castle. The gambling man was reportedly playing cards one night with a group of friends who no longer wanted to play. But the determined Earl said he wanted to keep playing even “if it is with the Devil himself.”

Legend has it that when the clock struck midnight, the Devil appeared in disguise, and took his soul.

Some people have suggested that a suit of armour has watched them sleep, whilst a Grey Lady accused of witchcraft is often seen in the family chapel.

One of the most concerning finds, though, was that of the sacred chamber. In 1486, the Ogilvy Clan hid from the Lindsat Clan in the castle. The Earl locked them in a secret chamber and left them to die.

Years later, noises were heard behind the wall, which had been bricked up. When they opened up the chamber, their skeletons were discovered.

Eight miles south of Edinburgh you’ll find Dalhousie Castle, which has been owned by the same family for almost 800 years.

The 13th century castle has many stories to tell, but the most well known spectre is the Grey Lady. Mistress of one of the Ramsay lairds, Lady Catherine was locked up and left to perish by his vengeful wife around 1500.

Guests have reported hearing her dress rustling, as well as taps on the window and on people’s shoulders, and – as she despised bagpipes – it is said that the instrument plays out of tune if she’s near.

The ruins of a Tudor mansion within the walls of this medieval castle have seen their share of murders, battles, pestilence and plague.

According to the English Heritage guidebook, it’s one of the most haunted castles in Britain, with two female ghosts having been spotted, named with White Lady and the Blue Lady.

The Blue Lady is said to beckon for help from passers-by, luring them to her tower. If they go to her, it is said they fall to their death. The woman is believed to be the daughter of a Normal lord and wanders the dungeon grieving her baby, which she killed because it was her fathers.

The White Lady, said to be the spirit of Margaret Pomeroy, is also claimed to haunt the dungeons, having been imprisoned there by her sister, Eleanor, who was jealous of her beauty.

Ruthin Castle, which dates back to the 13th century, has an eerie past linked with tales of jealousy, murder and execution.

By Ruthin Castle, you will find a sign for the grave of Lady Grey – the wife of the second in command at the castle when it was a fortress inhabited by the armies of Edward I, North Wales Live reports.

Lady Grey was said to have been executed after killing her husband’s lover with an axe in a jealous rage.

No local clergymen would allow her to be buried on consecrated ground, so it was decided she would be buried outside the castle walls.

It is said that she has since been confined to the castle, the execution failing to free her from her state of madness.

There have also been reports of the apparition of a crazed woman walking through the banquet hall and the battlements wielding an axe as she moves.

Several visitors have also reported seeing a soldier wearing just one glove, as well as a little girl.

While also not one deemed one of the scariest castles in the UK according to the research, the home of I’m A Celebrity…Get Me Out of Here!, Gwrych Castle, is reported to have a haunted past.

The ghost of The Countess, born in 1859, is said to still roam the castle, with The Countess’ Tower the hub of paranormal activity. So, keep your eyes peeled if you are watching the show for any ghostly goings on.