The Inspector calls at The Grand Hotel in Birmingham, which he says is grander than ever thanks to a £45million renovation

The Grand Hotel Birmingham is back — and not just a return to its former glories (both George VI and Malcolm X stayed here), but surpassing them following an ambitious £45 million renovation programme.

It’s been a torturous process. Wealthy pork butcher Isaac Horton built the hotel in 1875 in the then up-and-coming Colmore Row across from the cathedral, but it closed 20 years ago, at which point the council thought it should be knocked down.

The Horton Estate, which still owns the site, had other ideas and managed to get the building Grade II* listed and workmen moved in. 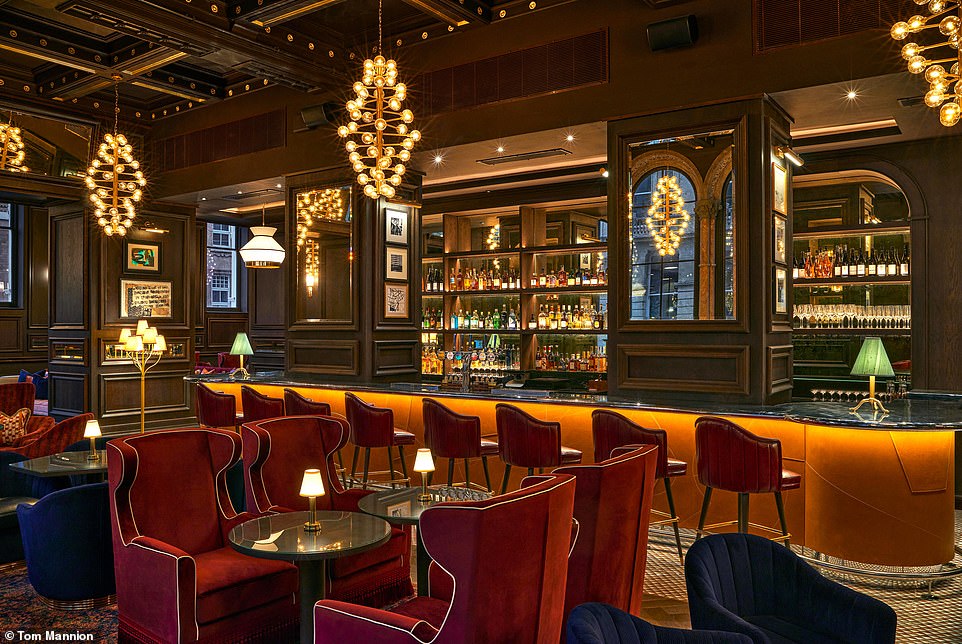 The Inspector checks in to The Grand Hotel Birmingham, which has just undergone an ambitious £45 million renovation. Pictured is the hotel’s ‘swanky’ cocktail bar 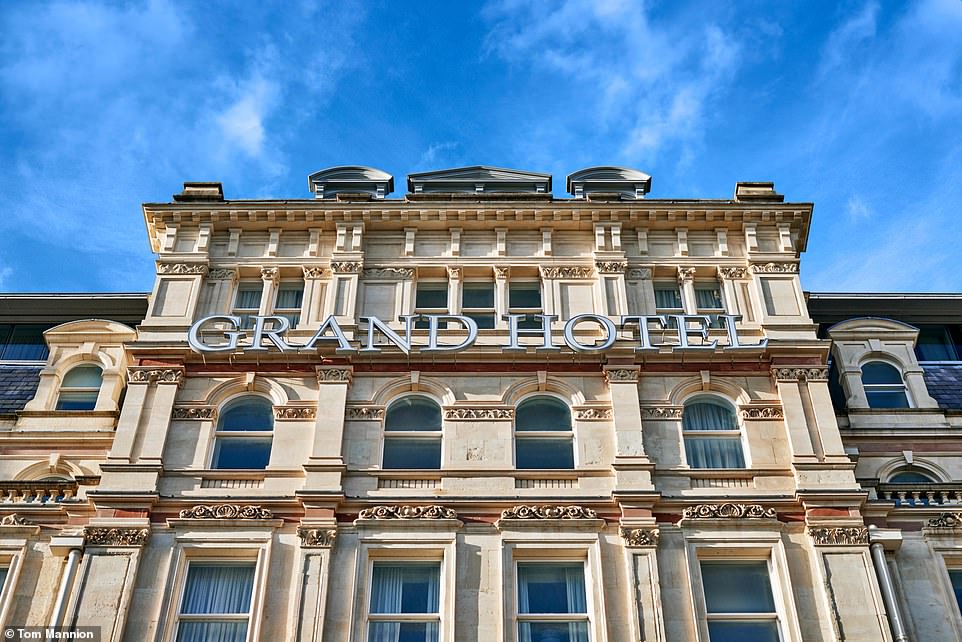 According to the Inspector, the renovation is not just a return to its former glories – both George VI and Malcolm X stayed here – but it surpasses them 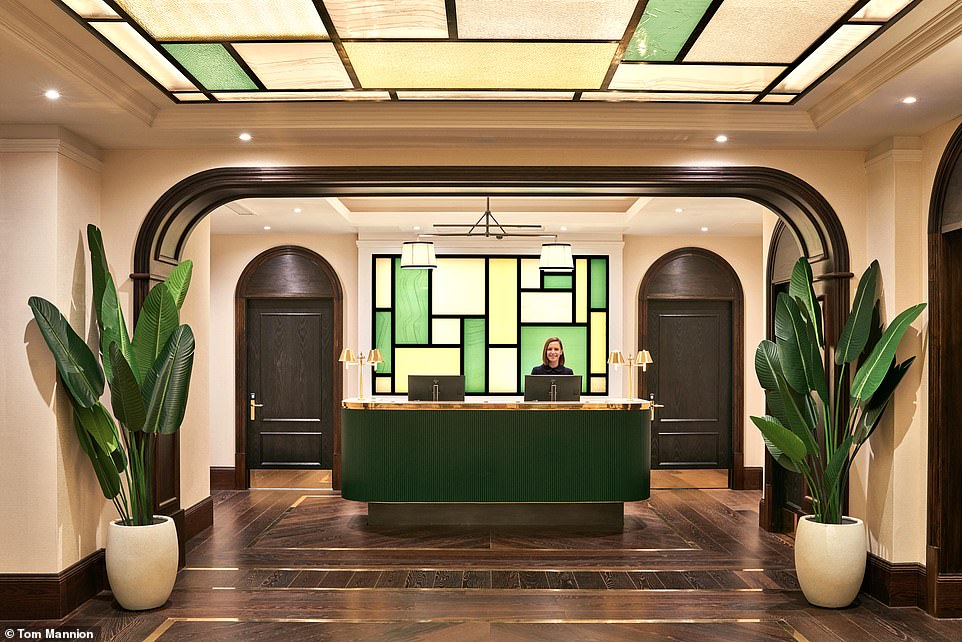 The Horton Estate, which owns the site, managed to get the building Grade II listed before the renovation

Today, there are 185 bedrooms, a whole floor set up for conferences, ballroom, a swanky cocktail bar called Madeleine with huge arched windows and Isaac’s, a New York-style restaurant (the short rib burger with Monterey Jack and pickles won’t let you down) in the basement with green and white tiling, globe chandeliers and moody black and white framed photographs.

‘We’re managed by De Vere but in a very subtle way,’ a member of staff tells me. That seems to be the case. There’s no De Vere branding anywhere.

I ask for a room with a bath and a window that opens. No issue with the first request but the second is impossible anywhere in the hotel. The room is spacious.

The panelling behind the bed is black, the headboard dark blue leather. Mercifully, the TV is easy to operate and there are three Banksy prints on one wall. 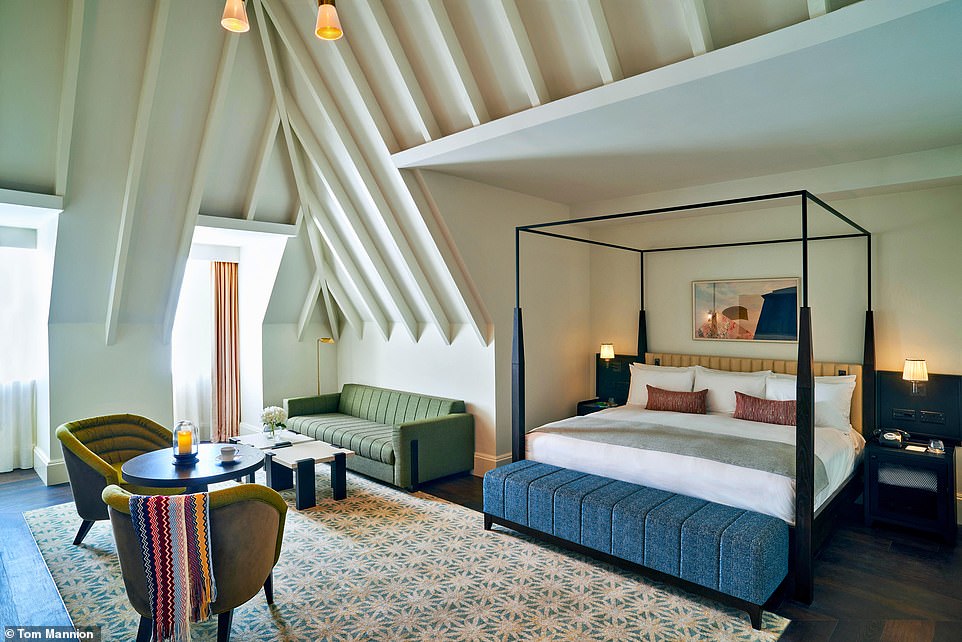 Above is a ‘Grand Suite’, one of the 185 bedrooms at The Grand Hotel Birmingham 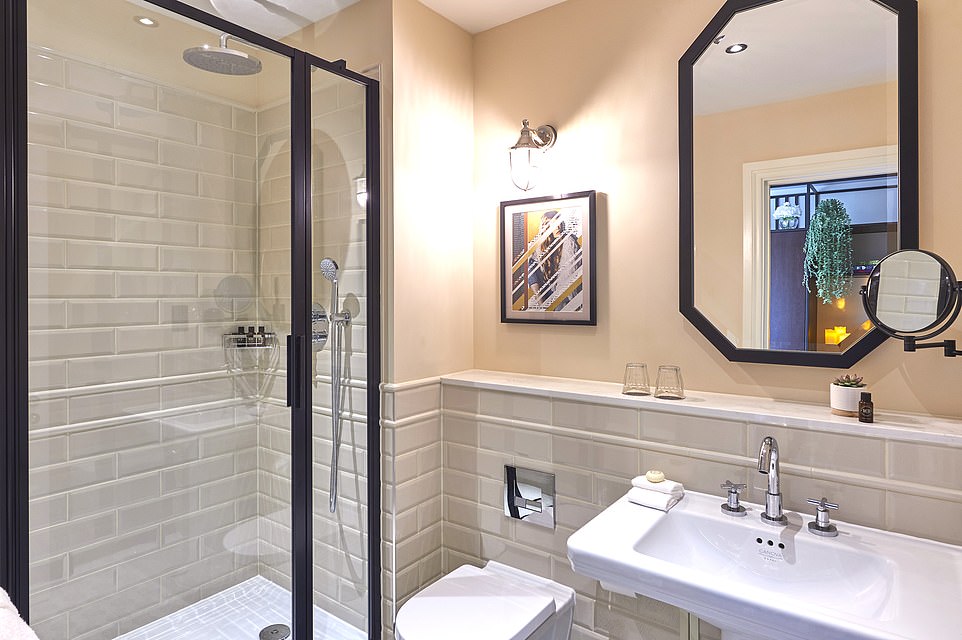 One of the bathrooms at the hotel. ‘We’re managed by De Vere but in a very subtle way,’ a member of staff tells the Inspector 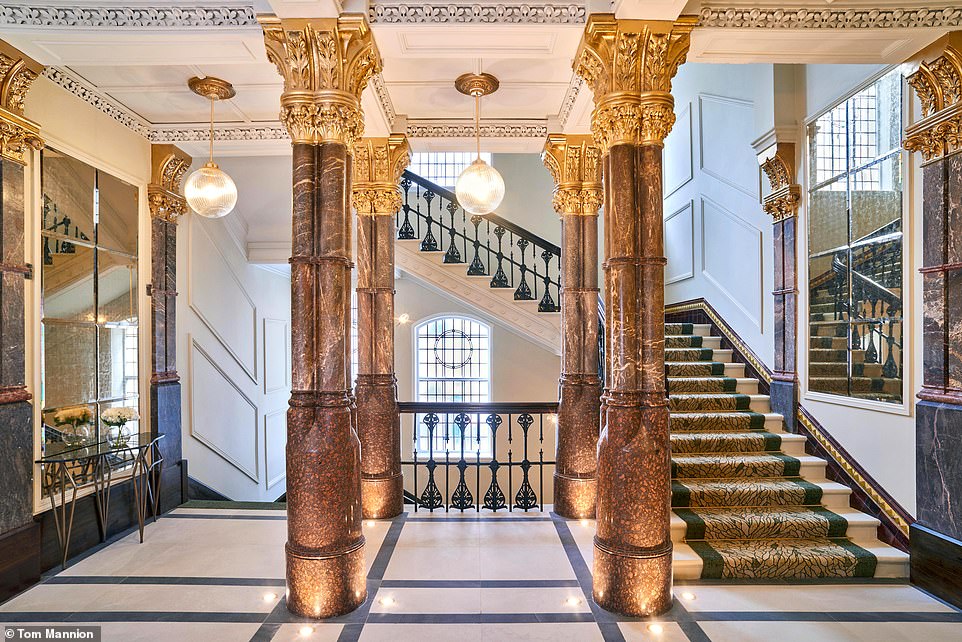 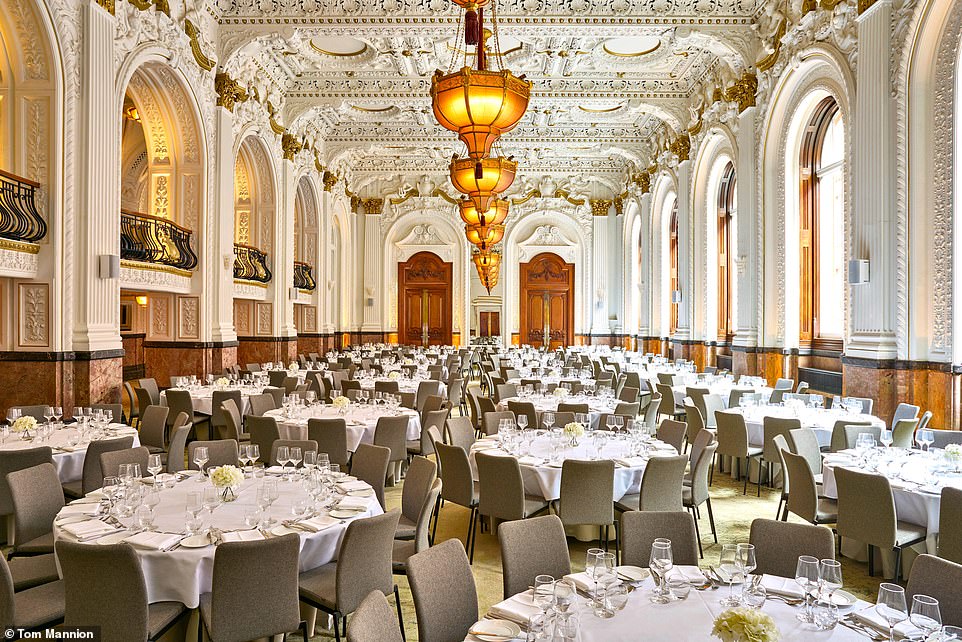 Above is the hotel’s ballroom. Other amenities include a New York-style restaurant and a whole floor set up for conferences 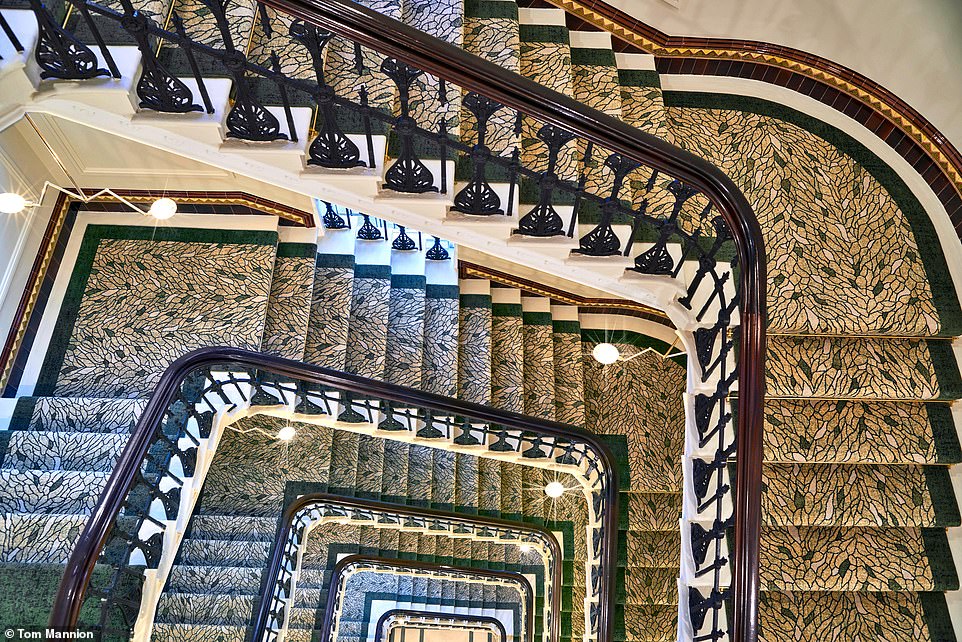 ‘It’s unlikely that Birmingham will see the like of a hotel project on this scale again,’ says the Inspector

Shame about the anti-theft hangers, and I’m not sure about the gnome sticking out from a wooden box and a mounted vinyl of Duran Duran’s Save A Prayer single.

Mind you, Duran Duran formed in Birmingham. And the Grand is proud that much of the artwork in the hotel, especially the pieces hanging near the spectacular sweeping staircase (with Corinthian columns) is the creation of local artists.

Isaac Horton, who died in 1880 aged just 59, is buried in Key Hill Cemetery, his tombstone inscribed with Shakespeare’s words from Hamlet: ‘He was a man, take him, for all in all I shall not see his like again.’

And it’s unlikely that Birmingham will see the like of a hotel project on this scale again.