Approximately 6,000 Carnival Corp. passengers are still aboard the company’s cruise ships as the coronavirus pandemic continues to sweep the globe. 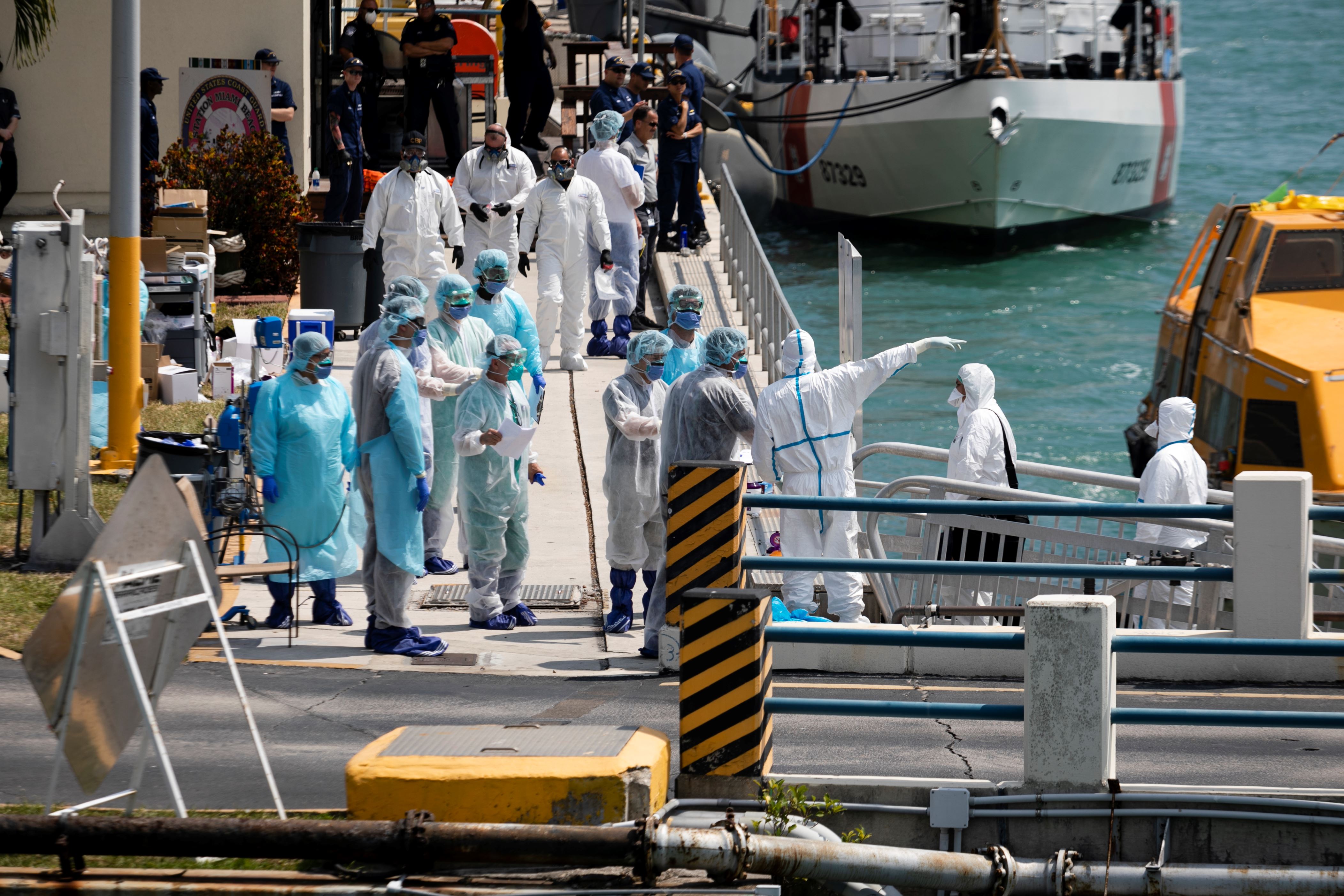 © Eva Marie Uzcategui/Getty Images
Medical staff receive suspected Coronovirus patients as they arrive at U.S. Coast Guard Base Miami Beach on March 26, 2020 in Miami, Florida. According to reports, two Costa Cruises ships, the Favolosa and the Magica, are anchored off the coast of Miami with approximately 30 people experiencing flu-like symptoms of COVID-19.


These passengers are all expected to disembark by the end of April, according to an SEC filing from the company on Tuesday. Carnival will provide some of its crew food and housing, as they are unable to return home.

Carnival Corp. is the world’s largest cruise line, and is the parent company of Princess Cruises, Costa Cruises and Holland America. Princess has been at the center of the issue of coronavirus-infected cruise ships, with the Diamond Princess and Grand Princess both experiencing highly publicized outbreaks. And currently, two Holland America ships are awaiting to dock in Florida; the MS Zaandam has sick people on board.

Other Carnival ships, the Costa Magica and Costa Favolosa, are anchored near the port of Miami also awaiting docking. The Costa Luminosa and Ruby Princess, meanwhile, have documented coronavirus cases, per the filing.

The British-flagged and U.S.-operated Diamond Princess had carried an infected passenger part way before returning to its home port in Yokohama, near Tokyo, on Feb. 3. Of the 3,711 passengers and crew members on board, 705 were infected on the ship, triggering international criticism of the quarantine and Japan’s disease control capability.

In its filing, the company also warned of financial struggles ahead even after the outbreak subsides.

Princess Cruises had a health problem long before back-to-back outbreaks of the new coronavirus on the Diamond and Grand Princess ships unmoored the entire cruise industry.

Their passengers fell sick extraordinarily often. Nearly 5,000 people onboard Princess ships in the past decade have suffered from bouts of vomiting, diarrhea – or both – in numbers widespread enough that government health officials issued alerts on 26 outbreaks.

President Donald Trump said Tuesday he is going to speak with Florida Gov. Ron DeSantis about whether to allow two Holland America cruise ships, one with four dead and 200 passengers and crew having had flu-like symptoms, to dock.

While never explicitly saying what he plans to tell DeSantis, who has raised concerns about allowing the ships into port, Trump said, “I am going to do what is right, not only for us but for humanity.”

Holland America’s MS Zaandam and MS Rotterdam cruise ships – one with ill people on board – have crossed the Panama Canal and are headed to Florida. But whether the coronavirus-infected ship and its sister vessel will be able to dock has been in question.

Holland America transferred healthy passengers to the Rotterdam, which met the Zaandam with additional supplies, staff and test kits last week. The two ships have remained together for the rest of the journey.