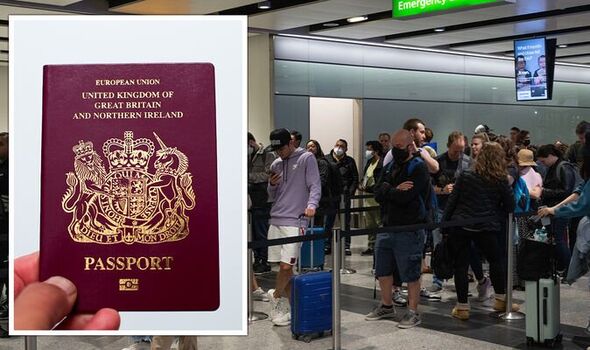 Since Brexit, British tourists must have their passport stamped when entering a EU country meaning Britons holidaying around Europe can’t use the e-gates at the airport anymore.

This has led to hours-long waits in the non-EU passport queue at some of the most popular Spanish airports.

British tourists will now be permitted to use the e-gates at some of the busiest airports.

UK tourists will now be able to scan their passports just like any EU and Schengen citizen, which will speed up the passport control process. 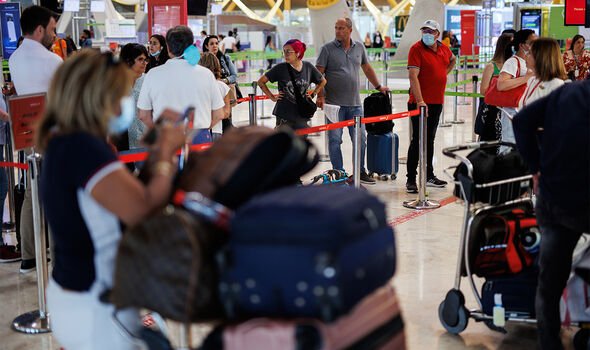 The airports that will be implementing the new passport rule are:

The new rule is being brought in to ease the strain on airports ahead of the holiday season, The Local reported.

There will also be additional border officials deployed across these airports to reduce waiting times.

However, British tourists could be required to have their passports stamped at some of these Spanish airports.

This is even if they are able to use the e-gates.

According to recent reports, there will be separate queues for UK citizens to get their passports stamped after the e-gates.

UK tourists are required to have their passports stamped when entering and leaving Schengen countries without a visa.

The FCDO’s advice on travelling to Spain states: “Check your passport is stamped if you enter or exit the Schengen area through Spain as a visitor.

“Border guards will use passport stamps to check you’re complying with the 90-day visa-free limit for short stays in the Schengen area.

“If relevant entry or exit stamps are not in your passport, border guards will presume that you have overstayed your visa-free limit.

“You can show evidence of when and where you entered or exited the Schengen area, and ask the border guards to add this date and location in your passport.

“Examples of acceptable evidence include boarding passes and tickets.”