A Saharan sandstorm stranded holidaymakers in the Canary Islands this past weekend as the sky turned orange and limited visibility for aircraft. Flights to and from Gran Canaria, Lanzarote, La Palma, North and South Tenerife Airport were cancelled, suspended or diverted over the weekend stranding thousands of tourists.

Staggering photographs from the Canary Islands show the blood orange sky and hazy horizon as the sandstorm blew in.

Greg Horsman, 29, was on holiday with his girlfriend and his friends on a Tui cruise and was due to fly home to Manchester on Saturday evening.

However, they were forced to stay in Gran Canaria for another two nights due to the storm. 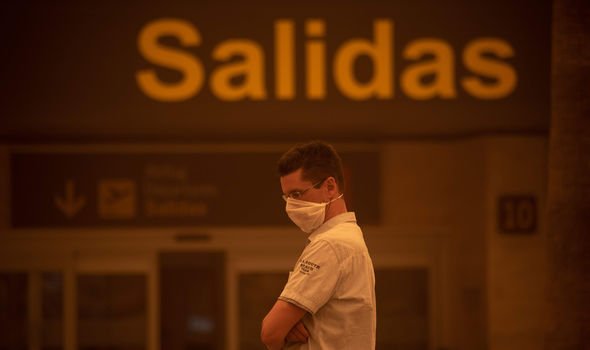 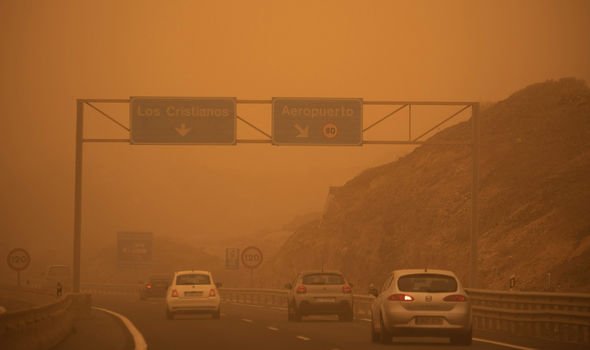 Is it safe to travel?

Airports on the Spanish archipelago have reopened, however, many flights were cancelled or delayed due to the sandstorm.

Flights to the Canary Islands remain either cancelled or delayed, however, so it is best to check with your airline if you are due to travel.

There are currently no warnings in place for travellers, and airline Tui expects the majority of its customers due to return home will be able to board flights on Monday. 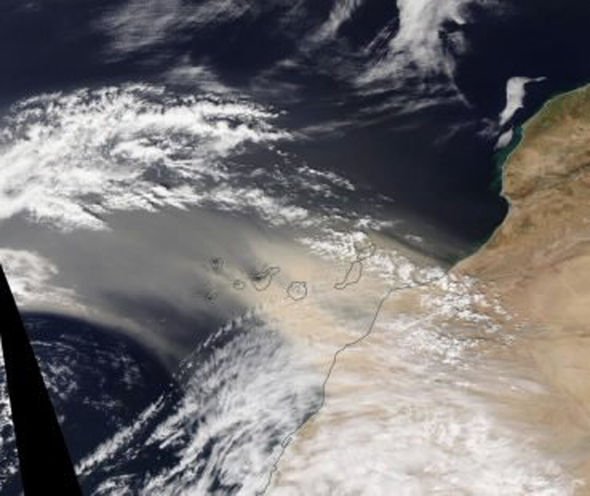 A spokeswoman for TUI said: “We would like to sincerely apologise to our customers whose flights were disrupted by adverse and changeable weather conditions in the Canary Islands over the weekend.

“The safety of our customers and crew is always our highest priority and we’re working tirelessly to get everyone to their destination as quickly as possible.

“Following an improvement in the weather overnight, all flights scheduled to depart to the Canary Islands today will be operating as planned.”

A spokesman for Jet2.com said: “Like all airlines operating to the Canary Islands, the adverse and changeable conditions affecting the whole area since the weekend have resulted in flights experiencing delays or having to be diverted to other airports.

“We would like to apologise to all affected customers for any inconvenience caused by these extraordinary circumstances, which are completely beyond our control.

“Our teams are working tirelessly to look after customers and to get everyone to their intended destination as soon as possible.”

The sandstorm was blown over the islands from the African continent by strong winds which reached 75mph.

Staggering images taken by the NASA Aqua/MODIS satellite on Sunday showed the extent of the sandstorm as it tracked across the islands. 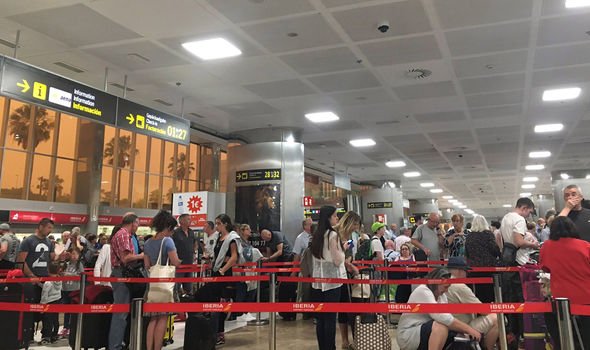 Britons have posted photographs of the orange sky on the islands as the wind continued to batter seaside towns.

Michael Nixon, who is on holiday in Tenerife with his family to celebrate his 50th birthday and is due to fly home to Newcastle on Wednesday, said “pink dust” had covered his rented apartment balcony.

He said: “It’s all a bit surreal. A heavy mist came in last night followed by very strong gusty winds during the night.

“This morning we awoke to yellowish haze and strong winds. We ventured out but it’s difficult to see with all of the sand in the air.

“We are slightly concerned that our flight home on Wednesday could be affected. The sky is still yellow. It’s around 29C (84F) but visibility is around 200m.”

A haze can be seen across the archipelago, and the islands have been described as “apocalyptic” looking by some on the ground.

Spain’s airport operator Aena tweeted on Monday to say operations have been affected by “Calima” and to check with airlines as to the status of flights.

Calima is the name for hot, oppressing dust and sand-laden, southerly to southeasterly, sometimes easterly winds in the Canary Islands region.

Winter, in particular, is the most common time for Calima can occur.