Home » Travel » Prince Philip: Duke of Edinburgh won’t do this with the Queen when he travels 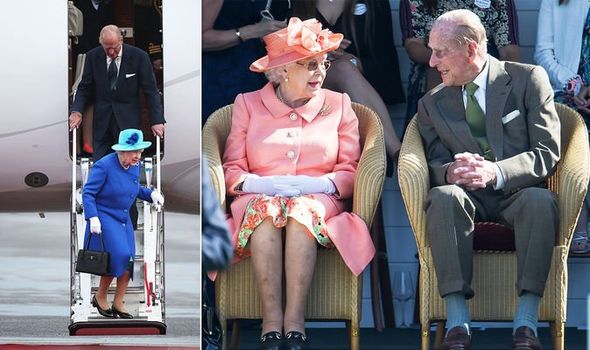 Prince Philip and Queen Elizabeth are the most senior members of the Royal Family. Consequently, there is very little about the pair that makes them like any other couple in the UK. However, there is one thing that they likely have in common with other husbands and wives of their generation.

Author Brian Hoey shared the insight in his book Not In Front Of The Corgis.

He claimed that the Queen and Philip don’t share a bed.

“With many couples of their generation and class it is perfectly normal for couples not to share a bed at all time,” he wrote.

However, the royal duo are said to not even break the tradition when they go away on holiday – often a time for couples to rekindle the romance. 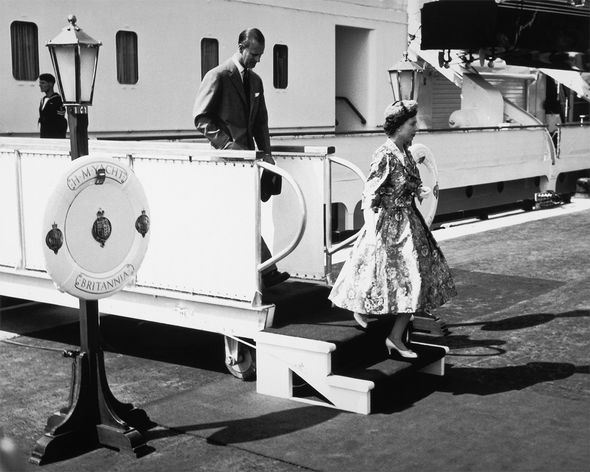 “Even when the royal couple had the use of the Royal Yacht Britannia, they had separate cabins and nowhere on the Yacht were there any double beds,” wrote Hoey.

“When Britannia was used for royal honeymoons, the crew (known as Yachties) would rope two single beds together.”

However, this alleged penchant for sleeping separately, even when on holiday, wasn’t just down to tradition, claimed the author.

According to Hoey, the Queen and Philip have very different sleeping preferences.

“The Queen likes a longer turn-back on her sheets and blankets and lace trimming on her pillowcases; Prince Philip does not,” said Hoey.

The author went on to explain how Philip’s upbringing likely resulted in the Duke’s preference for a cold room when sleeping.

“As he was brought up in the rigid, Puritanism of life at Gordonstoun [School], where cold showers and stoicism were the order of the day, he sleeps with his windows wide open whatever the weather temperature.”

Hoey added: “He has never used a hot water bottle in his life.” 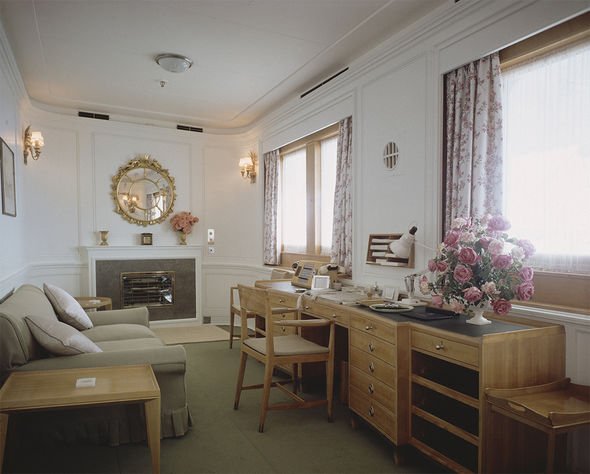 The Royal Yacht Britannia may have featured separate beds but it is still said to have had a saucy side.

According to Kitty Kelley’s book The Royals, Prince Philip liked to keep a rather titillating picture.

In the Queen’s passageway on the yacht, the Duke of Edinburgh allegedly kept a picture of Lord Mountbatten and actor Cary Grant in Las Vegas. 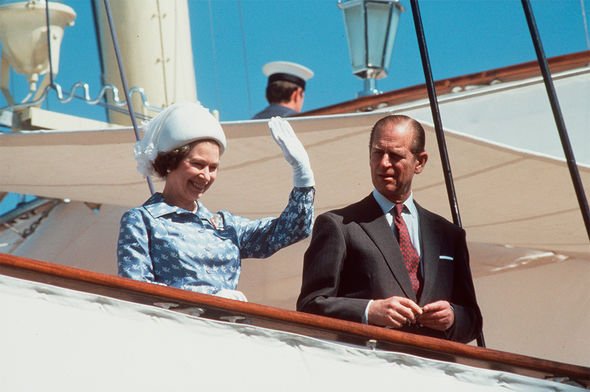 “In the picture, the two men turned their backs to the camera and so did the showgirls, whose rhinestoned-thonged backsides were without feathers,” wrote Kelley.

“Mountbatten found the picture of the bare-bottomed showgirls so amusing he had it blown up and hung in the Queen’s passageway on the royal yacht.”

Philip was so delighted with the risqué snap he is said to have decided to keep it on the Britannia.

“Philip, who roared with laughter would not remove it, even for state guests,” said Kelley.