Airlines are being urged to put ‘safety before profits’ by making sure young children are seated next to their parents during flights for free.

Many carriers charge passengers a fee to reserve seats together – meaning that families who don’t pay can be split up.

Now, US-based Consumer Reports has set up a petition, which has so far garnered 81,000 signatures, demanding that children under 13 should automatically be given seats next to the adults they are travelling with. 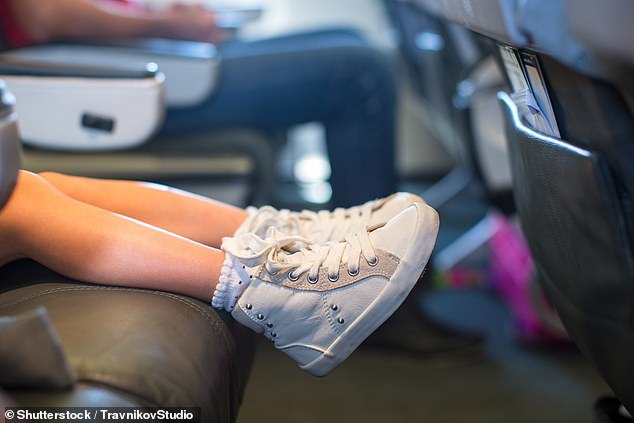 The consumer watchdog says it has received hundreds of complaints from travellers who claim they have been seated away from their children during flights because they did not pay extra charges for seat assignments.

It says in some cases children as young as two were seated apart from their families, with parents forced to ask strangers if they would be willing to swap seats.

Consumer Reports says there are also cases where families left the aircraft out of concern for leaving their children unaccompanied.

The petition is specifically aimed at the three big US carriers – Delta, United and American Airlines – and states: ‘Children 13 or under should sit with their families while flying, and should not be charged extra fees to do so.

‘Complaints have been filed against your airline for separating children as young as age two from their families.

‘This is a security hazard for the child and a safety threat to all passengers during emergencies. It also puts an inappropriate burden on customers who sit next to an unaccompanied child.

‘I expect you to put safety over profits, and seat children with their families without charging them extra for it.’

The petition comes two years after a report was released by the UK-based Royal Aeronautical Society, called Emergency Evacuation of Commercial Passenger Aeroplanes, which also called on airlines to make sure families are seated together.

It explained that if families are split up, it could have a ‘serious impact’ on an evacuation if an emergency were to occur.

The report stated: ‘This is especially important when adults and their children need to be seated near to each other if an emergency occurs, such an evacuation, decompression or air turbulence when the assistance and supervision of an adult are likely to be of paramount importance. 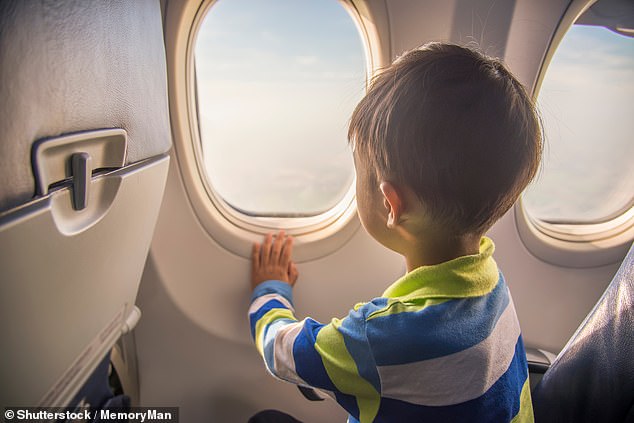 ‘The UK CAA decided that the seating of family groups should be such that family members are not seated remotely from each other since group members who are separated might seek each other out in an emergency evacuation, which might have a serious impact on passenger flow to emergency exits.

‘Children accompanied by an adult(s) should ideally be seated in the same seat row as the adult. In twin-aisle aeroplanes, children and accompanying adults should not be separated by more than one aisle.

‘When this is not possible, then children should not be seated more than one seat row forward or aft from accompanying adults.’

A spokeswoman for United Airlines said: ‘Our system will automatically seat children next to at least one adult travelling under the same passenger name record, even if the family does not choose their own seat assignment when booking travel.

‘We launched this technology last summer as part of several family-friendly initiatives aimed at improving the overall travel experience for all of our customers.’ 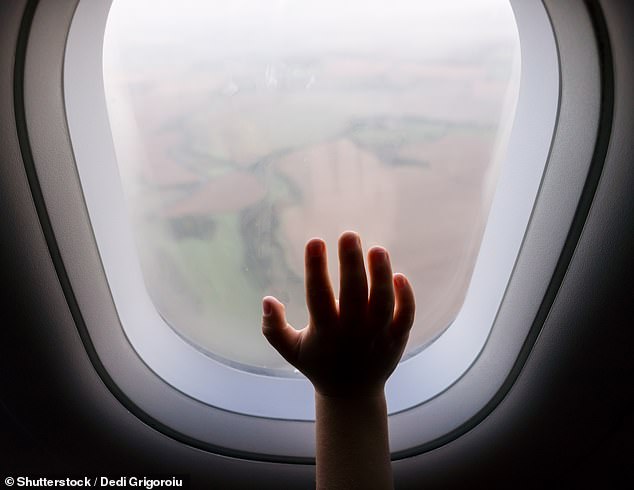 A Delta spokeswoman explained: ‘Regardless of the type of ticket purchased, Delta works with customers on a case-by-case basis to ensure their travel needs are met.

‘When customers have seating questions, we encourage them to reach out to us as soon as possible to allow for the opportunity to address their concerns.’

Meanwhile, American Airlines added: ‘Since early 2018, our team has spent a considerable amount of time developing a process that will ensure a child under the age of 15 is seated with an adult.

‘For families travelling with a child under the age of 15 who don’t have a seat assignment, our system will work to seat the child with an adult in the reservation starting 48-hours after the reservation is ticketed. This ensures the child will not be assigned a seat alone.

‘Additionally, we block seats on flights for airport control. This enables our airport team members to move people around, as needed, at the gate. This is helpful in case families book at the last minute, rebooking due to irregular operations, etc. We are confident that this process works well for families who choose to fly with American Airlines.’