Paul Hollywood Eats Japan sees celebrity chef Hollywood head East for a culinary and cultural road trip across Japan. Airing for the first time tonight, Hollywood will learn all about the extraordinary country, through its food. However, what else does Japan offer holidaymakers? Express.co.uk spoke to the travel experts to find out more.

When is the best time of year to visit Japan?

“Late Spring (March to May) coincides with the cherry blossoms and is, therefore, the most popular time of year. Cherry blossoms are so ingrained in Japanese culture that it’s an official pastime – hanami.

“Although there is no guarantee that you will be able to see cherry blossoms, generally your best bet is in late March in the South then, in early April the blossoms will reach the central islands (passing through Kyoto and Tokyo) before passing through to Hokkaido in May.

However, “try to avoid ‘Golden Week,” warned Tom Hughes from holiday home rental agency Clickstay. “This is typically the end of April to the middle of May. It’s incredibly busy with local holidaymakers as there are quite a few public holidays.”

The Spring months aren’t the only good time to visit Japan. “Autumn, particularly November, is almost just as good in terms of weather and scenery, with the added bonus of fewer crowds,” said Beeching.

“The change in leaves (known locally as koyo) is an incredible sight to see throughout the country with locals enjoying tsukimi, also known as ‘moon-viewing parties’ to view the leaves. Be wary of typhoon season which typically hits Kyushu in September.”

The temperatures are also pleasant, even in late November, only dipping into the early 20Cs.

“If you intend to visit Japan in Winter, you might want to plan the trip around seeing the Ice Festival in Sapporo, where people from around the world showcase their ice sculptures for one week in February,” continued Beeching.

“From December to February you will find places much less crowded but also much colder. However, if you are lucky, in the North snow is prevalent, with the Japanese Alps and the northern island of Hokkaido receiving the heaviest snowfall.

“Summer in Japan can be hot and humid in parts, particularly in the major cities. If you’re visiting in this season and would like to avoid the heat (it can get up to 40 degrees Celsius) we recommend hiking in the mountains on Honshu or enjoying a beach holiday in the Okinawa Islands. This time of year is also a popular time to climb Mount Fuji, which opens for climbers at the beginning of July.” 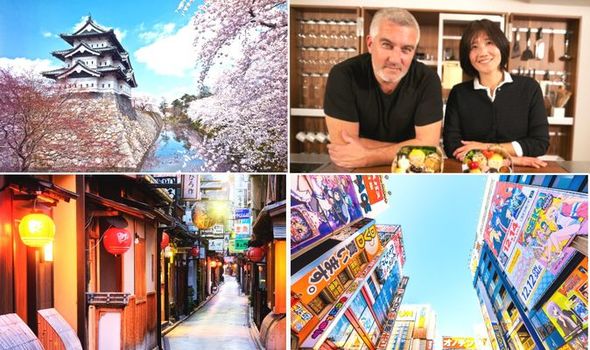 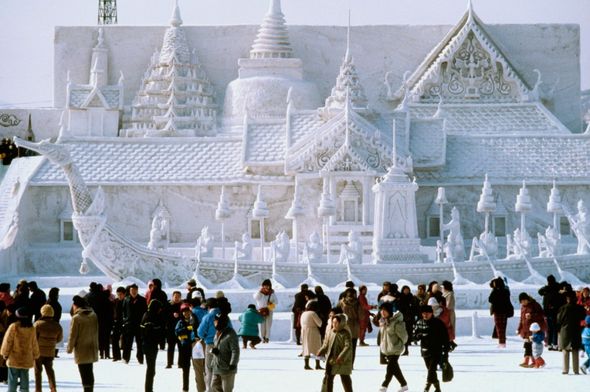 Where are the best places to visit in Japan and why?

“Everyone has to visit Tokyo,” enthused James Mundy from tour operator InsideJapanTours. “It lives up to the hype and more with its mix of new neon-lit high rises and traditional temples and gardens.

“The city is not so much about the tourist sites, but more about the atmosphere and things that happen. It is all so very different from any other major city – and it’s clean.”

“Be sure to join the gadget hunters in the shopping district of Shibuya as they negotiate the world’s busiest pedestrian crossing,” added Beeching.

“Seek solitude in the classical Hamarikyu Gardens, which plays host to the Tokyo Grand Tea Ceremony each October for a glimpse of traditional Japanese hospitality.”

Hughes also recommends trying karaoke in a nondescript tower block and people-watching in Ginza (the Chelsea and Knightsbridge of Tokyo).

Kyoto is another urban highlight for those looking to discover historic Japan.

“Kyoto offers history and culture in abundance along with a modern sensibility and incredible food,” said Beeching.

“It’s brimming with beautiful temples and ornate gardens, including a bamboo grove on the outskirts of town, with shaded avenues of the soaring trees. Visit the Gion district for a chance to see geisha wandering through the streets.”

“Stay in a machiya, a traditional Japanese house, as an alternative to a hotel or holiday rental in Kyoto,” Hughes added.

Visiting Japan is far from just about heading to the city, though. The country is 70 percent mountainous so getting out into rural Japan is highly recommended.

“One of the ‘must-try’ experiences in Japan is a stay at a traditional Ryokan guesthouse – sleeping on futons on straw tatami mat floors, served by your kimono wearing hosts,” said Mundy.

“The opportunity to try ‘Omotenashi’ Japanese hospitality and some amazing food is one not to be missed.

Japan tourists should also try a spa in Hakone National Park for the hot springs experience overlooking Mt Fuji or head north to the Tohoku region. The latter is “rural, traditional and rarely visited by tourists, but a taste of authentic Japan,” explained Mundy.

“There’s also an incredible little place called Takayama up in the mountains of Gifu,” added Beeching.

“The wonderfully preserved Old Town is a Unesco heritage site, where you can explore traditional homes and the streets are lined with sake breweries. It’s a great place to rent a bike and cycle out into the rolling countryside.

“It would be easy to add Hiroshima to this itinerary, for a chance to see the Peace Park and Museum. Then catch a ferry to nearby Miyajima to see the Itsukushima shrine, famous for its floating tori, the iconic orange gate that is one of the most photographed sights in Japan.

“Check your dates, however, as the gate is currently being restored. Considered one of the three ‘most scenic spots’ in Japan, take the cable car or ‘ropeway’ to the top of Mount Misen to enjoy the view and explore the temples found at the top of this holy mountain.

“The island is also home to the largest wooden rice scoop in the world, a symbol of good luck and good health, not to mention a good number of small, wild deer.” 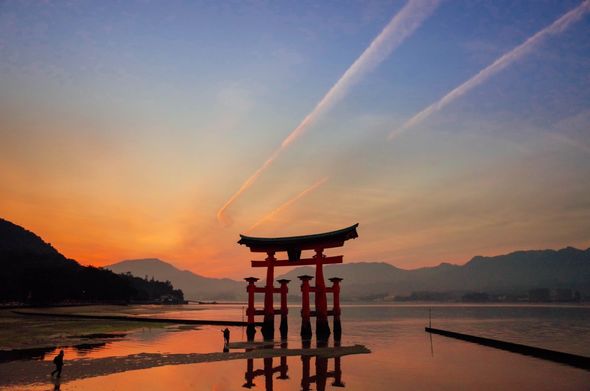 What’s the best way to get to Japan from the UK?

“Direct flights from London Heathrow to the Tokyo airports of Narita or Haneda depart daily (in normal circumstances),” Mundy explained.

Flying directly with the likes of ANA or BA takes around 12 hours, with return flights starting from £800.

“Alternatively, the fastest indirect route to Japan is with Finnair which take around 14 hours 30 minutes from London via Helsinki,” Mundy continued.

“There are plenty of flights from regional airports too with the likes of KLM flying via their Amsterdam hub.”

Indirect flights start from around £600 return. 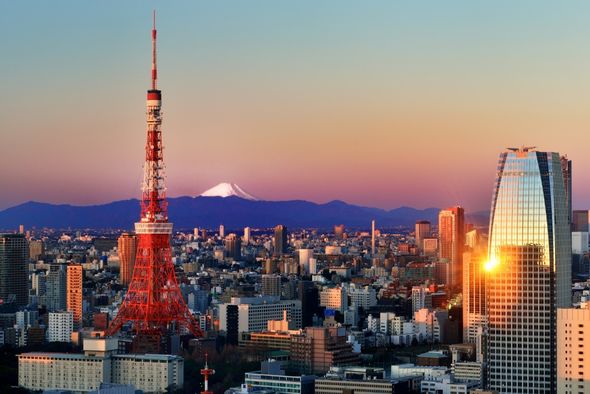 What are the top tips for accommodation in Japan?

“Japan has the full range of accommodation – from standard business hotels in great locations to super deluxe high luxury and recognised brands such as the Park Hyatt and Ritz Carlton,” explained Mundy.

“There is something to fit all budgets in Tokyo.”

Hughes recommends the Imperial Hotel in Ginza (well-located and good value) and the Hilton Tokyo Odaiba (reasonably priced with good sized rooms – some of which have wonderful views).

As for outside the city, “a stay in a traditional ryokan is a must for at least a night or two,” said Mundy.

“These traditional places also vary in standard from lower budget to super high-end.

“Ryokan is all about the hospitality with each guest looked after by a host usually wearing kimono. The rooms are quite light in décor. The rooms will have tatami straw mats and (in most cases) guests will sleep traditional style on a futon.

“When guests enter a ryokan, they are expected to leave the world outside as soon as they leave their shoes at the entrance. Most people wear a yukata ( a traditional cotton robe).

“Dinner may be included as is a traditional Japanese breakfast. There are often communal baths to relax in to and some have hot spring or onsen to enjoy – a very Japanese experience.

“There are also temple lodgings and traditional B&B minshuku accommodation and in some places traditional Machiya townhouses for hire too.”

“We recommend opting to include breakfast in Japan for ease and convenience,” added Beeching.

“Japanese restaurants don’t tend to have extensive breakfast menus or don’t open in the mornings, so it becomes difficult to find an early morning meal if you don’t have one in your hotel.

“The Western-style Japanese hotels are generally very clean but the room sizes are small and a family room can be very hard to find. Beware of the room type popular in Japan known as ‘Semi-double’ – this is a bed that is slightly larger than a single bed!”