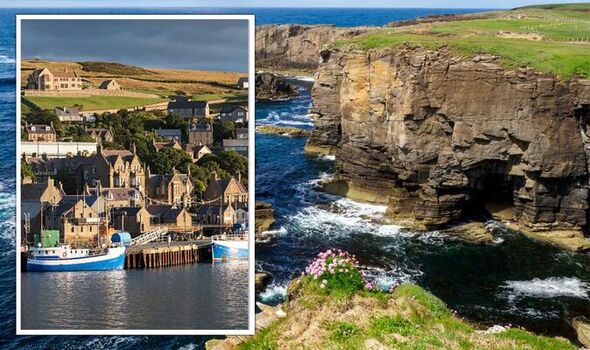 Time Out’s best places to visit in the UK in 2023 has found some of the most underrated staycations for next year. Although Eastbourne topped the list, a stunning Scottish destination was listed.

The Scottish Orkney Islands were listed as the 12th best place to go for a British staycation in 2023.

Time Out said: “Orkney is a bit of a trek from the English capital, but this otherworldly archipelago of more than 70 islands is about to feel that bit closer.

“Starting in April 2023, Loganair’s twice-weekly flights between London City and Kirkwall will provide a much-needed tourism boost for this intricate island network.

“Orkney boasts Britain’s largest concentration of prehistoric monuments and is worth a trip on that basis alone, but there’s plenty more to explore.

Time Out also recommends that tourists visit the Orkney Distillery for a gin tasting and end the day with live music at Ferry Inn.

Staycationers may want to save their visit until July, which is when the Ness of Brodgar excavation will open to the public.

Tourists will be able to get up close and personal with the 5,000 year old Neolithic site until August 17.

Skara Brae, another Neolithic settlement, is one of Orkney’s best rated attractions on Tripadvisor.

A visitor wrote: “This is a magnificent archaeological find and beautifully restored to show how people lived in this part of the world.”

Another said: “We visited here on a beautifully atmospheric misty morning. It did not disappoint!”

One person said they had visited as a child and wrote: “To see it again was amazing. It’s position by the sea makes this place even more magical.”

Saint Magnus Cathedral is another top destination and took about 300 years to build after construction began in 1137.

One visitor wrote on Tripadvisor: “It was wonderful to be somewhere with such a legacy.”

Another said: “What a magnificent structure! The size and design were just exceptional for a town of this size!”

One person said: “What a beautiful cathedral, so historic and a lovely calm space. Don’t miss, it’s just beautiful.”

Winter is long in Orkney and tourists can expect very cold and wet weather with strong winds.

Summer is generally fairly cool but temperatures can reach as high as 19 degrees in July and August.

Orkney does suffer from midges so tourists are advised to take nets for certain times of the year.

Tourists should also keep an eye out for the Orkney vole, a small mammal thought to have been introduced to the islands by early settlers.