Home » Travel » ‘It will happen!’ Britons could need booster jab for foreign travel as rules set to change 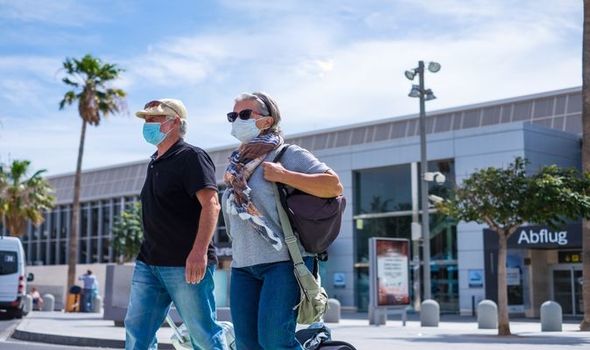 It is likely that British tourists over the age of 50 will need to have had a booster shot if they want to travel next summer. The update comes as France also changed its rules for over 65s, who need a booster shot to qualify for a vaccine passport.

Sajid Javid said: “In due course we will have to look at what constitutes vaccination. It’s something we have to keep under review.

“I can’t rule that out and we know now that the vaccines do wane and it’s important that where necessary people get a top up.

“We’re not looking at that yet. We are very focused on our booster programme.”

The Health Secretary did not rule out the possibility that booster jabs might be needed for foreign holidays.

Ministers are reportedly planning to reintroduce quarantine and testing to protect the UK from new Covid strains.

Under the proposed plans, people will not be able to use a negative test to travel abroad, only vaccination will be accepted.

The third jab can provide added protection once vaccination immunity from the two jabs has waned.

The Mail on Sunday reported that a Government source had said: “This is not going to happen immediately – but happen it will.”

Gillian Keegan, Care Minister, previously said that avoiding a booster shot would ‘not be good’ for those who want to travel next summer.

She said: “The advice at the moment is the double jabbed vaccination. But of course that will evolve as the third jab comes in.

“It would be unreasonable to say right now when we’ve only just started the programme, we’re trying to get this balance.

“It’s two doses right now. But as the vaccine passport concept will evolve, there will be ‘if you’ve had your booster’ because it’s probably not going to be good for next summer.”

Currently only 60 percent of those who are eligible for the booster vaccination shot have got it.

Under proposed travel rules, Britons would need to have the booster shot if they want to travel overseas.

Several countries have already brought in their own rules on vaccination and the booster shot.

President Macron announced that over 65s would need to have had a booster shot by the middle of December if they wanted to qualify for the Pass Sanitaire, the French vaccine passport.

This legislation is likely to also apply to tourists and would stop those without a booster shot from entering indoor venues without a test.

Croatia, Austria and Switzerland are part of a growing number of countries that have introduced vaccine expiry restrictions.

British tourists visiting Croatia and Austria will need to have been vaccinated within the last year to enter.

Israel also has an expiry date on vaccination passports and Britons will need to have received a booster within six months if they want to travel to Israel.