An island that disappeared off the North Carolina coast two years ago not long after forming is back.

Shelly Island, off the tip of Cape Point in Buxton, appeared in January 2017, eventually measuring one mile length-ways and 400ft across. But it vanished in early 2018 after being battered by a series of storms.

The landmass is proving to be resilient, though. A few days ago beachgoers spotted a 98ft-long (30m) sandbar in roughly the same spot that Shelly occupied, with photographs showing birds sunning themselves on it. 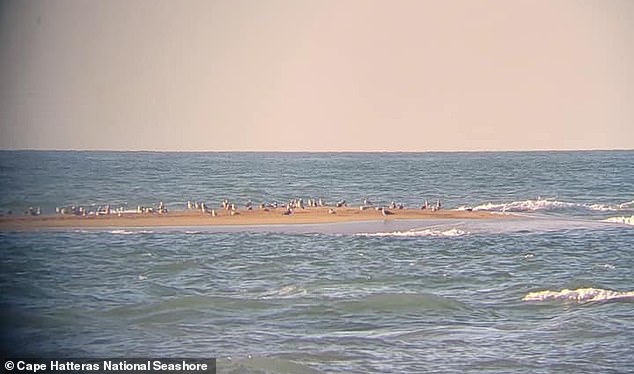 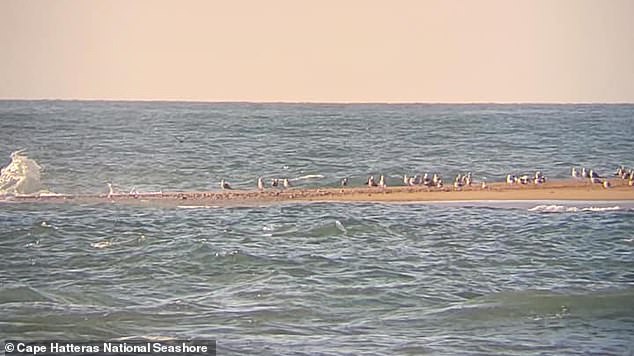 Cape Hatteras National Seashore said that it was unsure if the isle could ‘continue growing in size’, or if it will get ‘washed away with the next storm swell’

The photos were posted on Sunday to the Facebook page of Cape Hatteras National Seashore, which is managed by the U.S. National Park Service and protects that stretch of coastline.

Its officials advised visitors against accessing the sandbar ‘due to the deep, cold water, and dangerously strong currents between it and the tip of Cape Point’.

There are likely to be risks from wildlife, too.

When Shelly Island formed Bill Smith, president of the North Carolina Beach Buggy Association, said that five-foot-long sharks and stingrays ‘as large as the hood of a truck’ had been spotted surfing in the shallows.

Cape Hatteras National Seashore added that it was unsure if the isle could ‘continue growing in size’, or if it will get ‘washed away with the next storm swell’. 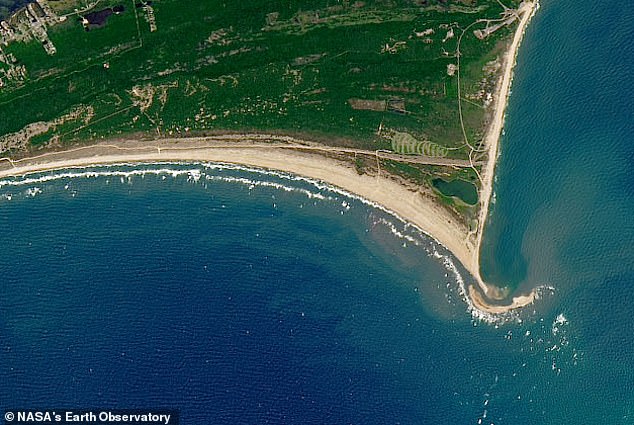 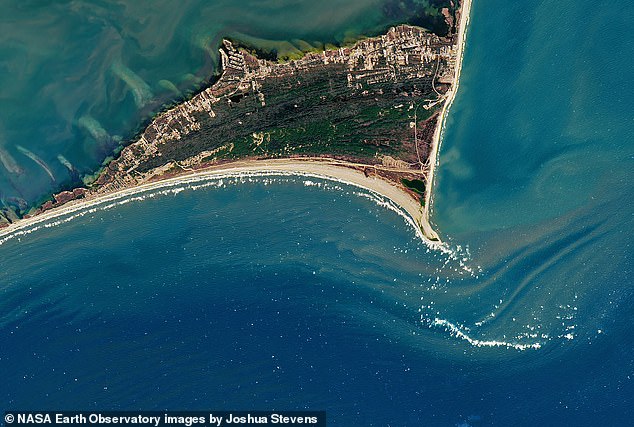 A Nasa image from February 16, 2018, revealed how Shelly Island had disappeared

Kathryn Hansen, from Nasa’s Earth Observation, said the ‘reasons for the island’s formation and evolution are complex and not entirely clear’.

She continued: ‘Coastal scientists have speculated that weather conditions were just right in 2017.

‘Winds were strong enough to stir up the waves and currents that carry sand alongshore from the more northerly barrier islands toward the Cape. 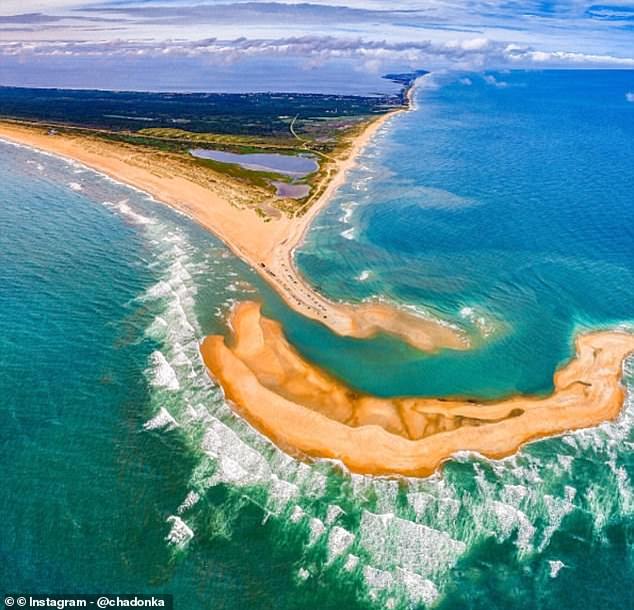 When Shelly Island, pictured, formed Bill Smith, president of the North Carolina Beach Buggy Association, said that five-foot-long sharks and stingrays ‘as large as the hood of a truck’ had been spotted surfing in the shallows 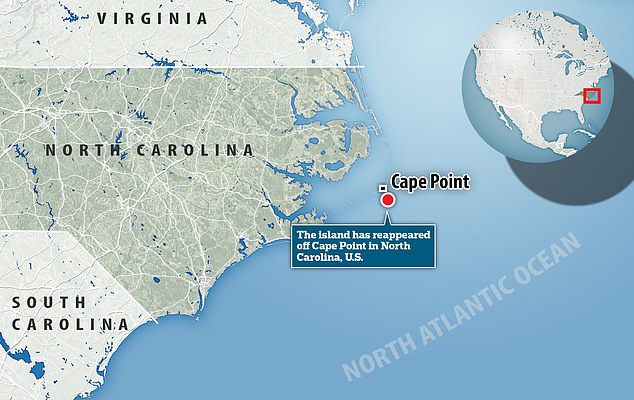 A map showing where the sandy isle is located. Locals have applauded its return

HOW ARE SANDBARS FORMED?

Continuous wave action and storms can build a sandbar until it becomes a barrier island.  The landmasses, which sit just above the water’s surface, are made from either sand, gravel or silt. They are generally long and narrow and they tend to form in a straight line.  One example of this is Miami Beach, Florida.  It lies on a barrier island that was created by wave action and storms over many thousands of years.

‘Then winds became calm enough for that sand transport to be halted by obstacles such as circular currents within Hatteras Bight and the expansive shoals of the Cape.

‘Sand accumulated, an island grew, and tourists flocked to the area to witness the spectacle.’

Locals have applauded its return.

The sandy outcrop was unofficially named Shelly Island because it was peppered with shells.