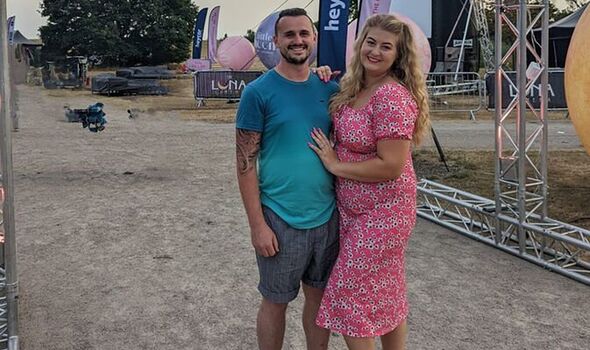 A fiancée was heartbroken after discovering on Facebook that TUI had cancelled her dream wedding.

Hope Woolston and her partner booked the wedding and holiday to Costa Rica in May this year for the same month in 2023, and were assured TUI was the “stress-free” way to get hitched. Four months later, though, Hope read on social media TUI was axing trips to the Central American country.

Writing for Essex Live, Hope said: “Those booked up to the end of April were having their bookings cancelled.

“TUI was also no longer offering any holidays to Costa Rica between February and November 2023 and some customers had been told that from now on they were only offering it as a winter destination.

“This sent me into utter panic mode – had my dream wedding been cancelled? And what could I do about it?”

Hope and her spouse had picked Costa Rica for its “tropical climate” and fascinating wildlife.

But the woman broke down in tears at her mum’s house after reading the news.

Hope, of Colchester, Essex, continued: “I remember breaking down into tears at my mum’s house, not knowing what we were going to do. We contacted TUI and were told that up to April had been confirmed but nothing had been said about May yet (although posts on Facebook suggested otherwise).

“Over the next few weeks, we tried to stay positive and go forward as if we were still going as nothing had been confirmed. However, around a month ago we got a call telling us that TUI was not flying to Costa Rica in May.

“Despite being told by a member of TUI staff, the store that we booked at was refusing to confirm that our wedding and family holiday would not be happening, instead telling us that they were working through cancelled bookings in date order. We were told that when, and if, our booking was cancelled we would be offered a 10 per cent ‘rebooking incentive’.

“However, that discount was off current prices, which I was seeing go up by hundreds of pounds each week, rather than the prices from May when we had booked. The next few weeks were very stressful and confusing with different people telling us different things.”

“One person told us we could go and rebook before the cancellation was confirmed, but we wouldn’t get the discount, while another told us we would be charged to do that. We were given a date when the discount code would be available but that passed and nothing happened.

“I felt like I was left in limbo with no control over my wedding day, with less than eight months to go until I was supposed to get married I had no idea what was happening. TUI’s prices were increasing to the point that we wouldn’t be able to afford a wedding like the one we had initially booked and my faith in the company was continuing to fall.”

Now Hope wants to raise awareness of the chaotic situation by sharing her own experience.

She spoke to a company director within days of using her position as a journalist.

“He was very apologetic and confirmed that TUI was no longer flying to Costa Rica in May and that our booking was being cancelled. She offered me the chance to amend my booking with a 10 per cent discount and also offered a £100 voucher per person as a ‘gesture of goodwill’,” Hope continued.

“Given the experience, I’d already decided that I wanted a refund. The director told me I’d have to go into the store where we booked to get our money back.

“That’s just what we did and despite the store having no idea about the conversation I’d had with the director, our refunds were authorised and three days later all of our party had received their refunds. I am glad that we have finally got to this point, and now have another wedding booked with a different company that we are very much looking forward to, however, my experience has been so stressful that I felt I needed to share it.”

It is unclear why TUI cancelled flights to Costa Rica, home to just over five million people.

A spokesperson for the firm said: “We’re really sorry that Ms Woolston and her wedding party have been affected by these changes to our flying programme. We understand this was meant to be a special occasion and the cancellation of her booking is disappointing.

“We’ve provided a full refund to Ms Woolston and offered a gesture of goodwill for her to use on a future TUI holiday. Our team is currently working through impacted bookings in departure date order and they are proactively contacting customers affected by any changes.”