Home » Travel » Holidays: Real beaches you can enjoy in Netflix films and shows during self-isolation 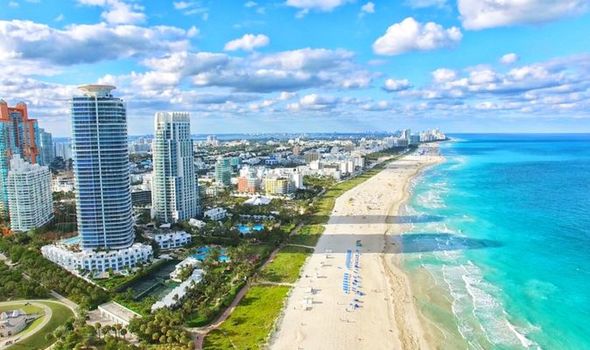 Beach holidays are not an option for Britons at the moment. The UK government has restricted all but essential travel for an initial period of 30 days. So any travel will have to be in our imaginations for now – and luckily hit TV shows and films can help with this.

Holiday rental company havenonearth.co.uk has rounded up the real beach locations you can enjoy on Netflix.

They revealed the top 10 real beach filming locations and their Google review scores.

“In this time of great suffering, and at a time where travel is severely limited, we’ve put this list together so that people at home who may be missing holidays can still get that feeling of escapism and enjoy some of the world’s most beautiful locations,” said the team.

So where are these beaches and what should one watch on Netflix to get an eyeful? 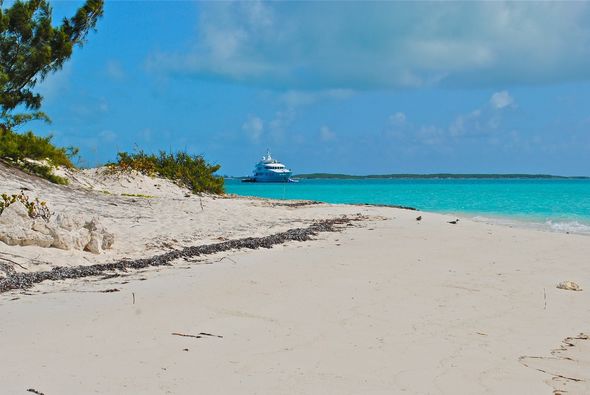 Exuma is a district of the Bahamas, consisting of over 365 islands, also called cays. The largest of the cays is Great Exuma, which is 37 miles (60 km) in length.

According to the official site of the Bahamas: “With sapphire-blue water everywhere, The Exumas are an exotic collection of dream destinations. Footprint-free beaches, ultra-exclusive resorts, and islands fit for celebrities make this tropical paradise an absolute gem.

“Here, nature outnumbers man, coastlines remain flawless and private homes play host to some of the world’s most famous stars. The Exumas truly are the ultimate escape.”

See the island yourself in Fyre: The Greatest Party That Never Happened – a Netflix documentary film examining a luxury music experience on a posh private island that failed spectacularly and never took place.

“The island once was home to Native Americans, militiamen, prisoners of war, and farmers,” explained the park website.

“Today some private residents still call the island home. Historic structures, such as Fort Andrews, built at the start of the 1900s, along with the restored WWII-era Chapel, reside at this location.

“Peddocks Island is also rich in biodiversity and is home to wildlife such as deer and turkeys, making it a fun location to explore. Come enjoy a day of hiking, bird watching, or simply settle into one of multiple campsites.”

“The bridge is located on Beach Rd connecting Edgartown and Oak Bluffs.

“Lots of kids and adults make their summer splash by jumping off of Jaws Bridge.”

Jaws is a 1975 American thriller film directed by Steven Spielberg and based on Peter Benchley’s 1974 novel of the same name.

“Miami Beach is everything you’ve heard about, but you have to see it for yourself,” enthuses tourist board Visit Florida.

“Take an Art Deco tour of Miami Beach to fully appreciate the area’s signature architecture. The South Beach Art Deco District is a whimsical collection of more than 800 architecturally protected buildings in Miami Beach from the 1930s and 1940s – a definite must-see.

“Stay in one of its boutique or throwback hotels – you’ll also find some of Miami Beach’s finest dining, nightlife and spas here. North Beach’s Ocean Terrace is fast becoming a smaller version of South Beach, with inviting oceanfront hotels and cafés.

“Regardless, be sure to go for a beachside stroll or to Haulover Park for fishing, bike rides, tennis or golf. And, of course, Miami Beach’s nightlife always concludes an unforgettable vacation day.”

The Assassination of Gianni Versace is a nine-episode drama “about the shocking true story of a manipulative, narcissistic fantasist with a fatal charm who killed fashion designer Gianni Versace,” explains the BBC. 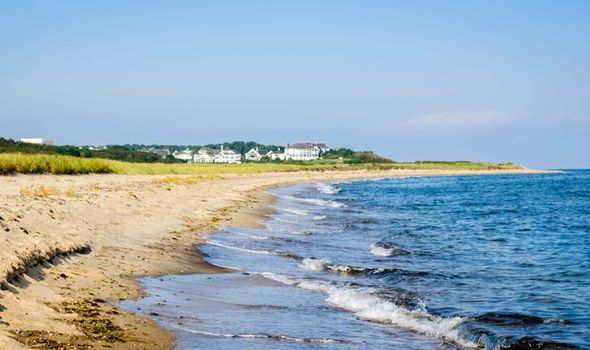 “Nazaré beach, with its mild climate and natural beauty, has one of the most ancient traditions connected to fishing in Portugal,” explains Visit Portugal.

“The long sandy half-moon shaped beach, which is also the town’s seafront, is known for its grandeur and for the brightly-coloured awnings that decorate the white sandy beaches, contrasting with the blue of the water.”

They added: “These days, Nazaré’s major attractions are the waves and surfing, thanks to the ‘Nazaré Canyon’, a submarine geomorphological phenomenon that allows the formation of perfect giant waves. It is the largest underwater canyon in Europe, about 170 kilometres along the coast, reaching a depth of 5,000 metres.”

According to website Live Salerno: “The beach of Buondormire is among the most popular beaches of Salerno, it’s located right in the heart of the Cilento Coast, and is one of the most beautiful places of Cilento.

“Here you will find a surreal landscape, the beach is famous for the incredible colours of the sea, here the water is clear and emerald, the sand is golden and very fine.”

Wonder Woman is a 2017 American superhero film based on the DC Comics character of the same name starring Gal Gadot.

“Stiniva beach is located at the southern part of the island Vis – the farthest inhabited island in Croatia,” clarifies website Stinvia Vis.

“Stiniva cove is known for its unique natural beauty dominated by high cliffs that form a small ‘sea entrance’ to this pebble beach with clear turquoise sea. It was voted, by tourism organisation European Best Destinations, as the most most beautiful beach in Europe.” 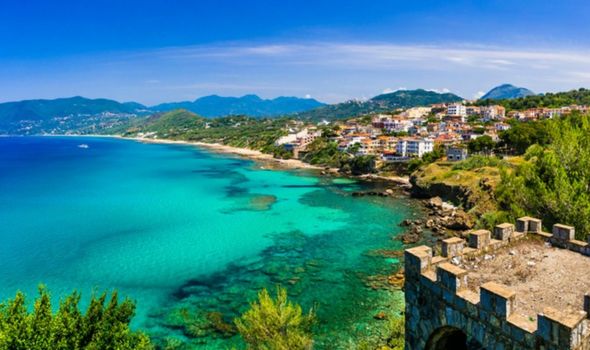 Bocagrande is the longest of the Cartagena’s beaches, filled with tourists and somewhat nostalgic Miami Vice backdrop.

There is a strip of white sand and the beach is conveniently located just minutes from Cartagena’s best neighbourhoods and hotels.

“Jamaica Beach is one of the most known beaches of the famous and fascinating village [of Sirmione]; a paradise corner, a dream place with pure water,” explains website Italian Lakes Tours.”

Call Me by Your Name is a 2017 coming-of-age romantic drama film directed by Luca Guadagnino. Its screenplay, by James Ivory, who also co-produced, is based on the 2007 novel of the same name by André Aciman.

“Tomonoura is a picturesque port town located in Fukuyama City with more than 1000 years of history,” explains Visit Hiroshima.

“For a long time, the port was a pivotal crossroads for trade in the Seto Inland Sea. The stone lantern and stone pier in the harbour were built during the Edo period (1603-1867).

“The view of the Seto Inland Sea from the Edo period guesthouse Taicho-ro in Tomonoura is so picturesque, a Korean envoy famously remarked ‘it’s the most beautiful view in Japan.’”