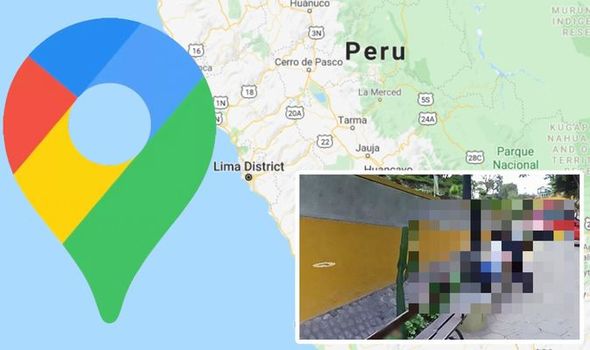 Google Maps Street View is intended to be used for geographical purposes. The fascinating service enables users to explore different locations around the planet from ground view. However, the tech giant’s cameras also snap people going about their lives.

This can result in all sorts of intriguing sights, from funny oddities to creepy goings-on.

Sometimes, though, they can prove both shocking and eye-opening.

This was certainly the case for one man who lived in Peru.

A photo on Google Maps Street View led him to unearth the horrifying truth about his wife. 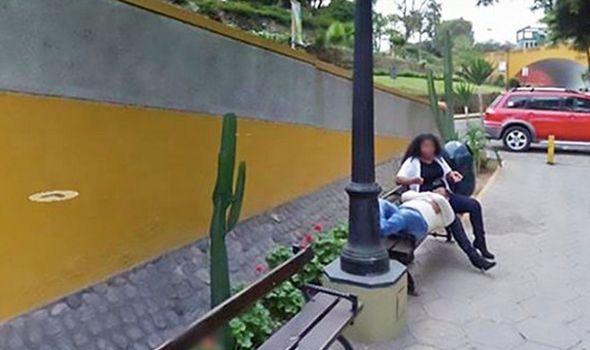 The husband discovered his wife was having an affair after spotting her on Street View.

The photo of the affair – which went viral on Facebook – suggests nothing illicit at first glance.

The shot depicts a row of benches by a wall along a pedestrianised path on an overcast day in Lima, Peru.

On one of the benches is a man and woman.

They are by the city’s Puente de los Suspiros de Barranco (Bridge of Sighs of the Ravine).

The woman, who is wearing a back top with a white shirt and black jeans and boots, is sitting up.

The man, in blue jeans and a white jumper, is lying with his head on her lap.

The dark-haired woman’s hands are lifted above his head suggesting a gesture of tenderness. 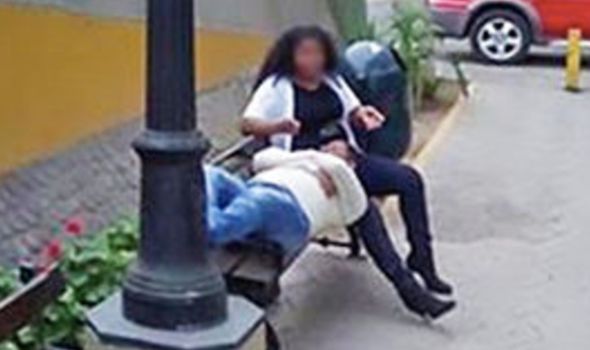 The man’s face is not visible and Google has blurred out the woman’s face.

This is standard from Street View as the service tries to protect people’s privacy.

However, while the average user may have not thought twice about this seemingly unrecognisable woman, this was not the case for the duped husband.

After the man stumbled across the scene, back in 2013, he recognised his wife from her clothes. 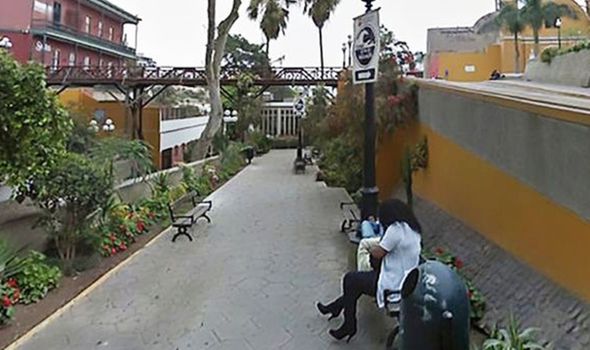 The husband determined to confront his spouse about what he had seen.

When he did so the wife admitted she had indeed been having an affair.

Sadly the pair went on to get divorced after the infidelity came to light.