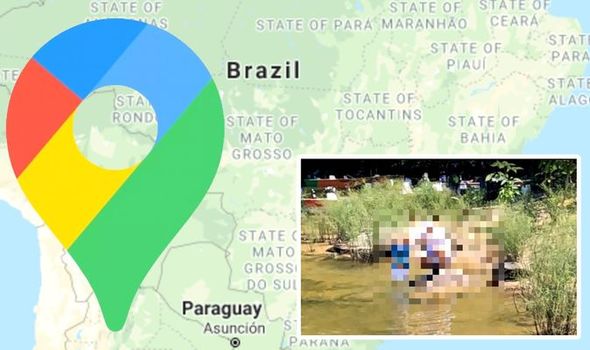 Google Maps Street View is a key mapping tool that many use to get from A to B. It’s also used by the curious to see what people around the world get up to. When something out of the ordinary is spotted, more than likely it will be shared online.

This was the case for one scene which was posted onto content-sharing site Reddit.

The photo was taken in Brazil.

It shows a man involved in a rather bizarre scene.

He looks to be doing an activity that one normally does in the privacy of one’s own home. 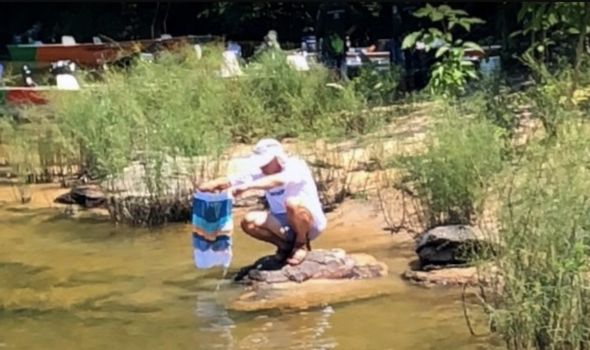 The man is crouched beside a river on a raised rock.

He is wearing a sun hat, a white T-shirt and blue shorts.

However, in his hands, he is holding up a colourful item of clothing.

It’s a pair of stripey shorts.

It would seem the man in the photo is washing the garment in the river.

However, it begs the question – why is he doing so?

Are the shorts he’s currently wearing actually underwear and the bright shorts suffered an unfortunate accident that required them to be washed?

What’s more, he doesn’t seem to be using any soap or similar cleaning aid and the water looks rather brown and unclean. 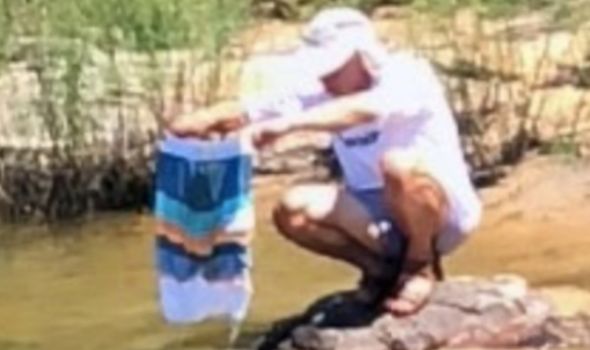 Unfortunately, the photo is simply a snapshot in time.

Consequently, the story behind the odd scene remains a mystery.

The Google Maps user is simply left to wonder what the man is really up to.

The photo was captioned “Somewhere in Brazil, a man washing his shorts in the nearby river.” 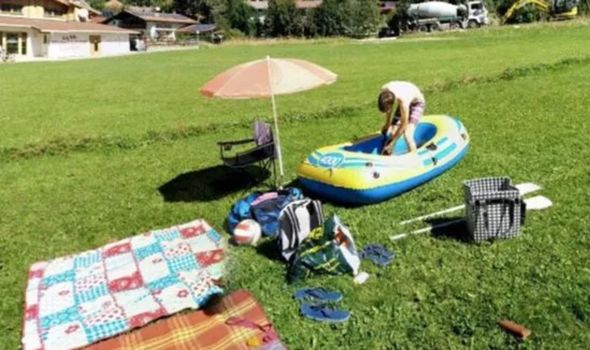 The man is far from alone in being snapped while doing something out of the ordinary.

Another man in Austria was seen manning an inflatable boat.

He caught Street view users’ attention after it was spotted he was, oddly, still on dry land.

However, many speculated the man was simply preparing the boat ahead of launching it onto a lake.