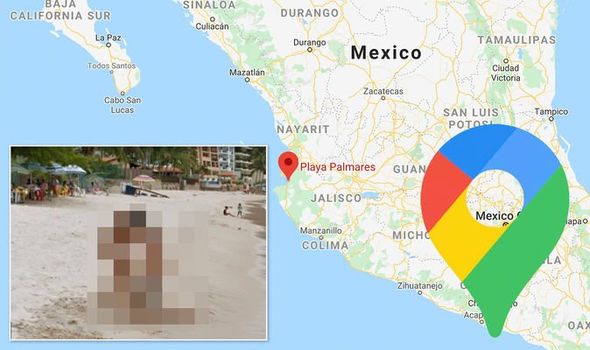 Google Maps Street View captures scenes from all over the world as the Google car maps the streets of the globe. Often the sights it photographs can be weird, funny, shocking and even intimate. One photo going viral from a Mexico beach falls in the category of the latter.

They were seen enjoying a very romantic day out on the sands.

Both are wearing swimwear – the woman in a bikini and the man in patterned shorts.

They appear to be in the middle of a very exciting – and personal – event. 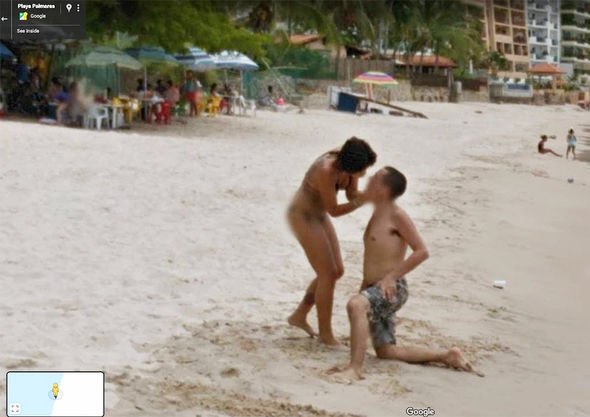 The man has his back to the beach and is down on one knee as he faces his partner.

It appears as though he may well have proposed to the woman – although one cannot know for sure.

The woman, meanwhile, is bending down to kiss the man.

She holds his face in both her hands as she leans down for the intimate move.

If indeed it is a marriage proposal the Google Maps viewer it witnessing, it would seem the woman has accepted.

Both the faces of the couple are blurred out in order to protect the privacy of the pair.

This is a standard step taken by Street View.

Google explains on its website: “Google takes a number of steps to protect the privacy of individuals when Street View imagery is published to Google Maps. 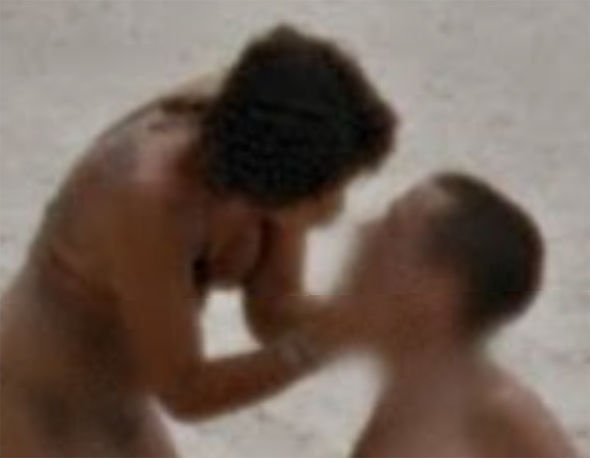 “If you see that your face or license plate requires additional blurring, or if you would like us to blur your entire house, car, or body, submit a request using the “Report a problem” tool.

“Please note, however, that once Google blurs an image, the effect is permanent.

“If you submit a request to have your house blurred from Street View imagery, all historical and future images of your house will also be blurred.” 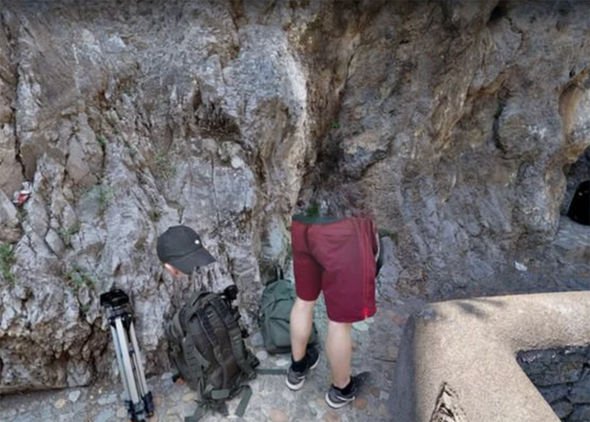 One man was snapped in Italy was seen looking highly unusual. While his lower half appears entirely regular, his top cannot be seen – no torso, no arms, no head – nothing.

What’s more, his head, wearing a backwards baseball hat, is floating next to him.

It is very likely the distorted image is the result of a technological glitch with Google Maps. The photography splicing has caused the problem due to the way the images form.