Google Maps Street View was developed in 2007, mostly as a way of helping people with directions. The app allows users to zoom in from a bird-eye-view traditional map right down to street level to get an up-close look at the surroundings.

As the years have passed, however, users have begun to find another use for the app.

Google Maps Street view has become infamous for its ability to spot unlikely and sometimes bizarre scenarios all across the world.

In some cases, the actions of citizens snapped by Google’s cameras must be blurred.

Such was the case for a couple who were spotted sunbathing on a beach in the Spanish holiday hotspot of Majorca. 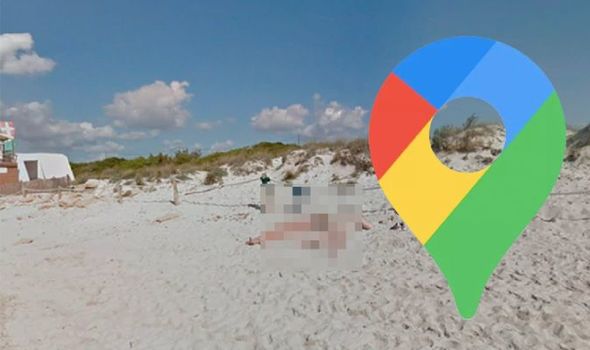 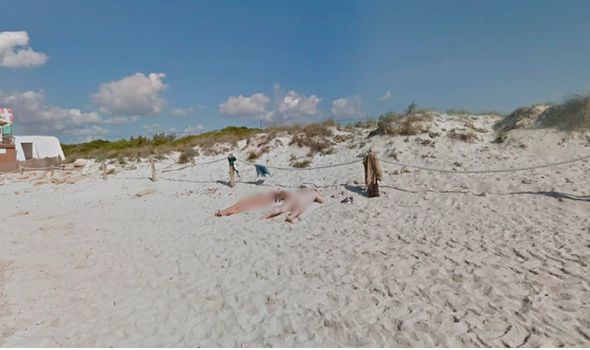 The scene unfolds on the beach of Es Trenc in the Fields in Majorca.

On first glance, there is nothing out-of-the-ordinary about the seaside scene.

The sandy dunes roll out towards a tranquil blue ocean.

Beach-goers can be seen frolicking in the waves or relaxing on the shoreline beneath the golden sun.

However, while most holidaymakers don’t case much of a scene, it seems two sunbathers caused quite a stir.

Positioned towards the back of the beach a couple can be seen laying in front of a rope fence, separating the sand from the grasslands behind.

Upon this fence, items of clothes can be seen hanging.

A blue shirt, strewn across the rope appears to flap in the breeze, meanwhile, a tan coloured jacket can be seen hanging from the top of a wooden fence post. 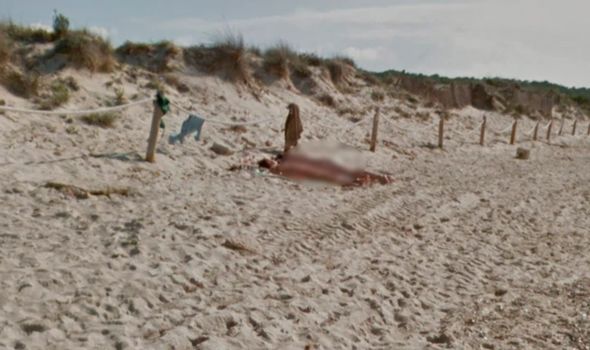 The couple, however, are both completely free from all clothing.

It seems the duo were set on side-stepping any tan lines by basking completely nude in the sun.

Therefore the tech giant has taken steps to try and omit any risqué scenes from its images.

As a result, the sunbathing couple has had their entire bodies covered by a blur.

All that can be seen are their extremities, with the main bulk of their bodies hidden.

It adds: “Google takes a number of steps to protect the privacy of individuals when Street View imagery is published to Google Maps.