Google Maps uses satellite imagery to capture photographs of the world from above. Users can then click they way around the world, discovering towns, cities and islands from the sky.

While the technology is great for mapping new routes and figuring out directions, users are increasingly discovering its ability to uncover some of the world’ greatest mysteries.

One user recently stumbled upon a shipwreck, just off the beach of North Sentinel Island, which they shared in a Reddit forum.

North Sentinel Island is one of the Andaman Islands, an archipelago in the Bay of Bengal and is a destination largely unvisited by many.

This is due to its inhabitants – an indigenous tribe known as the Sentinelese who remain one of the last groups of tribal people largely untouched by modern civilisation. 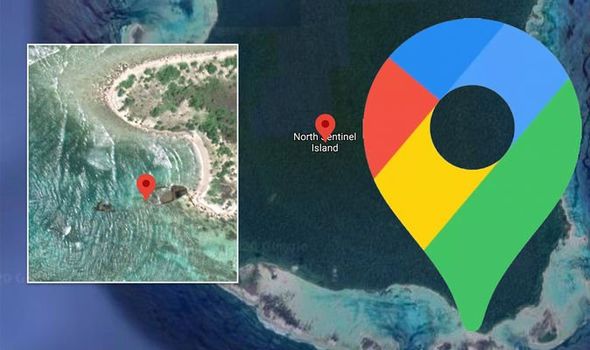 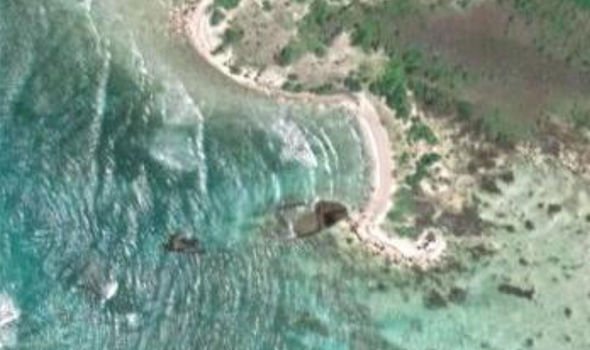 As a result, they are protected by the Andaman and Nicobar Islands Protection of Aboriginal Tribes Act of 1956, which prohibits travel to the island and any approach closer than 9.26km.

However, this has not stopped explorers in the past making an attempt to meet the tribe.

However, the Sentinelese have been known to reject visitors in the past, often turning violent when approached by the outside world.

An incident such as this was captured by Google Maps’ cameras.

From above, the image shows a shipwreck which now resides just off the shores of the island.

The outline of a huge boat can be seen rising up from the blue water.

The middle of its body seems to be engulfed in the ocean waves.

Seemingly a stone’s throw away is the sandy beach of the island and home to the indigenous tribe. 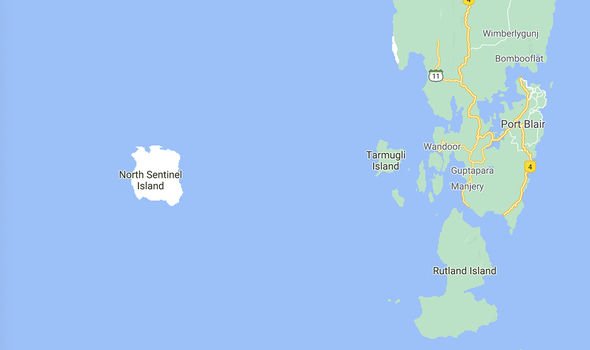 The Primrose was a 16,000 ton freighter which found itself in trouble while transporting a cargo of chicken feed from Bangladesh to Australia in 1981.

The ship and its crew found themselves stranded on North Sentinel Island’s shores.

Soon, it caught the attention of the tribespeople who launched an attack.

The ship’s captain made a desperate call to a Hong Kong shipping company, urgent airdrop of weapons to fight off what he described as “wild island people carrying spears and arrows”.

“Worrying they will board us at sunset. All crew members’ lives not guaranteed.”

As the weather grew stormy, the 31 crew members held up a fight against the island folk with makeshift weapons, before finally being rescued.

After several failed attempts, a helicopter winched the crew to safety.

The Primrose, however, was left behind forever.