Google Maps Street View is a great tool for helping map your way around the world. Using 3D cameras, the tool photographs streets around the world and then stitches them together in post-production to create a world which viewers can click their way around.

Along the way, more and more users are uncovering some rather unexpected moments.

In Brighton, viewers were shocked when they happened upon what appears to be a seaside animal “attack”.

Though the moment may have caught Google Maps’ users off guard, this scene is probably a frequent occurrence for those who live by the seaside.

In the image, a seagull appears to have flown within inches of Google’s camera. 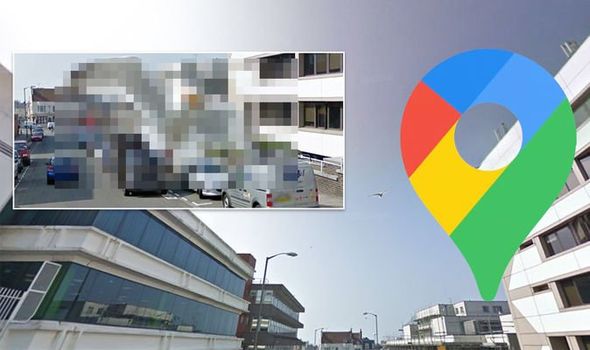 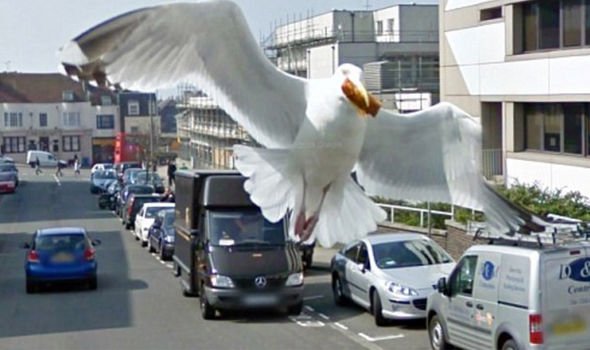 The animal appears huge due to its proximity to the lens.

However, this is not what catches viewers’ attention the most.

It is what the seagull is carrying it its beak which reveals an incident which has likely happened just minutes before.

Indeed, the bird appears to be carrying a big, chunky chip in its mouth.

We have all heard tales of seagulls dive-bombing unsuspecting beachgoers enjoying their fish and chips, however, it seems Google’s cameras have snapped the evidence.

This Brighton-based bird looks to have made off with someones beachside supper, flying along John Street in the city centre.

The moment was described as a “seagull attack” by WeirdGoogleEarth.com which shared the image.

The image has also circulated on Twitter in recent years, with users finding humour in the animal’s move. 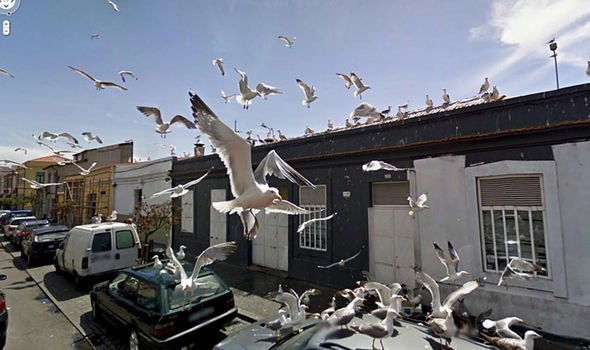 One Twitter user said the image captures the “true spirit of Brighton.”

This is not the first time seagulls have found themselves in the spotlight thanks to Google Maps Street View.

In a separate incident, a massive flock of seagulls can be seen raining down on a residential street.

The image depicts a busy road in an unknown location, with houses either side.

As cars travel up and down the road, an array of white birds can be seen swooping down from the sky.

Many of them are perched atop the roofs of houses, appearing to look out over the neighbourhoods.

Others seem to have found comfort in sitting on top of parked cars.

Sadly, it seems they have also left their mark on many of the houses and vehicles in the form of white smatterings of what appears to be bird poo.