3D-printed holiday homes, self-driving vehicles to get to them – and we’ll all flock to Blackpool for a beach fix: Futurist predicts what holidays will be like in 2070

Holidays in 2070 will see people stay in 3D-printed accommodation after travelling there in a self-driving vehicle – and Blackpool will be the destination of choice for a beach fix.

That’s according to futurist Tom Cheesewright, who has predicted what a getaway in 50 years’ time might look like.

He has worked with holiday home company Willerby, as part of its Great British Break Off report, to examine how the major changes in the ways people might be living and working in five decades will reshape what a holiday means. Here he reveals what he believes the 11 key trends of holidaying in 2070 will be… 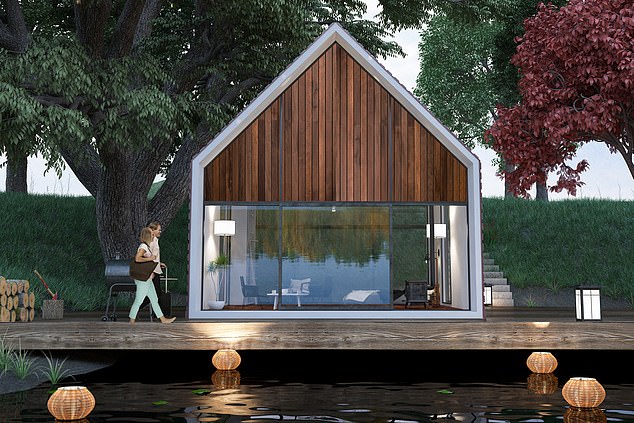 By 2070, futurist Tom Cheesewright believes that 3D printed houses will have extended to holiday homes

As people crave an escape from the busy cities and the chance to get back to nature, holiday homes that are embedded into the ground and are at one with the environment will become popular, says Tom.

He added: ‘The trend for 3D-printed houses will have extended to holiday homes and we’ll create looks to resemble natural local materials like slate or timber. There will be living walls where holidaymakers can pick their own herbs, integrated solar panels and on-site water processing.

‘But we won’t give up luxuries entirely. There will still be an array of entertainment options cleverly hidden away to access on our own terms.’

The end of budget beach holidays

Rising costs from climate change and new work patterns will see the end of the traditional two weeks in the sun, according to Tom.

He explained: ‘We’ll feel less bound to our homes and with more flexible working too, our definition of a holiday – a period away from home with a fixed beginning and end – will shift. One result of this will be the death of the big annual two-week beach holiday – most of us will only go abroad every four to five years, certainly long haul.

‘But it’s not all as bad as it seems. Instead we’ll see more sabbatical style breaks going mainstream, with people escaping for much longer periods of two to three months. We’ll see Britons touring South America or Asia, going to live in California for a season or renting a house overlooking a lake in Vancouver for an extended period.’

Less stress (thanks to your digital assistant) 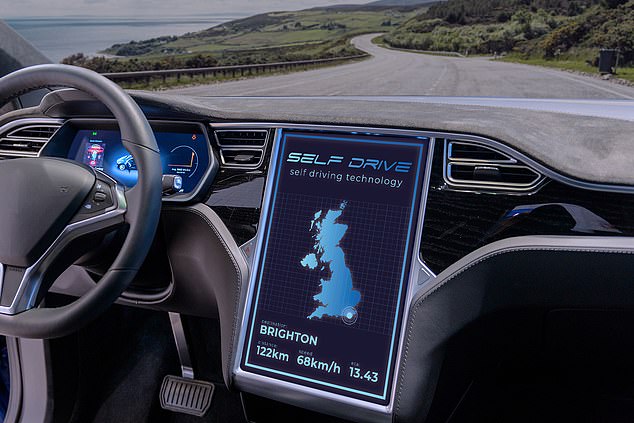 By 2070, more holidays will be closer to home with autonomous vehicles to whisk you away, says Tom

Agonising over your car hire or insurance? Just leave it to your digital personal assistant, says Tom who believes we’ll all have one by 2070.

He added: ‘Just tell it where you want to go and everything will be packaged up for you in minutes.

‘Add to this the fact that more holidays will be closer to home, with autonomous vehicles to whisk you away, and the whole getaway experience will become much less stressful.’

Working on your side hustle

Tom says that longer holidays will inevitably mean people will take work with them.

But he believes that as workplaces become increasingly flexible, bosses are likely to send employees away with a creative project to focus on, rather than expecting day-to-day involvement and answering emails.

He said: ‘Holidays will also offer a chance to develop your side hustle, with more people retreating to write a book or blog or develop a new business idea.’ 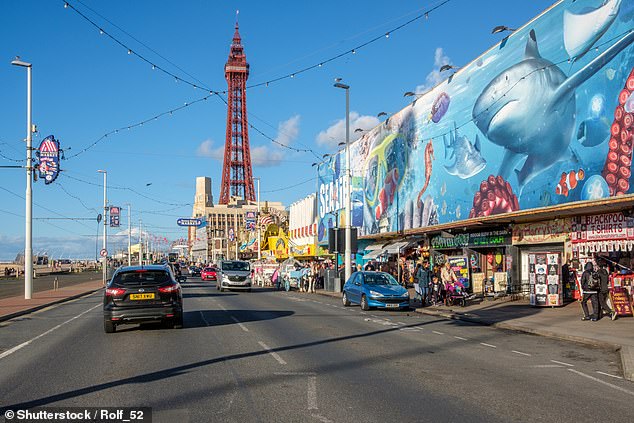 Tom believes that in 50 years’ time, people will be flocking to destinations such as Blackpool, pictured, Morecambe and Whitby

In 50 years, all debate about climate change will be long over, as even the most ardent sceptic has been forced to face the realities, says Tom.

He believes the effects will have made some foreign destinations inaccessible or undesirable and some may simply no longer exist on land.

Tom said: ‘With many of our sunshine favourites out of reach, we’ll see a revival of British coastal towns and investment in new attractions. We’ll flock to places like Blackpool, Morecambe and Whitby, which still satisfy our traditional idea of a holiday – namely, a beach.’

With the number of destinations reducing due to climate change, those that do choose to go abroad can expect to pay at least four times as much in 50 years’ time – another reason we won’t do this as frequently, according to Tom.

He said: ‘Airlines could be creating a quarter of emissions by 2070, so taxes will increase to combat the environmental impact, driving prices even higher.

‘Not only will there be fewer places to go but smaller windows in which to visit, as places like Spain, Italy and Greece will simply be too hot in the summer. We may even see the structure of the school calendar changing and the summer holiday boom will shift to Easter and autumn.’

A break from mixed reality 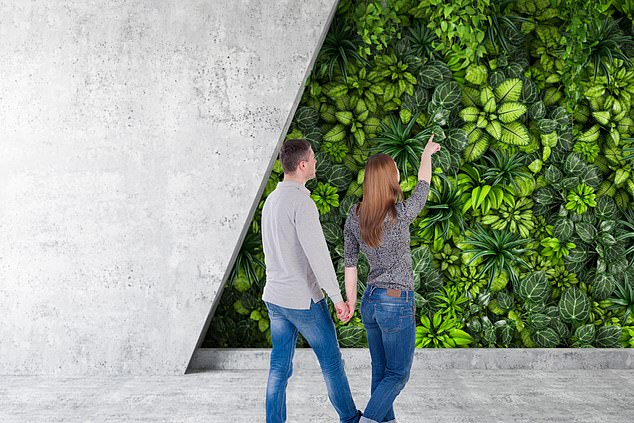 Tom says that in 50 years, people will be surrounded 24/7 by robots and digital noise. They’ll wear mixed reality goggles for at least 10 hours a day, with virtual people, creatures and objects always crowding their vision.

He explained: ‘Holidays will be an opportunity to break from this and get back to more raw ways of being human.

‘We’ll value the manual and simple things like walks on the beach, cooking over a fire or collecting eggs from a local farm.’

By 2070, there will be a distinct lack of risk in daily life, says Tom, so holidays will be a chance to get our hearts racing and do things that feel genuinely dangerous.

‘Children won’t be wrapped in cotton wool either. Parents will be pushing kids out of their comfort zones and we’ll see the resurgence of American-style summer camps with outdoor pursuits and opportunities for self-discovery.’ 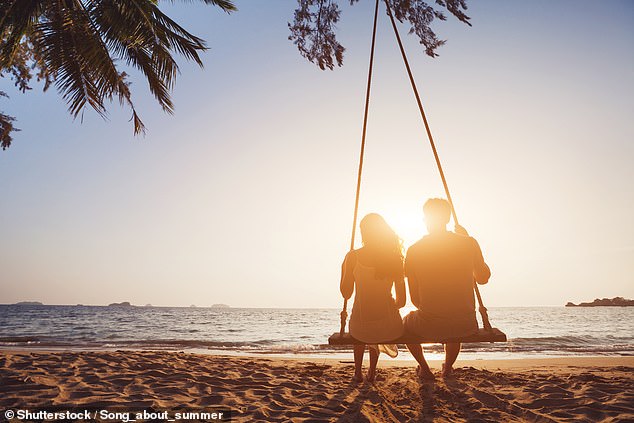 Tom says that people will be single later in life, as the traditional ways of meeting people in bars, at work or university dwindle.

‘Holidays will increasingly be pitched as a way to meet a partner and people will seek meaningful, lasting relationships rather than holiday flings.

In 2070, social media bubbles and personalised news feeds will shrink people’s horizons, with AI (artificial intelligence) only feeding them the things they like, says Tom.

He explained: Our friendship groups will shrink and become less diverse.

‘Some people dread group activities on holidays but in the future, we’ll savour the chance to physically meet new people with new ideas. Expect supper clubs where everyone dines around one table and group rambling excursions for all ages.’

Sadly, the current global pandemic won’t be the last we’ll experience in the next 50 years, says Tom, so the influence on holiday behaviour will be lasting.

He said: ‘One great advantage is employers recognising it’s possible to work from anywhere in the world, so we’ll stand a much greater chance of success when we put in that request to decamp to a remote cottage in Scotland for a month.’