Cabin crew are busy working hard on flights and on long haul flights they need to rest during the journey. A Virgin Australia flight attendant shared a fascinating behind-the-scenes peek at what cabin crew get up to away from the eyes of plane passengers. Crew member Blair took Facebook viewers on a tour of a Boeing 777.

In the video, he revealed where the cabin crew spend their downtime during the flight from Australia to LA, USA.

Blair showed where the beds for cabin crew were kept.

He explained that right at the back of the Boeing 777 plane there’s a door.

“Most people think it’s a toilet,” he said, but it requires a “top secret code to get in.” 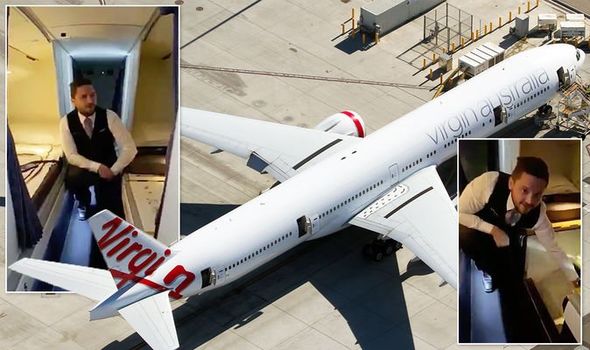 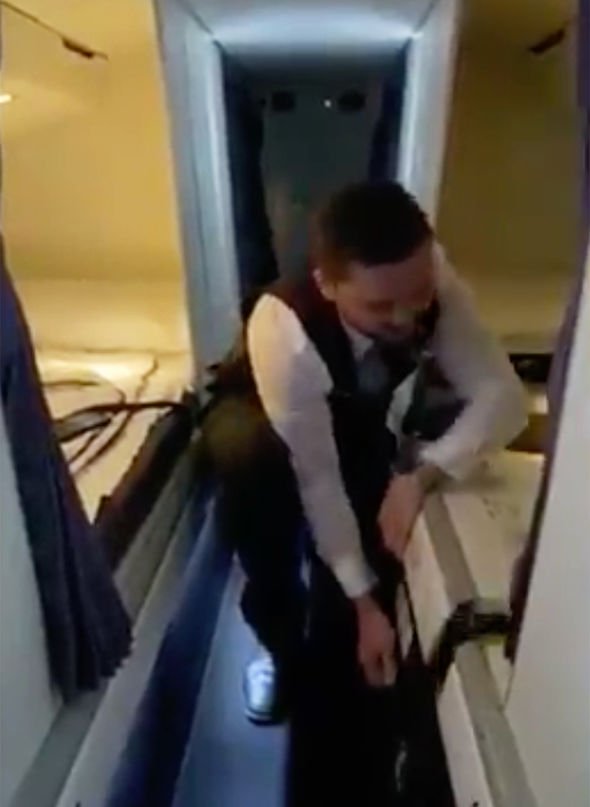 Behind the door is a flight of stairs and a long, low-ceilinged room that stretches along and above the overhead lockers, “which is pretty cool,” said Blair.

There are eight bunks in total plus a common area.

The flight attendant explains that all beds have a pillow, a duvet and a blanket as well as a “nice mattress” which is “very comfortable.”

There is also a seatbelt which has to be worn at all times.

Each bed has an airflow switch and reading light so cabin crew can read, watch a film and so on.

All the beds – which Blair says can fit a 6ft man – have their own oxygen mask.

However, he adds: “There’s not a lot of space up here.”

Arguably even more intriguing is what Blair reveals to be under one of the beds.

“Like we have in all aircraft, there is an emergency exit,” Blair tells the camera.

Only this one is “very hidden”  – and is located under one of the mattresses.

Blair displays how the door unlatches and then opens out and locks in place. 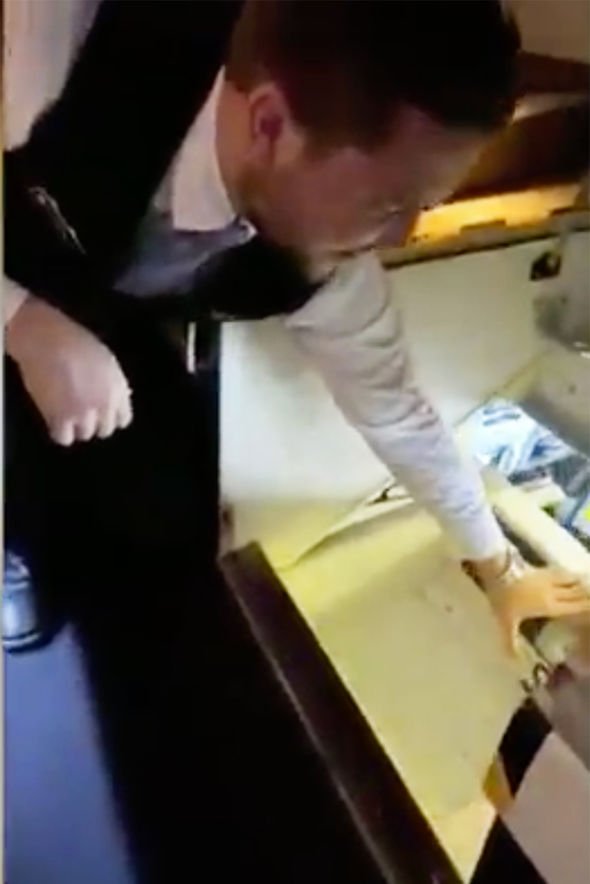 A step down appears and leads down into the cabin

So what is life like up in this area for crew?

Blair explains that you can still hear the aircraft noise up there but “you don’t hear the call bells or any PAs over the system which is perfect.”

Everyone brings their own pyjamas, and curtains provide both privacy and darkness.

Thanks to the air conditioning, the temperature can be regulated. 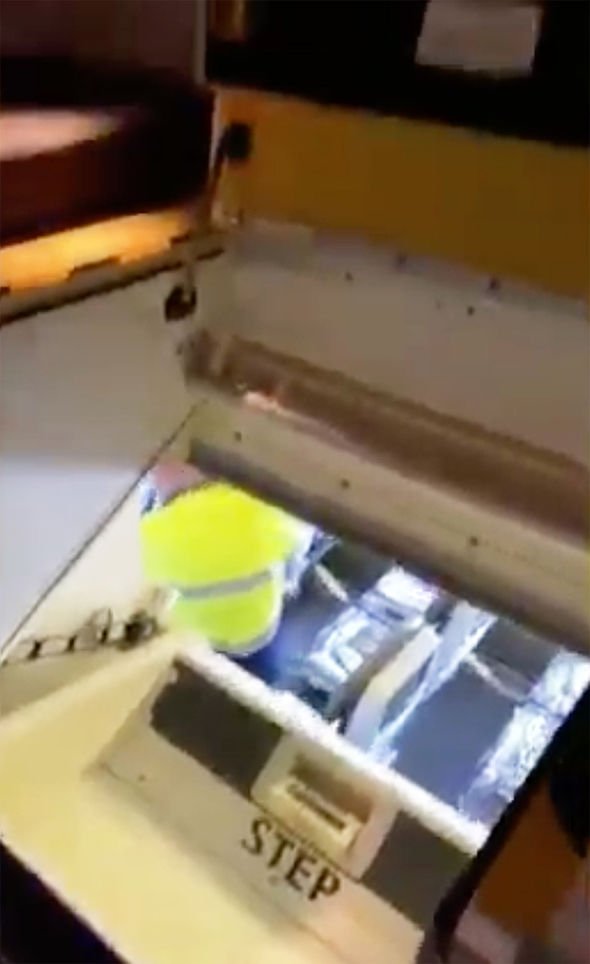 Blair lets on that the female Virgin crew like to “turn the temperature up and make it nice and warm,” adding “they like to bring extra blankets.”

As for himself, Blair says he can “get quite hot up here.”

On a Virgin Australia flight in a Boeing 777 as seen in the footage, there are 13 cabin crew for and four pilots.

A flight from Sydney to LA takes 13 hours, 35 minutes, according to Flight Centre.