EasyJet has announced it will resume flying to almost three-quarters of its route network by August.

The airline is also launching what it claims is its ‘biggest ever summer sale’ with over one million flights to holiday destinations across Europe on offer from £29.99 for travel between July 1 and October 31, 2020.

Onboard, all passengers and crew will be required to wear face masks. 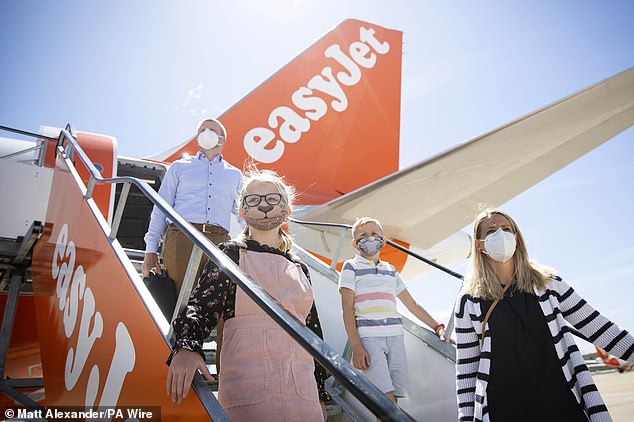 EasyJet has announced it will resume flying to almost three-quarters of its route network by August. Onboard, all passengers and crew will be required to wear face masks

EasyJet said it plans to fly 50 per cent of its 1,022 routes in July and 75 per cent in August, although flight frequency will be much lower, equating to around 30 per cent of normal July to September capacity.

This will include flying to and from its UK bases across July and August to a selection of destinations for summer holidays.

The airline said that although there will be fewer flights on offer, ‘customers will have the choice of flights to domestic, city and beach destinations’.

These include cities such as Paris, Milan and Rome; ‘summer sun favourites’ the Balearics and Canary Islands; ‘lively and culturally rich hotspots’ in Italy, Croatia and Portugal and ‘even further afield to exotic destinations, Egypt and Morocco’.

The airline has confirmed that some flights will initially resume from June 15 including those from London Gatwick, Bristol, Birmingham, Liverpool, Newcastle, Edinburgh, Glasgow, Inverness and Belfast in the UK.

EasyJet has also revealed it has teamed up with superhero illustrator Will Sliney to create comic-book-inspired face mask covers for children flying this summer. 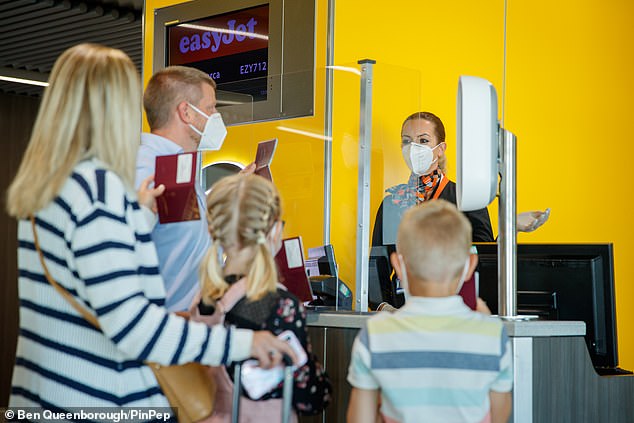 EasyJet said it plans to fly 50 per cent of its 1,022 routes in July and 75 per cent in August, although with a lower frequency of flights

The carrier said the new comic book face mask covers had been designed to ‘help ease the experience for both kids and parents’.

As well as the requirement of masks for passengers and crew, other safety measures will also be put in place for flights this summer.

These will include enhanced aircraft disinfection and, initially, no onboard food service.

EasyJet said the additional cleaning and disinfection procedures for aircraft cabins are on top of an existing daily aircraft cleaning schedule.

It added: ‘Every aircraft will be subject to a daily disinfection process which provides surface protection from viruses that lasts for at least 24 hours.’

In addition, customers are being advised to check-in online and use automated bag drops in the airport, if available. 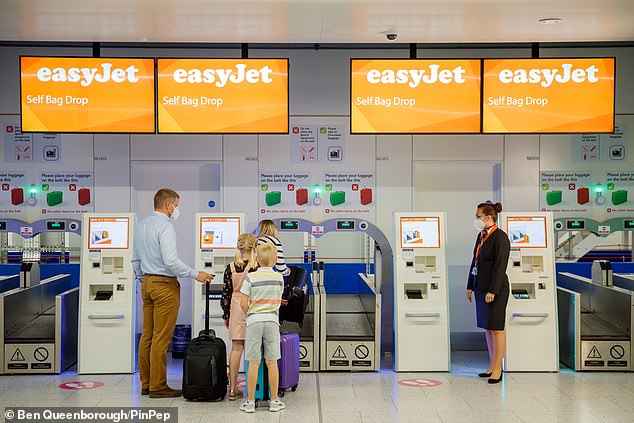 The airline is also launching what it claims is its ‘biggest ever summer sale’ with over one million flights to holiday destinations across Europe on offer from £29.99 for travel between July 1 and October 31, 2020

The airline said social distancing would be encouraged at airport gates and during boarding.

EasyJet explained: ‘The measures have been implemented in consultation with aviation authorities ICAO and EASA, and in line with relevant national authorities and medical advice through the airline’s chief medical adviser.’

Robert Carey, chief commercial and planning officer at easyJet, said: ‘We are delighted to announce that we will be flying the majority of our route network across Europe, meaning customers can still get to their chosen destination for their summer holidays this year.

‘We’re passionate about helping our customers get back flying, which is why we’re offering one million seats at £29.99 for those planning on booking a holiday this summer.

‘Travel restrictions are being lifted and demand is starting to return, so there’s no better time for us to introduce this sale.’ 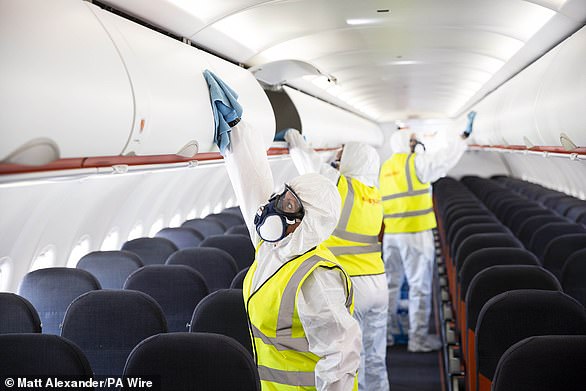 To protect customers and ground crew in the airport, easyJet said customers will be able to use automated bag drops to check in their hold luggage and screens will be in place at check-in desks and at airports where auto bag drop is not available.

Ground crew and cabin will not handle any customer documents during boarding and customers will be asked to present and scan their own documents. EasyJet said it already encourages all customers to check-in online and download their boarding pass onto their smartphone or to print their own boarding passes before arriving at the airport.

The airline’s ground crew will also wear gloves and masks at all times when transporting customer luggage to and from the aircraft.

The airline added that further recommendations from airports indicate there may also be measures in place such as self-declaration health forms to be completed ahead of departure and temperature screening.

The carrier said it is working with all airports where it operates to understand what measures will be in place to protect customers.

On board, all passengers and crew will be required to wear masks at all times and initially when flights restart, the ‘Bistro and Boutique service’ will not be available.

Furthermore, easyJet said all flights will be equipped with spare sanitary equipment including masks, gloves and hand sanitiser to ensure these are available to customers and crew at all times on board if required.

The airline pointed out that its aircraft are already fitted with state-of-the-art filtration technology. It added that high-efficiency particle arresting filters filter 99.97 per cent of airborne contaminants in the cabin, including viruses and bacteria. These filters are ‘the same as those used in hospitals and through them, the cabin air gets replaced every three to four minutes’.

EasyJet said customers will be able to practice social distancing in the airports, at gates and during boarding. Onboard, and where possible, the crew will invite customers to sit at distance from customers not in their party where seats are available.

EasyJet said it will continue to work with the relevant national authorities to review and assess what measures are required in the longer term.