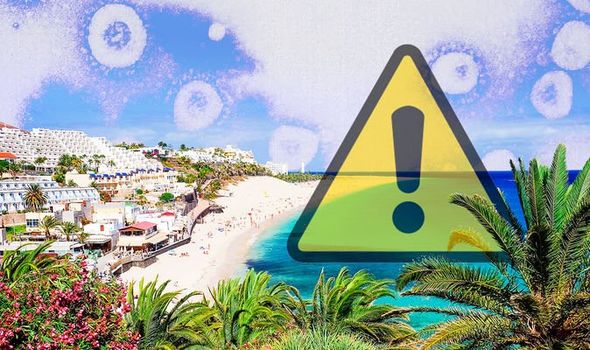 Coronavirus has been reported on another island in the Canary Islands.

The case was reported this evening on the small island of La Gomera.

The woman had previously been in Italy where 12 people have died from the deadly virus.

After testing positive for coronavirus, the woman has been kept in isolation in La Gomera’s island’s hospital.

She is the first local person to have contracted the virus.

Previously on the island, a German tourist on holiday on La Gomera tested positive.

He went into quarantine in the same hospital as did his five companions who tested negative.

All have since been released and allowed to go home.

The news comes after cases were reported on neighbouring Tenerife, also in the Canary Islands.

The H10 Costa Adeje Palace in the south of the island has been quarantined as a precautionary measure – with guests being told to stay in their rooms.

However, Canary Islands tourism bosses continue to insist the islands are safe as they attempt to counteract the negative publicity attached to the island amid the outbreak.

The Canary Government are planning a campaign to encourage tourists to continue visiting.

President, Ángel Víctor Torres, has called for calm, saying the islands are a safe place to visit and have first-class medical facilities.