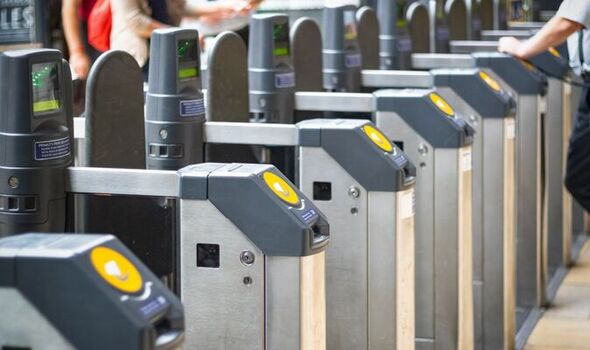 Traffic lights which keep changing to red as you approach, tailgaters, and people who undertake on the motorway also frustrate many of those polled.

Hefty train and bus fares are right up there too, with one in six citing them as one of their biggest annoyances.

The research was commissioned by rewards club, Virgin Red, after it emerged train tickets are set to increase by 3.8 percent in March – a rise which 85 percent of rail users describe as “out of hand”.

Andrea Burchett, spokesperson for the rewards club, said: “No one likes to begin or end their working day with an onslaught of obstacles.”

The study also found, for 68 percent, a frustrating commute can ruin their entire day.

Other annoyances include middle-lane hoggers, dawdlers, and loud sniffers on public transport – although 47 percent admitted they have done such things themselves.

The age-old scenario of waiting ages and then two buses arriving at once is also irritating for many – as is trying to find a parking space at work, and when the bin collectors block the road.

Having to cart heavy bags to and from work is not popular, and neither are people who put their feet on the chairs on public transport.

Having to cart heavy bags to and from work is not popular, and neither are people who put their feet on the chairs on public transport.

The study also found 65 percent have seen an increase in the cost of their commute in the past five years.

While 64 percent of those who travel by train admitted they’re struggling to pay for their tickets.

Rising costs could also pose a problem for employers with 51 percent revealing they would consider changing jobs if doing so reduced the price of their journey.

Despite bugbears such as rising prices, the commute is a much-valued part of the day for many of those polled.

So much so, four in 10 missed travelling to and from work during lockdown.

Some of the best things about commuting, according to the study carried out through OnePoll, are listening to music, people watching, and being able to switch off between work and home life.

“To make this a little less painful and reward our members, Virgin Red is doubling the number of points earned when booking through Virgin Trains Ticketing until 21 March.”