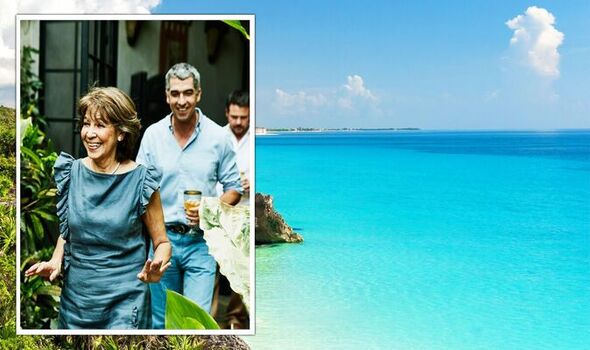 Retiring abroad could save British expats money if they choose a country with a much lower cost of living. Mexico is ranked one of the cheapest countries in the world to retire.

Travel+Leisure rates Mexico as one of the cheapest countries in the world for retirees looking to relocate.

The cost of living in Mexico is generally much lower than in the UK and rent is much cheaper than in British cities.

According to the Expat Insider survey, over three quarters of expats are happy with their financial situation in Mexico.

Many retired expats choose to live near the coast in Mexico to enjoy a slower pace of life and good weather.

Cozumel is a popular spot and expats will find it easy to enjoy home comforts due to the high number of tourists.

The stunning island has some of Mexico’s best beaches and is also a popular cruise ship port.

Mexico also has a reputation as one of the world’s friendliest countries and almost 90 percent of expats felt at home there.

One expat told the InterNations Expat Insider survey: “Mexicans are very friendly people and eager to help when you have a problem.”

An American expat added: “When you make friends with a Mexican, you have a friend for life.”

Almost 30 percent of the expats surveyed said they had local friends much higher than the global average of 17 percent.

British expats will find it easier to settle in if they learn to speak some Spanish, Mexico’s national language.

Although it may be easy to get by with English in tourist areas, it’s important to have at least basic communication skills in the local language.

Expats were also very happy with Mexico’s leisure options with many heading to the beach each weekend.

Mexico’s culinary culture was also highly rated with almost 100 percent of expats saying there was a huge array of dining options.

Although there are many Mexican restaurants in the UK, many of these serve Tex-Mex food, which is quite different from traditional Mexican cuisine.

In Mexico, expats will be able to try chiles en nogada, poblano chillies filled with meat, fruits and spices.

While Mexico scored highly in nearly every category in the Expat Insider survey, it didn’t do so well when it came to safety.

Around 20 percent of expats there said they felt unsafe and drug-related violence has increased in recent years.

Although risks are lower in tourist area, expats should follow local advice and remain vigilant at all times.