One of the country’s top luxury travel agents is isolating in a former prison in Australia, after the World Cruise he was escorting ended a month early in Perth on March 20.

Steven E. Shulem, the owner of Strictly Vacations in Santa Barbara, Calif., was escorting a group for his cooperative, Signature Travel Network, as well as 11 of his own clients, on the Crystal Serenity’s 89-night World Cruise from Los Angeles to Rome.

“We knew we were in trouble back in January when the King of Tonga would not let us come to his island due to the virus,” Shulem said in an email exchange.

Precautions were taken on board, and the itinerary revised several times. “Crystal did an outstanding job keeping the ship super clean,” he said. “We could not ever touch the tongs when we wanted to get a cookie. It had to be done by a server wearing gloves. I get it.”

Of course, the spread of the novel coronavirus accelerated from there, and Crystal concluded the voyage about a month early, in Perth, on the western coast of Australia. That country closed its borders to all foreigners on March 20; social distancing guidelines went into effect, and non-essential workers stayed home. Tourists could stay.

“When we were told that the cruise was going to end in Perth, I didn’t even look at flights for me. I heard it was a great city, and I wanted to hang around for a bit,” he said.

Shulem has been on the road for roughly 1 1/2 years, operating his business from wherever he happens to be. 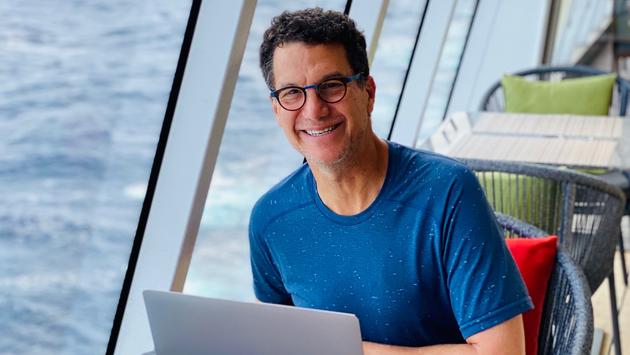 “I packed up my place, put everything in storage, sold my car and have been traveling ever since,” he said. “I have had no issues taking care of my clients being on the road. I still have my small office in a co-working space in Santa Barbara.

“So, doing the World Cruise just made sense for me. From there, I was planning on doing a few nights in Rome, then check out a new hotel in London and then spend the month of May in New York City to see a bunch of Broadway shows! HA!!”

Instead, he booked himself at COMO The Treasury, which he described as “the nicest hotel in the city.” It is a 48-room contemporary hotel in the historic heart of Perth with two restaurants and a bar. A pretty posh place to land.

“At the time, all the restaurants, shops and places to eat were open,” Shulem said. “I thought I was just going to stay there a few days and then venture out into the countryside. But as the days progressed, more and more merchants were closing down. I asked the hotel if I could stay for another 10 days. Soon the hotel restaurant was only doing room service, and I felt like I was in a retirement home with my meals being delivered to me on a cart twice a day. The food and service were off the charts. I asked if I could stay there longer. They finally told me I was the last guest there, and they were going to close the hotel for a few months.” (The hotel is closed until June 30.) 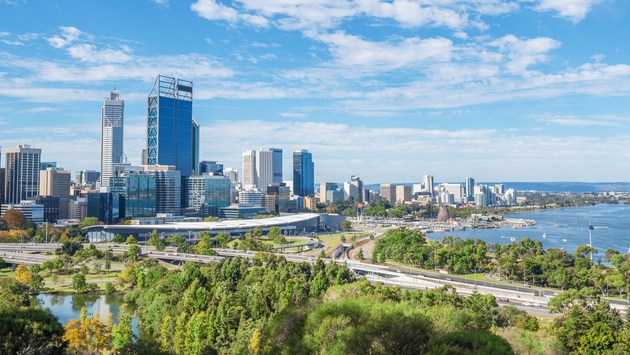 Shulem headed for an Airbnb in Fremantle, about 12 miles from Perth on the Indian Ocean. He’s staying in a former guards’ cottage on the grounds of the Fremantle Prison, a UNESCO World Heritage Site. (Some of the actual prison cells are now a hostel.)

“I am just now getting my head up to breathe,” he said. “I don’t know how long I will be here. I am thinking until the end of May or maybe the end of June. When all of this is over, I want to venture out and finally see this area.”