The art of Athens: With new galleries, music festivals and street paintings, there’s a buzz about the Greek capital – and it’s quarantine-free, says comedienne HELEN LEDERER

The last time I visited Athens, I was 14 and on holiday with my parents. So, yes, I had prejudices about the place.

Like every tourist, I had my photograph taken at the city’s most famous ancient landmark, the Acropolis — and apart from that snap of me, perched on a rock, sporting a red plaid mini-kilt and dutifully sketching the Parthenon for my art homework, I can’t recall much in the way of excitement.

But five decades later, I’m back with my husband, Chris, and realise how much the city has changed. While I have — ahem — matured, Athens has been reborn. There is an energy in its buildings, in its art — and a confidence that this is a city for the future. 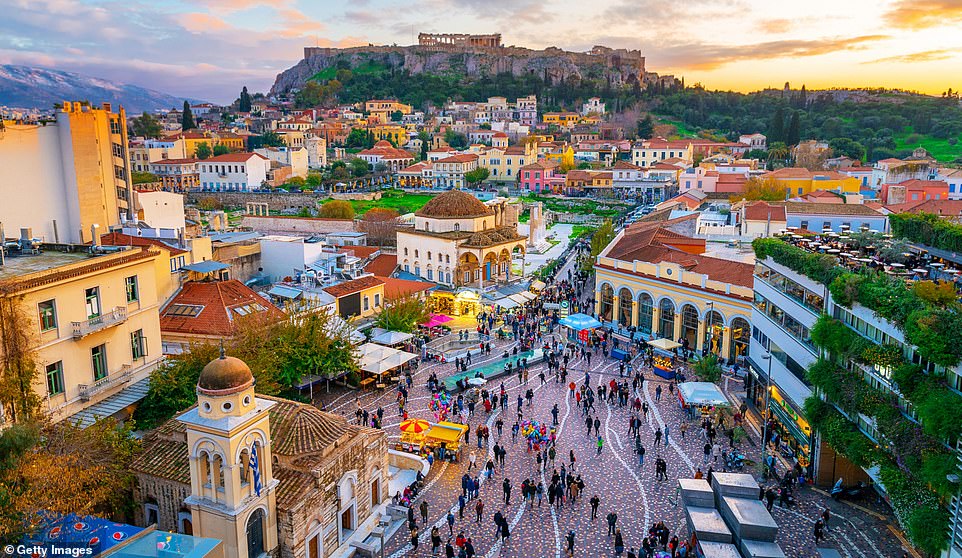 Out and about: An aerial view of Athens, as the sun sets behind the city’s most famous ancient landmark, the Acropolis

What’s more, it’s the perfect time to visit. The Greek mainland is on the travel corridor list — so you need not quarantine on return — yet Athens is pretty much tourist-free.

We made the Divani Caravel Hotel, in the centre of town, our base. Downstairs, in the JuJu restaurant, we noted a neon sign telling us to ‘eat, drink and be divine’, which mostly felt do-able.

The decor paid homage to the Fellini film 8½ — a comedy about a man with creative block. No such block with the menu. Even the butter was dotted with gold.

Chris enjoyed a delicious ‘deconstructed moussaka’, while my ‘Guido’ salad was the perfect complement to a whisky-based cocktail, described with another aphorism: ‘Experience is what you get while looking for something else.’ 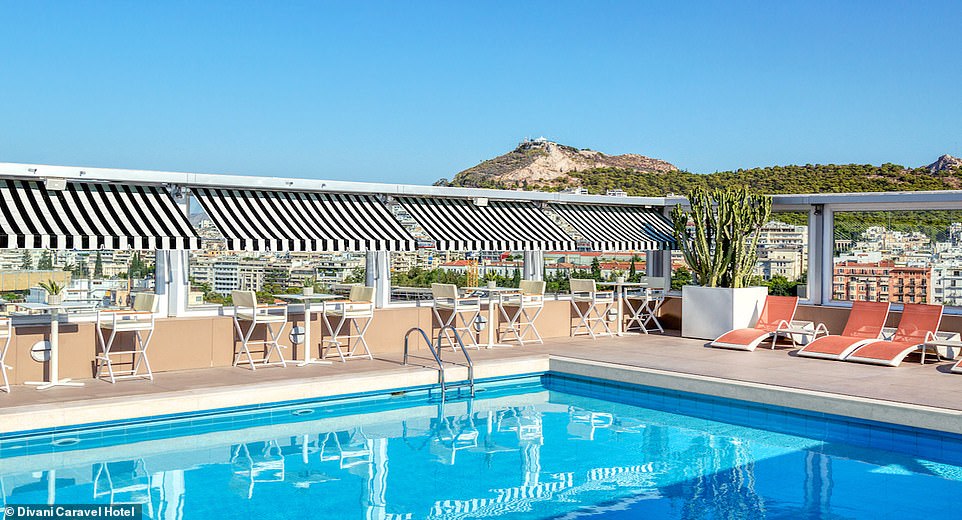 Helen started by checking into the Divani Caravel Hotel which had a ‘tempting’ rooftop pool, pictured

I hoped this might be prophetic for our four days ahead.

The next morning, the rooftop pool was tempting but I was here to discover modern Athens. So we headed to Gazi, the revitalised industrial area, to find it.

SHOPPING: VOIDmode, 6-8 Ivis St, is a clever, one-off designer clothes shop. Have items made on the premises or shop for their designs on etsy (etsy.com/shop/VOIDmode).

SECRET VIEW: The MS rooftop bar is set back from the street and offers amazing views of the Acropolis, and a cheerful Greek menu (msroofgarden.gr).

I had no idea that street art is Athens’s joyful wild card. There is hardly a wall without a vibrant, symbolic or humorous painting.

Five years ago, the government cleverly commissioned well-known artists to bring this feast of political and social storytelling to the city.

And even though unofficial ‘guerrilla’ graffiti artists sneak out at midnight and leave their tags behind, no one seems to mind.

Gazi and Psirri are full of friendly, art-filled cafes and bars, and vintage shops perfect for a rummage. I did the latter, while Chris sat with a Greek coffee and conversed with the locals.

The Concept Store in Ernou Street is worth a visit, especially if you like your garment weighed before being offered a suitable price.

It felt a bit like buying sprouts from a greengrocer and then wearing them.

Since I’d already covered the iconic Parthenon (albeit in charcoal), I was after a modern equivalent.

I found it in the shape of the Stavros Niarchos Foundation Cultural Center, home to the National Library and Opera, and music festivals. It even has its own kayaking lake.

Having started life as a car park for the 2004 Olympic Games, the SNFCC was transformed two years ago by Italian architect Renzo Piano. The view from its lighthouse has a direct eyeline to the Acropolis. 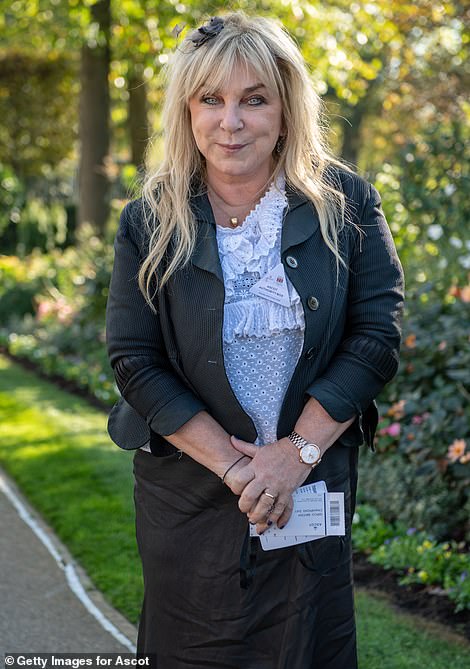 With work by the likes of Van Gogh, Picasso and Gauguin, as well as celebrated contemporary Greek artists, the viewing is speedy but invigorating.

Predictably, I was never far from an installation with a philosophical message.

The one titled ‘art has no limits’, written on a piece of wood, attracted plenty of photos.

Late in the trip, the prospect of a lie down by the sea was appealing. We chose the sensational Divani Apollon Palace & Thalasso Hotel, which has its own secluded beach.

Our suite had two basins and even two balconies — ideal in the event of a holiday tiff.

Downstairs in the showstopping Thalassotherapy pool, I noticed a man watching me closely from the side. Could it be my plum-coloured miracle suit that had caught his eye?

He turned out to be a friendly trainer whose job was to direct thrusts of water around my body parts, operated from a laptop.

The effect? To reduce fluid and wake up my body. Which it did. And more. In just a few days, Athens had restored me.

B&B doubles at Divani Palace Acropolis start from £180 and at the Divani Apollon Palace & Thalasso from £250 B&B (divaniacropolishotel.com; divaniapollonhotel.com). Return Easyjet flights to Athens start from £48 (easyjet.com). Helen was a guest of the Greek National Tourism Organisation (visitgreece.gr). See travel.gov.gr for arrivals details for travelling to Greece during the pandemic.