Home » Travel » Adventure inspo from Dubrovnik you won't be able to resist!

From buggy safaris in the wilderness to cycling tours of the stunning Baćina Lakes: Adventure inspo from southern Croatia which will have you itching to book flights NOW

Ad Feature by Dubrovnik and Neretva County Tourist Board

The southern region of Croatia is filled with hidden gems to discover, local food and wines to savour, pristine stretches of golden sand to relax on and untouched nature to explore.

Here, we reveal the perfect travel itinerary to ensure you don’t miss a thing! 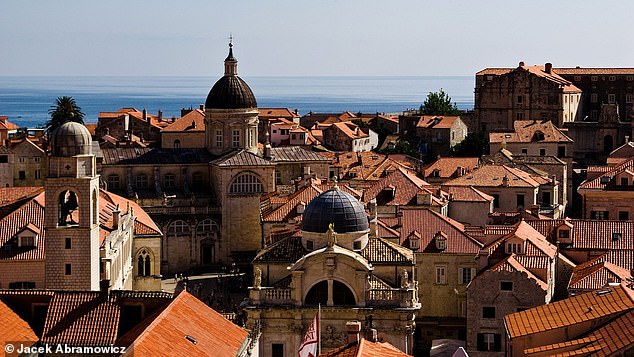 Dubrovnik, the ‘Pearl of the Adriatic’, is an architectural wonderland – and much more besides

It’s with good reason sun-drenched Dubrovnik, surrounded by glistening waters and beautiful beaches, is called the ‘Pearl of the Adriatic’.

With its terracotta roofs, ancient city walls and centuries of cultural heritage, it’s an incredible place to explore, taking in breathtaking Baroque, Gothic and Renaissance churches, monasteries, palaces, and fountains.

Hike to the top of Mount Srd for stunning views of the city, which has caught the eye of many Hollywood directors, having starred in many films and TV shows.

Hire a bicycle and hop on a ferry to explore nearby pretty Lokrum island, where you can splash around in turquoise waters, spot peacocks, and take in the gorgeous pastel-coloured houses.

Or head to the mountainous Konavle region, with its rocky coast, exhilarating waterfalls and delicious local cuisines.

Enjoy a boat trip to the beautiful Elaphiti islands, a cluster of 13 isles, of which the largest three – Kolocep, Lopud, and Sipan – are perfectly positioned for island-hopping tours.

Wine lovers will be in heaven in the lush peninsula of Pelješac, with its rolling vineyards and Wine Road, which you can walk or cycle while admiring the scenery.

Spend an afternoon sampling sumptuous red wines, such as Dingač, Postup or Plavac, while tasting traditional, locally sourced delicacies including oysters and mussels.

Stop in the quaint village of Ston to admire the stone city walls. Kuna is home to an 18th-century monastery bursting with works of art, and Mali Ston is where to dine al fresco, taking in twinkling harbour views. 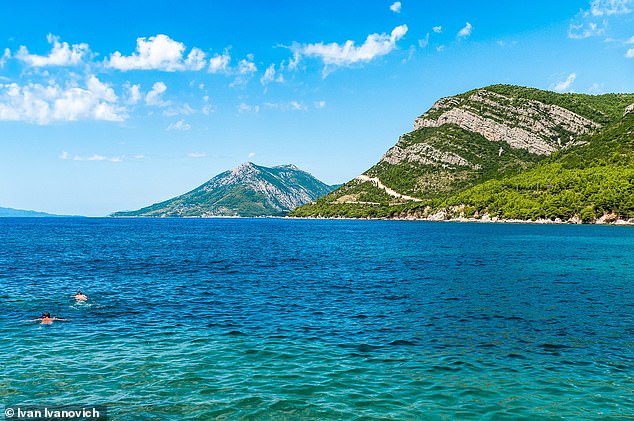 Beaches don’t get much prettier than those in Pelješac

Then head to one of the many idyllic beaches, sprinkled with soft white sand, and shimmering waters that are perfect for swimming, diving, kitesurfing or just soaking up the sun.

The small towns of Viganj and Kučište offer ideal conditions for windsurfing of all levels.

Korčula, the largest island of Dubrovnik-Neretva County, is just a stone’s throw from the Pelješac peninsula.

It’s a treasure trove of culture, steeped in history with untouched nature, narrow alleyways, alluring architecture and an abundance of cafes and restaurants. 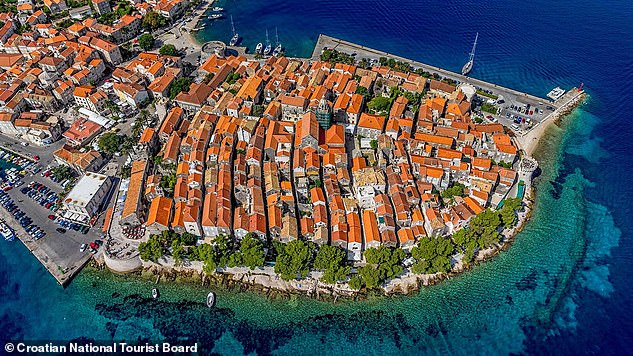 Korčula – an ancient town looking out onto perfect blue sea

The chic capital is on the north-eastern side, and is perfect for spending a day strolling and exploring its maze-like streets, as well as the Gothic-Renaissance style St Mark’s Cathedral, which, dating to the 15th century, dominates the heart of the old town.

Pick up souvenirs in the fascinating shops, then visit the famed Marco Polo Museum before enjoying a traditional meal of fresh fish and a glass of local wine in one of the many eateries.

Then, explore the island’s hidden bays, sandy beaches and craggy coastline. Try your hand at sailing, go diving for a chance encounter with a dolphin, or head to the Pelješac Channel for world-class windsurfing. 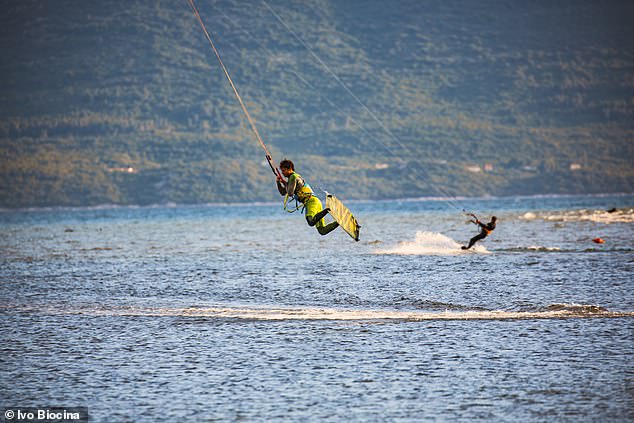 The beautiful island of Mljet offers a getaway unlike any other, with its tranquil National Park making up a third of the island.

Boasting pine forests and stunning saltwater lakes, home to the Mediterranean’s largest coral reef, its unspoiled wilderness is a huge draw, so it’s well worth spending a day exploring this spectacular landscape. 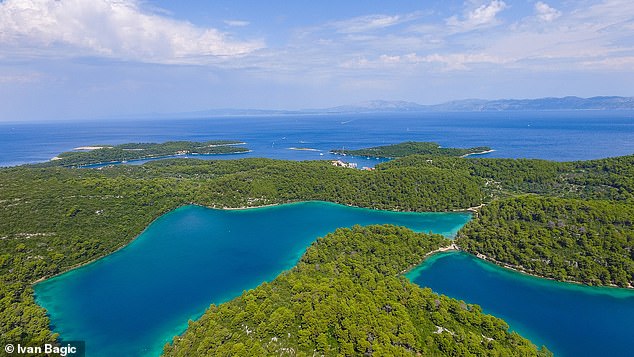 Here, you can zip around the pine forest on a bicycle and kayak the translucent lakes before drinks in secluded Polace town.

Still feeling active? Trek up the peaks of Montokuc and Veliki Sladin Gradac for unbeatable views.

The island is also dotted with pebble beaches where you can soak up the sun, or dive in to explore the underwater world. Hire a boat or book a tour to hop to some of the nearby breathtaking isles.

Don’t leave without visiting the alluring Odysseus’ Cave, named after the legendary hero of Greek mythology. This is accessible via a path from Babino Polje that takes in vineyards and olive groves. Go swimming in glistening blue waters and enjoy the sun-soaked beach. 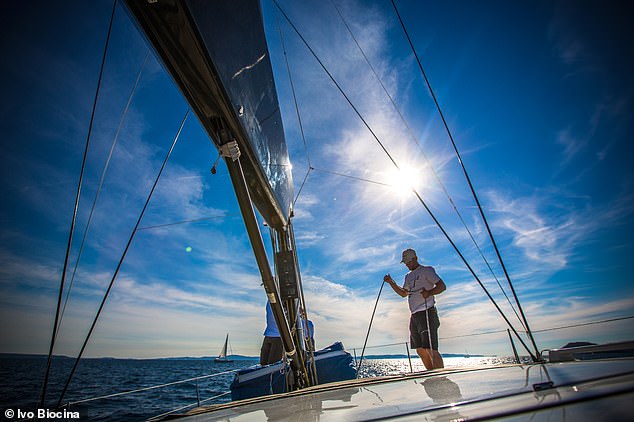 Enjoy meditation on the beach or relax in the calm waters, on the postcard-pretty island of Lastovo which, thanks to its jaw-dropping beauty, has been declared a national park.

It’s filled with hiking and walking trails, taking in cute bays, gentle hills, the oldest lighthouse in the Adriatic, lush forests, as well as stunning views and caves of Rača and Puzavica.

Visit the tranquil bays here by hiring a boat or hopping on a tour.

Nip round to the pristine Saplun beach – the only sandy stretch in the archipelago. Swim in the crystal-clear waters then enjoy a feast of local vegetables and fresh fish for an adventure to remember. 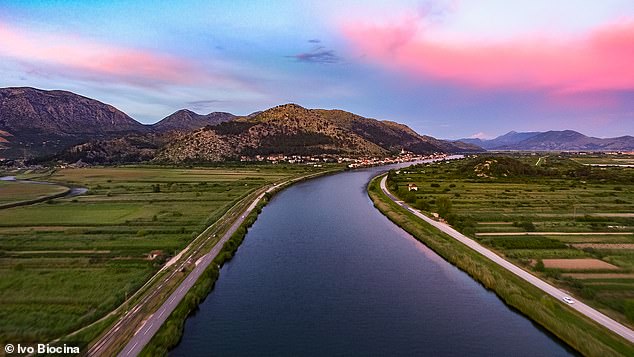 Make sure you don’t miss a trip down the peaceful Neretva River.

Book a photo safari boat trip for a sedate ride along the narrow channels, during which you’ll learn all about the life of the locals, discovering how this wondrous masterpiece has fed people with a plethora of fruit, primarily citrus, figs and grapes.

You’ll also spot animals, including some of the 300 odd bird species that call this region home. 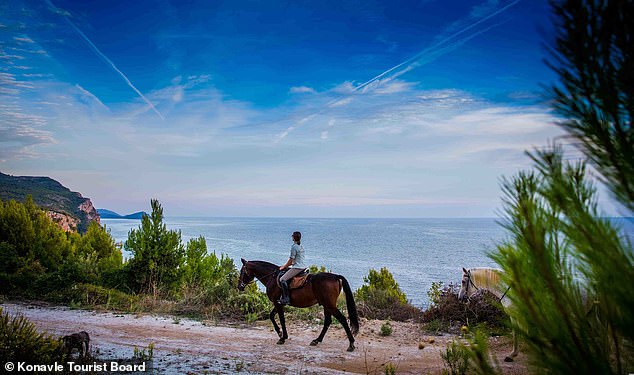 Then explore the Neretva valley by bike, or, thanks to the winds, it’s the perfect location for kitesurfing.

Sample some of traditional delicacies such as ‘brodet’, a Croatian fish stew, with a glass of the excellent local wines.

Head to the Neretva valley to witness the interconnected Baćina lakes that are surrounded by natural beauty, making it an ideal place for cycling, running, hiking or windsurfing.

It will be the perfect end to an unforgettable break!