Why Suffolk is to die for! Acclaimed author ANTHONY HOROWITZ pens a love letter to the county in which he’s already reserved a church burial plot

There is no county in Britain quite like Suffolk. Bypassed by the major motorways, it offers great swathes of land and sea that are almost empty.

The lack of hills, the huge skies and, on occasions, a chill wind blowing all the way from Siberia can give a sense of desolation but, at the same time, there are castles and churches, pink cottages and sparkling rivers.

Suffolk has inspired my writing for more than 30 years. From my office, I look out onto a landscape that changes every 20 minutes with endlessly dramatic cloud formations and astonishing sunsets. This is an area with its own peculiar history. 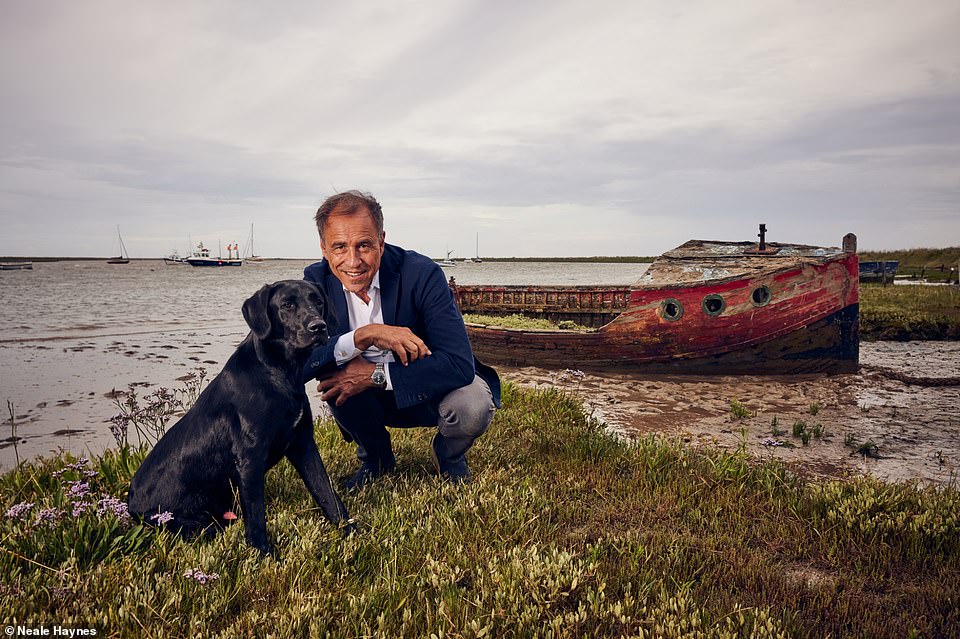 Anthony Horowitz, pictured, says that Suffolk has inspired writing for more than 30 years – he goes out exploring the county twice a day with Chase, his labrador 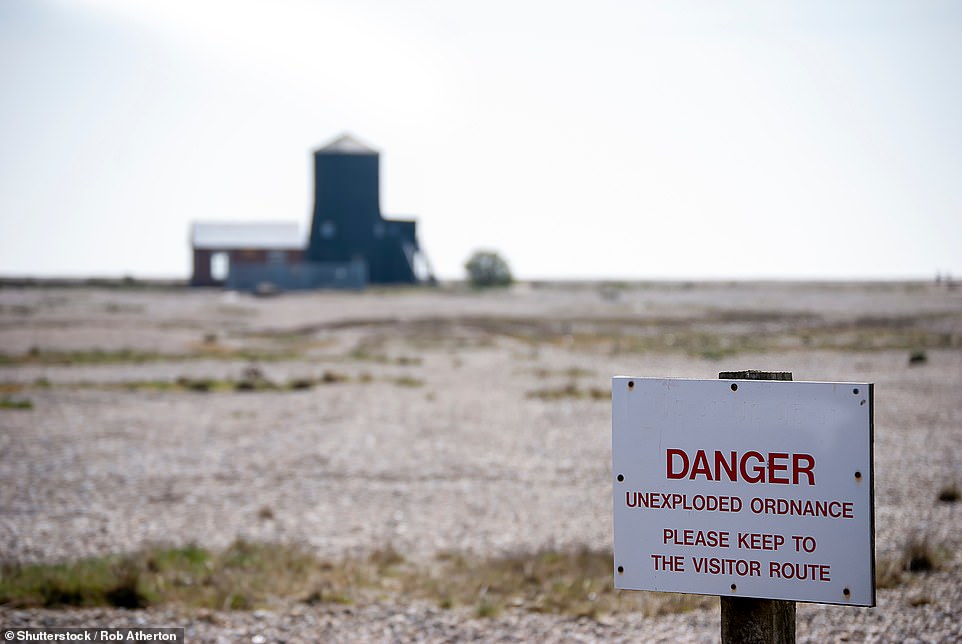 Orford Ness on the Suffolk coast, pictured above, was used as a top secret military research station during the war

In front of me is Orford Ness, a shingle spit that’s ten miles long and was used as a top secret military research station during the war. Several buildings remain, including the ‘pagodas’ where parts of the nuclear bomb were supposedly tested.

Just down the coast is the wonderfully named Cobra Mist, a concrete lookout station left over from the Cold War. When I first came to Orford, a red-and-white striped lighthouse would blink through the night, but sadly it had to be demolished last year because of the encroaching sea.

It’s a reminder of the fragility of this coast and, incidentally, the madness of building Sizewell C, a new nuclear reactor, just ten miles away next to Minsmere bird reserve.

We are surrounded by woodland as ancient and impenetrable as anywhere in the country. Staverton Thicks (dubbed ‘Suffolk’s best kept secret’) is full of oak trees straight out of Tolkien, hundreds of years old. Rendlesham Forest is the site of one of the most famous UFO landings ever recorded and still hides the American airbase where the visitors landed. 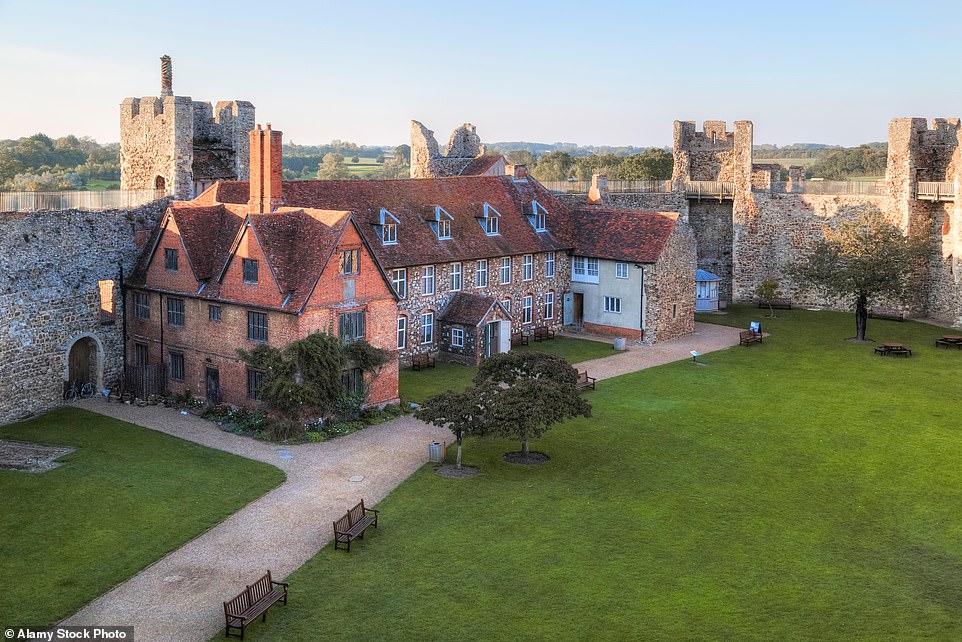 Medieval marvel: Framlingham Castle, pictured, is the setting for one of Anthony Horowitz’s children’s books

I love walks that tell stories and there are literally hundreds of paths to explore: I head off twice a day with Chase, my labrador. This is dog heaven.

Not surprisingly, many of my books have been set here: Saxby-on-Avon, the fictitious village in Magpie Murders, is loosely based on Orford. The writer, Alan Conway (wickedly played by Conleth Hill) is glimpsed crossing the footbridge at Woodbridge Station with the River Deben behind.

And Lesley Manville drives her bright red MG down country lanes around the medieval wool town of Lavenham. I was delighted we were able to shoot some of the TV series in Kersey, a jewel of a village traversed by its own ford that locals call ‘The Splash’.

I first discovered Suffolk 35 years ago when I came to Framlingham to buy an antique bed. Framlingham Castle, with its odd Tudor chimneys, is the setting for one of my children’s books, The Devil And His Boy, and for me it was love at first sight. 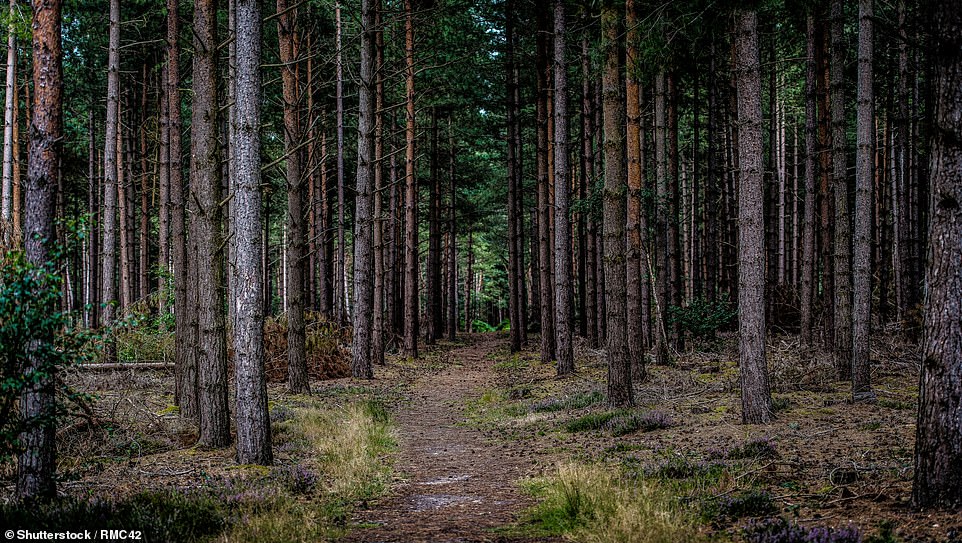 Rendlesham Forest, pictured, is the site of one of the most famous UFO landings ever recorded, the author reveals

I rented a tiny cottage in a field near Earl Soham for 15 years and still go back for the terrific village butcher and pub, the Victoria. Every weekend I found myself crossing the A12 to look into the ‘big five’: Southwold, Walberswick, Dunwich, Aldeburgh and Orford. No weekend was complete without visiting the pier at Southwold, which houses an eccentric collection of mechanical toys created by Tim Hunkin.

To my mind, Dunwich has been tarnished by the National Trust with its sprawling, invasive car park but the heathland and cliffs are beautiful. The legendary sunken village and lost graveyard still whisper their secrets. Aldeburgh is said to be full of retired spies and has the world’s best fish and chips.

Perhaps the greatest thing about Suffolk is that it’s full of surprises: the best destinations are not always the most well-known. Covehithe is just north of Southwold. It has an astonishing beach with blanched, skeletal trees like alien objects and a magnificent church, St Andrew’s, now in ruins. 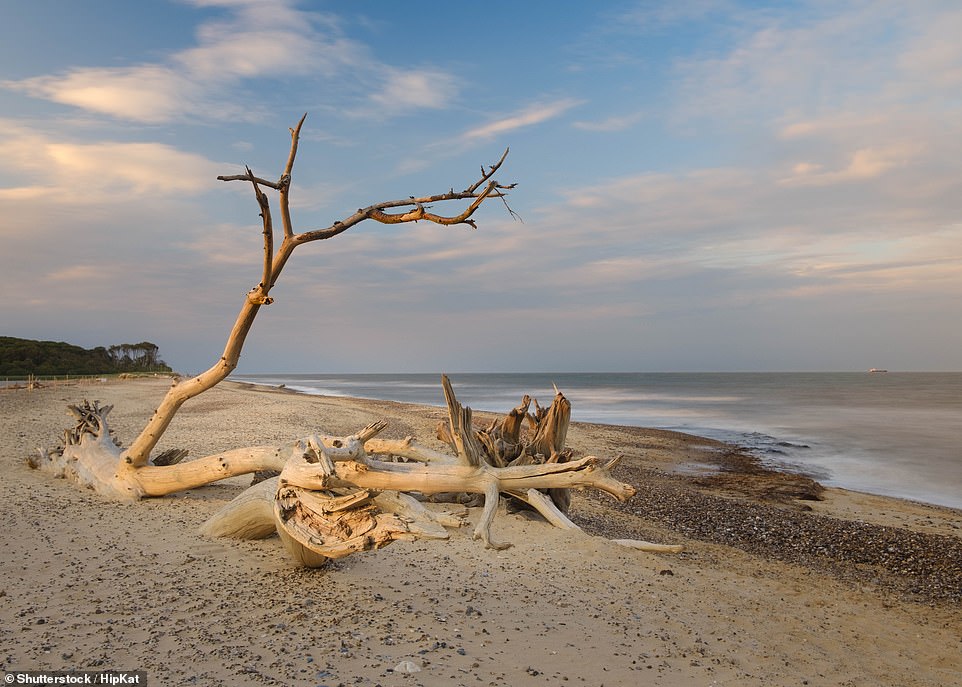 Covehithe, just north of Southwold, is home to ‘an astonishing beach (pictured) with blanched, skeletal trees like alien objects’

Thorpeness, next to Aldeburgh, is a bizarre conglomeration of fanciful buildings around a huge artificial lake, all thrown together 100 years ago by a Scottish barrister who wanted to create the perfect ‘holiday village’. And Bawdsey, on the Deben Peninsula, is effectively where World War II was won — radar was invented there.

It’s a charming place to swim, with a tiny ferry taking you across to Felixstowe, a much underrated town with handsome Edwardian architecture rubbing shoulders with Donald McGill cafés, ice cream parlours and miniature golf.

It is my intention to become a permanent resident of Suffolk. I’ve reserved a plot in the cemetery of St Bartholemew’s church in Orford, where another of my books, Oblivion, opens. A plot within a plot, you might say. If you happen to be passing in 20 or 30 years’ time, do drop by and say hello.