A revamped distribution agreement between Delta and Sabre that takes effect July 1 has the potential to disrupt the standard commercial payment model between airlines, GDSs and travel advisors.

Under the arrangement, Delta will jettison the flat segment fees that are standard within the airline-GDS commercial model and will instead scale the amount it pays Sabre for a booking based upon the value of that booking.

The move is an attempt by the airline to motivate Sabre to do a better and more thorough job of displaying all products Delta makes available for sale through the leisure-oriented Sabre Red 360 and the corporate travel-oriented Get There booking tools, including premium seats such as Delta One business class and domestic first class.

Delta is also in discussions to implement the same payment model in the Amadeus and Travelport GDSs, said Jeff Lobl, Delta’s managing director of global distribution. 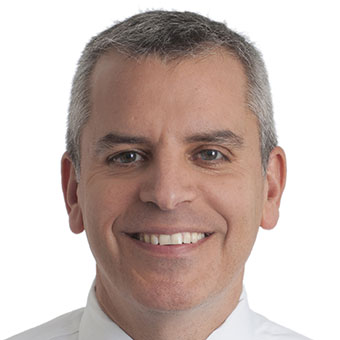 Lobl said that the flat segment fee model typically used by airlines to pay GDSs provides little incentive for those merchandizers to move beyond their standard method of featuring the lowest fares in search results. But that sales approach doesn’t suit Delta, which has sought for years to position itself as a premium airline brand and which hopes to drive sales across its product line, including its more expensive, front-of-plane fare classes.

“We know that there’s a lot of value to customers in the other products,” Lobl said. “And the intention of our agreement with Sabre is to align the entire ecosystem toward making all of those products available to a customer. We are trying to elevate our indirect channels to merchandise with the same capability as our direct channels.”

Lobl declined to provide specifics on the formula under which it will pay Sabre as booking values escalate. The Delta-Sabre contract doesn’t address how Sabre will remunerate travel advisors for selling up. Sabre offered little comment on that issue, other than to say that the new model will bring “enhanced value” for travel agencies.

Lobl said that for the new approach to work, Sabre will need to pass some of the extra money Delta will pay for high-end ticket and ancillary sales along to the agents who book them.

“We have high expectations that they will have every motivation to pass that concept through,” he said.

Industry lawyer and Travel Weekly columnist Mark Pestronk said that in order to change its incentive formula with agencies, Sabre would need to restructure agency contracts.

“I can’t imagine agencies refusing if the only change is higher incentives,” Pestronk said. “However, I imagine that there will be some trade-off, such as lower incentives for other content.”

Though the new Delta-Sabre payment model doesn’t take effect until July 1, Sabre has already begun modernizing its merchandizing tools. Sabre’s New Airline Storefront (NAS), which Delta assisted in developing, went live in Red 360 in April. Sabre describes NAS as a tool designed to combine the fare comparability across airlines that is available on OTAs with the product attribute specificity that is usually only available in an airline’s direct channels.

Sabre is also working to incorporate NAS into Get There.

When Delta and Sabre announced their new agreement in early May, they described it as an industry-first model that will drive change.

Norm Rose, a senior analyst for Phocuswright, said that airlines have long wanted to have better control over their product offerings in indirect channels while changing the compensation formula to be value-based. Those desires, he said, have driven the development of IATA’s NDC over the past dozen years to enable the sale of more diverse fare offerings and product bundles by travel advisors.

The new Delta-Sabre payment arrangement, Rose said, is part of what he believes is an ongoing transformation of the travel industry business model that will address the imbalance between airline direct channels, such as their websites, and indirect sales channels, such as the GDSs.

“Financial restructuring is happening and every travel agent needs to make sure they understand,” Rose said.

Industry analyst and Atmosphere Research Group founder Henry Harteveldt said that if the new Delta-Sabre payment model does result in Delta selling more of its premium tickets through travel advisors, he expects Sabre to pitch the model to other airlines. But Harteveldt is skeptical about whether it will be effective.

“Is this strategy the right one, or would Delta have been better off going to agencies and saying, ‘Look, if you sell our premium products, we will pay you directly’?” he said.

Peter Vlitas, senior vice president of airline relations for Internova Travel Group, is more pessimistic. He said he doesn’t think agencies will move share or bookings to Delta based upon the new Delta-Sabre commercial model. But he worries that the modernized merchandising approach Delta and Sabre are collaborating on will make it more difficult for travel advisors when the primary focus of their clients is getting the cheapest possible ticket.

Agents, Vlitas said, need to still be able to understand price points in the same readily available, comparative way as they long have in the old “blue screen” GDS displays.