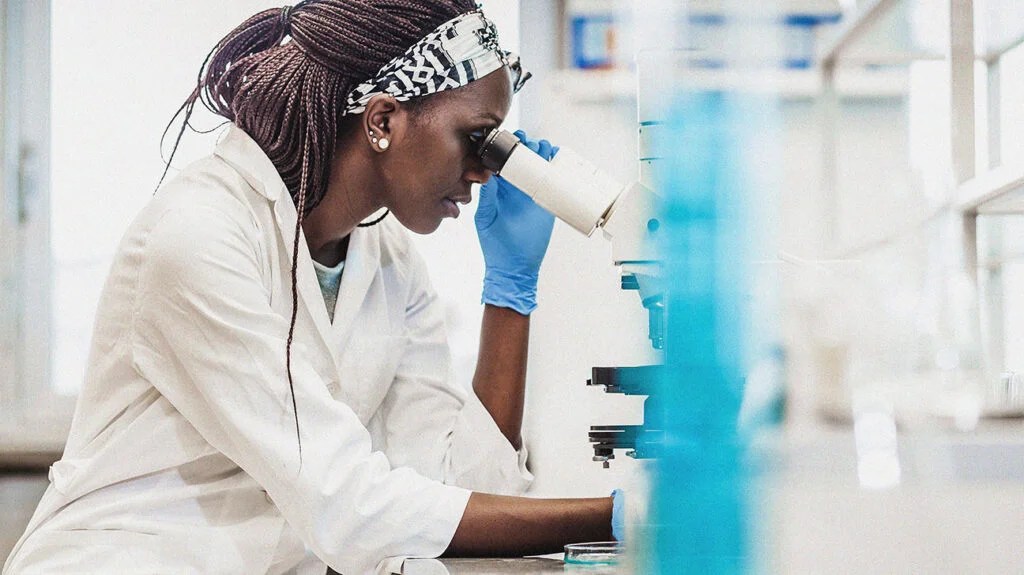 The main symptoms of Parkinson’s disease are tremor, stiffness, slowness of movement, and impaired balance and coordination.

The disease can also cause difficulty swallowing, clomid challange test chewing, and speaking. In addition, people may experience emotional changes, such as depression.

Damage to dopamine-producing nerve cells located in the midbrain is responsible for most of the symptoms of Parkinson’s disease.

Treatment with drugs such as L-Dopa can alleviate the symptoms by replenishing the brain’s supplies of dopamine, but the drugs do not prevent the progressive degeneration of dopamine neurons.

“Those drugs work well for many patients, but the effect does not last,” says Prof. Marina Emborg, who researches Parkinson’s at the Wisconsin National Primate Research Center, part of the University of Wisconsin–Madison (UW–Madison).

“Eventually, as the disease progresses and their motor symptoms get worse, they are back to not having enough dopamine, and side effects of the drugs appear,” she explains.

For more than 4 decades, researchers have been experimenting with transplants of fetal tissue as a treatment for Parkinson’s, first in animal models of the disease and later in people.

However, the results have been mixed, in part because the immune system recognizes the tissue as foreign and attacks it. As a result, recipients have to take immunosuppressant drugs.

Another problem with this approach is that fetal tissue is difficult to obtain in large quantities and varies in its composition and quality.

A promising alternative is dopamine cells derived from induced pluripotent stem cells (iPSCs), which are cells that can be transformed into almost any type of cell in the body.

Researchers create iPSCs by “rewinding” the developmental clock of a person’s own skin or blood cells. Crucially, this means that the immune system will not attack cells descended from their own iPSCs.

“The idea is very simple,” says UW–Madison neuroscientist Prof. Su-Chun Zhang. “When you have stem cells, you can generate the right type of target cells in a consistent manner. And when they come from the individual you want to graft them into, the body recognizes and welcomes them as their own.”

Prof. Zhang and his colleagues spent years developing a technique to generate stem cells that develop into dopamine neurons suitable for transplanting into brains.

To establish whether cells created in this way have the potential to reverse symptoms in humans, they have now successfully tested the approach in animals.

Their results appear in the journal Nature Medicine.

First, the scientists used a neurotoxin to induce a Parkinson’s-like condition in 10 adult rhesus macaques.

For several years, Prof. Emborg’s lab conducted monthly assessments of the animals’ motor and social skills. In addition, they used an imaging technique called positron emission tomography (PET) to gauge the amount of dopamine produced in their brains.

“We evaluated through observation and clinical tests how the animals walk, how they grab pieces of food, how they interact with people — and also with PET imaging, we measured dopamine production,” says Prof. Emborg.

“We wanted symptoms that resemble a mature stage of the disease,” she explains.

All the animals developed persistent signs of Parkinson’s, including slow movement, problems with balance, and tremors. They also showed symptoms that resemble depression and anxiety in people, such as pacing their cages, socially isolating, and lacking interest in edible treats.

Next, the researchers injected half of the animals with millions of dopamine neurons and supporting cells from healthy monkeys, known as “allogenic” transplants.

They injected the other monkeys with cells derived from the animals’ own iPSCs, known as “autologous” transplants.

The site of the injections was the striatum, which is a part of the midbrain that becomes deficient in dopamine in Parkinson’s disease.

Within 6 months, the monkeys that received autologous transplants were moving more freely.

After 1 year, their dopamine levels had more than doubled.

“The autologous animals started to move more,” says Prof. Emborg. “Where before they needed to grab the cage to stand up, they started moving much more fluidly and grabbing food much faster and easier.”

Dopamine levels in the monkeys that received cells from other animals, however, remained unchanged after 1 year, and they showed little improvement in muscle strength and control.

When the scientists looked more closely at how the transplanted cells had faired, those in the autologous grafts had sent out long extensions, or “axons,” into the surrounding tissue.

“They could grow freely and extend far out within the striatum,” says Dr. Yunlong Tao, a scientist in Prof. Zhang’s Stem Cell Research Laboratory and first author of the study.

“In the allogenic monkeys, where the grafts are treated as foreign cells by the immune system, they are attacked to stop the spread of the axons.”

Nerve cells in the allogenic grafts lacked these deep connections. As a result, they appeared unable to restore the animals’ emotional and social functions, which remained unchanged or worsened after the transplant.

“Although Parkinson’s is typically classified as a movement disorder, anxiety and depression are typical, too,” says Prof. Emborg. “In the autologous animals, we saw extension of axons from the graft into areas that have to do with what is called the emotional brain.”

As always, there is a long road to travel between successful research in animal models of disease and effective treatments for humans. However, Prof. Zhang hopes to begin work on treatments for people soon.

One of the most important findings from the current study is that there is a tight relationship between the number of surviving dopamine neurons after transplant — as revealed by PET scans — and symptom improvements.

This will provide a useful predictive tool for measuring success in any future trials in humans.