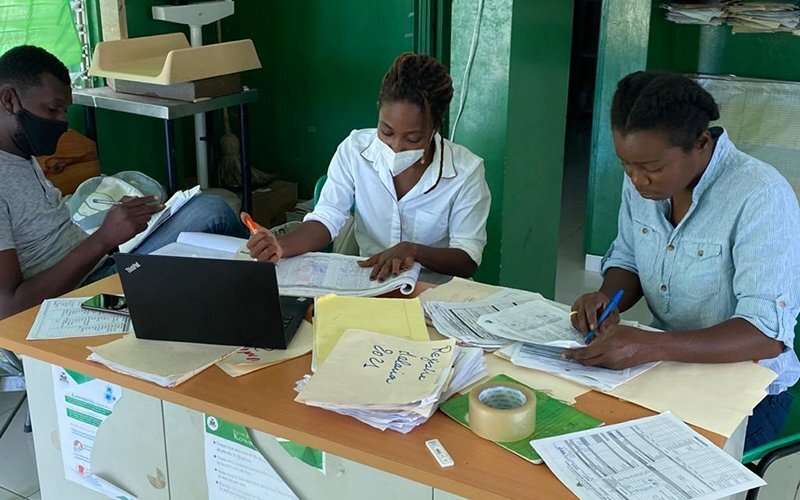 Researchers from Telethon Kids Institute and Curtin University in Perth and Tulane University in New Orleans have developed sophisticated data modeling that could help eradicate malaria in Haiti.

Haiti is the poorest country in the Caribbean—beset by natural disasters—and is one of the few countries in the region that have not mostly wiped out the mosquito-borne disease.

Telethon Kids Institute researcher Associate Professor Ewan Cameron led the team, using a range of different health data to create a complete picture of where malaria infections are taking place in Haiti. This information has been used to directly inform Haiti’s national response to malaria.

The team’s findings have been published in the journal eLife.

Director of the Malaria Risk Stratification at Telethon Kids Institute and an Associate Professor at Curtin University, Dr. Cameron said the team used mathematical modeling to work out where people diagnosed with malaria were most likely to reside.

“Monthly counts of malaria cases arriving at local health facilities are routinely gathered by the Haitian health system, but these data don’t record at a granular level where those patients live, or where they were most likely to be infected,” he said.

“Most people will be bitten in or around their homes, amoxicillin works for toothache so the interventions we have to fight malaria aim to interrupt transmission there, whether that’s spraying for mosquitos or delivering bed nets and anti-malarial medications.

“By using a wide range of data—from satellite images of the terrain to hand-written medical logs—we’ve been able to develop a fine-scale malaria risk map to help public health experts find these at-risk populations.”

Almost 9,000 cases of malaria were reported in Haiti in 2019 and determining which areas are most at risk is a crucial line of defense against infection.

Dr. Cameron said this fine-scale data could be the final piece of the puzzle that helps stamp out malaria in Haiti.

“Haiti is seen as a place where malaria eradication can be achieved,” he said.

“Neighboring countries like the Dominican Republic are much wealthier and have been able to reduce malaria to really negligible amounts but, working with fewer resources, Haiti has not yet been able to achieve the same results.

“We hope that this work can help the country to better target its interventions and work towards that goal.”

Researcher Alyssa Young from Tulane University in New Orleans, working in Haiti, said accessing some of the more remote parts of the island to gather data was a significant challenge.

“During the rainy season, some of the health facilities we visited were out in really remote locations,” she said.

“They’d often be a small building on a remote beach—that was the community health facility. But the people who work at those facilities were incredible, and very committed to the goal of eliminating malaria in Haiti.”

Telethon Kids Institute epidemiologist and the Kerry Stokes Chair of Child Health at Curtin University, Professor Pete Gething, said the team hopes to be able to contribute to the goal of eliminating malaria in Haiti.

“Haiti is really the last bastion of malaria in the whole of Mesoamerica, just a stones-throw from the US, so it’s a really interesting place,” he said.

“We’re making maps that are being used by Haiti’s malaria control program to fundamentally change where they’re targeting their interventions.”