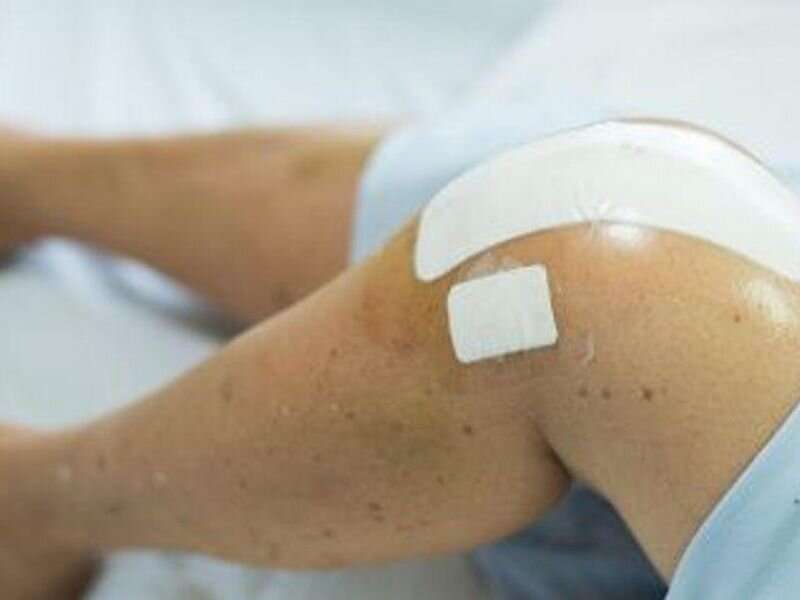 (HealthDay)—Antibiotic therapy for six weeks is inferior to 12 weeks of therapy among patients with microbiologically confirmed prosthetic joint infections that are managed with standard surgical procedures, according to a study published in the May 27 issue of the New England Journal of Medicine.

Louis Bernard, M.D., Ph.D., cymbalta reviews for back pain from INSERM Centre d’Investigation Clinique 1415 in Tours, France, and colleagues randomly assigned 410 patients with microbiologically confirmed prosthetic joint infection that had been managed with an appropriate surgical procedure from 28 French centers to receive antibiotic therapy for six or 12 weeks (205 each). The primary end point was persistent infection within two years after completion of antibiotic therapy.

The researchers found that persistent infection occurred in 18.1 and 9.4 percent of patients in the six- and 12-week groups, respectively (risk difference, 8.7 percent; 95 percent confidence interval, 1.8 to 15.6), and consequently, noninferiority was not demonstrated. In the per-protocol and sensitivity analyses, noninferiority was also not shown. There was no difference observed between the groups in the percentage of patients with treatment failure due to a new infection, probable treatment failure, or serious adverse events.

“This trial showed that a shorter course of six weeks of antibiotic therapy did not meet the criterion for noninferiority to a longer course of 12 weeks in the treatment of prosthetic joint infection and resulted in unfavorable outcomes in a higher percentage of patients,” the authors write.