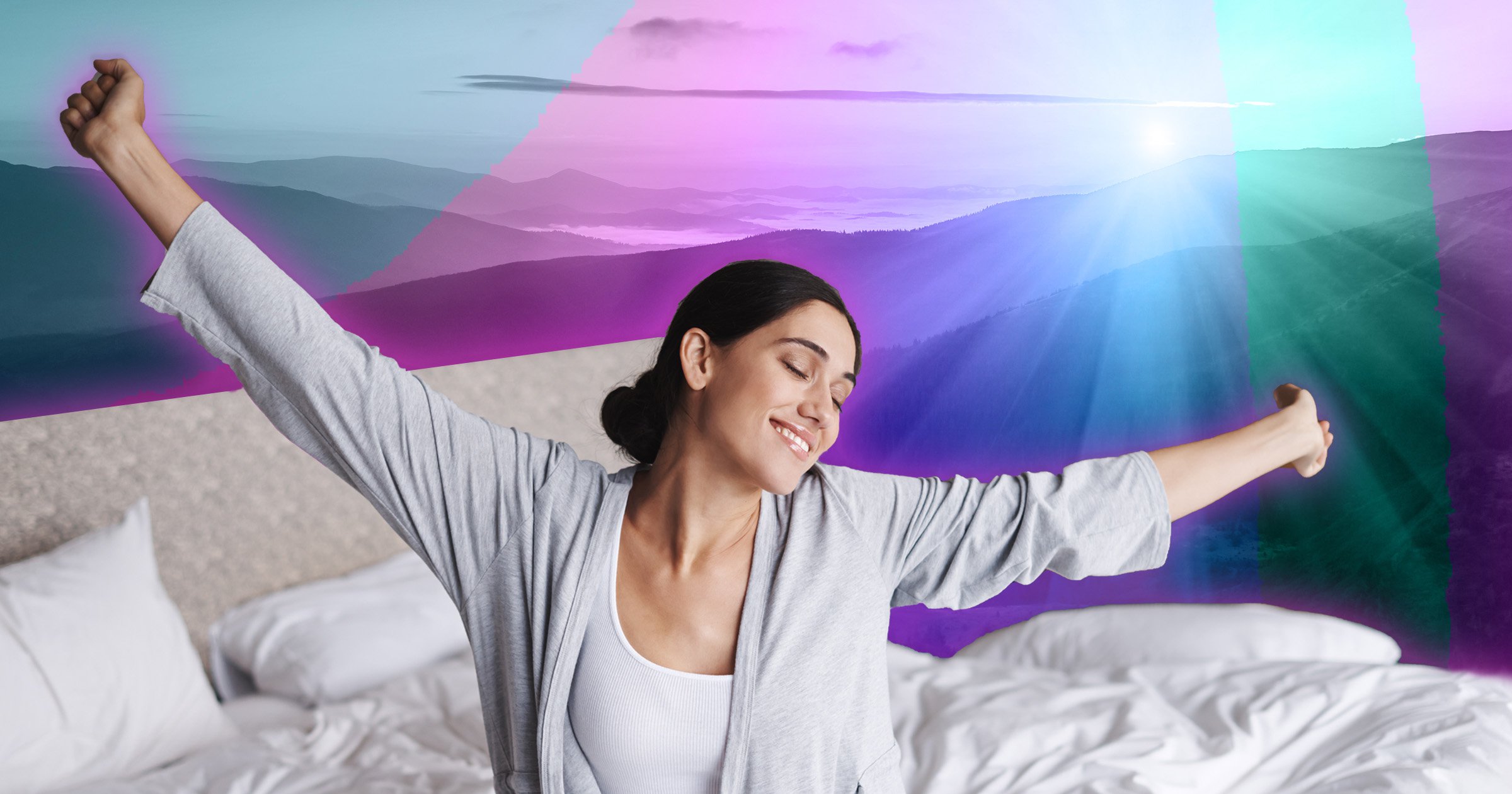 The Miracle Morning is a concept that’s made Hal Elrod a self-help success.

Recently, we spoke to Hal about his winning morning routine that has the power to transform your day – and possibly even, life.

Speaking to Metro.co.uk for our Better Living series, the bestselling author says: ‘The Miracle Morning is based on the premise that how you start your day is arguably the single most important decision you can make in setting yourself up for the day that you’re going to create.

‘If you win the morning, you put yourself in a position to win the day.’

So what exactly is it?

There are six steps that you’re meant to repeat every morning before doing anything else with your day.

How to do the Miracle Morning:

S – Silence: Spend time on your own meditating, or praying or breathing and quietening the mind.

A – Affirmations: Create short memorable sayings to help your brain shift perspective over time, such as ‘I am loved’.

E – Exercise: Do any kind of exercise, light or hard. This doesn’t have to replace your fitness plan.

R – Reading: Read about things that will help you feel positive, or that you’ve been putting on the backburner.

S – Scribing (which means journalling, symtoms of low tegretol levels but Hal said the ‘J’ didn’t fit): Note down how you feel and any reflections on your achievements.

At first, try to give each stage equal attention. Then once you’ve build the habit, you can personalise it to your needs and give more time to other areas.

How long you spend on this is up to you, but Hal recommends giving each segment at least 10 minutes.

Hal also challenges people to try the concept for 30 days, giving yourself time to adjust and see how it can change things for you.

I’ve been doing just that over the last month, putting it to the test.

If you’re pressed for time, try the six-minute option – though Hal says to only do this when you’re really short of time as it won’t be as deep a practice.

Spend a timed minute on each of the steps. One minute of jumping jacks will raise your heartbeat and one minute of affirmations can still help set you up for the day.

How did I find the Miracle Morning?

The first thing that struck me was that Hal came up with this idea in 2007 while in the throes of depression and he credits it with helping him recover.

I must say, I’m impressed. Getting up is hard enough while depressed – let alone getting up earlier than necessary to do self-work.

There were days I set the early alarm – and went back to sleep.

However, there were benefits to doing the routine. First, I tried to allow an hour split equally between the six steps.

The key was to do a bit of prep beforehand and decide what the affirmations would be, for example, otherwise you just stand there feeling unsure of what to say to yourself or how to get the best out of the time.

On the mornings I was pressed for time, I did Hal’s six-minute version, but that didn’t give me much – aside from avoiding the guilt that would have come from not doing it at all.

I had a bit of a breakthrough with the Miracle Morning around two weeks in. I ditched the idea of doing all six steps in the morning (as I felt like I was just ticking them off, rather than fully engaging) and picked the ones that worked best for me, then put them in where I could. Better to do one thing fully than half-ass six thing.

I started rising very early some days to hit the gym or do yoga, then a little early on other days to do affirmations, visualisations or journal.

These mornings, I did feel significantly better by the time 8am rolled around and I was logging into work.

However, you have to pick your battles. Even Hal says he skips the odd day when he’s been out late the night before.

On a week of 5.30am starts about three weeks in, I can safely say it was more a case of ‘muddle-through morning’ – there was nothing miraculous about making the sleep deprivation worse.

Here’s where I think you just need to listen intuitively to your body. What does it need? If that’s sleep, just sleep.

The miracle morning can work if you accept you’ll likely need to compromise some days and mould it to fit your lifestyle.

My editor asked if I’d carry any of this on going forward.

Truthfully, I won’t be sticking to the formula of six steps every morning – my body was just not made to rise earlier than necessary on a daily basis.

However, I certainly will be keeping the steps that worked best for me in my toolkit and incorporating them into mornings in which I have more time, or just fancy kick-starting the day.

Early gym sessions and yoga did wonders for my headspace, and affirmations along with trying to visualise the day going well also could be soothing.

They’ll feature in my routine on some mornings – and my wellbeing will be better off for it.