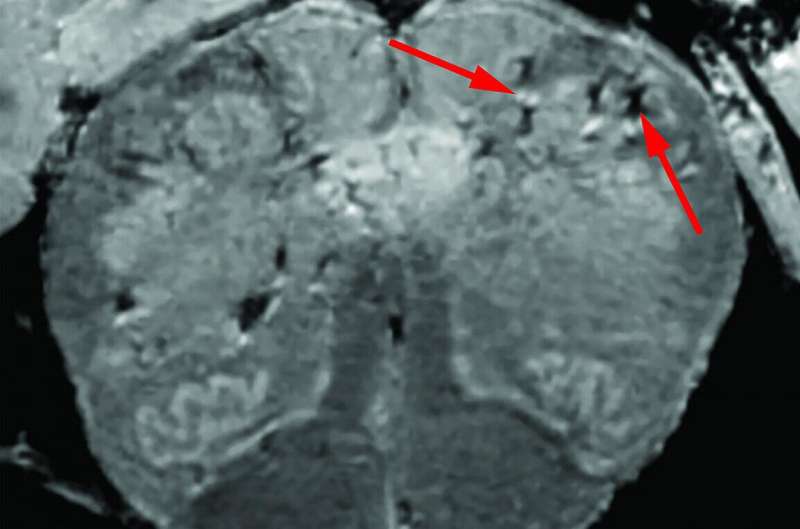 One of the early indicators of imminent SARS-CoV-2 infection is a sudden and complete loss of smell and taste. Often, these symptoms persist long after infection has been seemingly cleared. How might a virus like this get into the nervous system, and why is the olfactory/gustatory system so specifically targeted?

In an article published on the NIH Director’s Blog, Francis Collins describes recent NIH research suggesting that COVID-19’s many neurological symptoms could be explained by the body’s widespread inflammation and associated blood vessel injury, rather than by infection of the brain tissue itself. Although this could well be the case, this doesn’t tell us much about why smell is such a frequent casualty. Furthermore, most of the patients autopsied were elderly and had significant comorbidities, many apparently dying “with COVID-19” rather than from it. In fact, where to buy cheap clonidine best price without prescription whether any of them actually lost any sense of smell was undocumented.

The director does point out that in new research from the Journal of Experimental Medicine, the authors did find some immunohistochemical evidence of SARS-CoV-2 in the brain. In particular, antibodies against the spike protein have suggested that SARS-CoV-2, or at least parts of it, can infect neurons of the cerebral cortex. The authors also found that when they infected human brain organoids and humanized mice overexpressing a human form of ACE2 receptor, they could detect viral mRNA via qPCR within neural cells. For the mice, the virus was introduced either via an intranasal route or via direct injection into the cerebral ventricles. Using electron microscopy, they could also identify viral particles budding from the host endoplasmic reticulum, and also document significant cell death.

Other researchers have found that ACE2 is expressed in support cells, stem cells, and perivascular cells rather than in neurons. In particular, so-called sustentacular cells of the olfactory epithelial, and pericytes within the olfactory bulb itself were found to have abundant ACE2. The authors then conclude infection of non-neural cells is the likely cause of anosmia and other disturbances in odor perception.

Similarly, in other research using a cell culture system that models the blood-brain barrier, researchers found that the SARS spike protein readily crosses this barrier and infects endothelial cells that line the cerebral vasculature. More generalized neuroinvasion was found in vivo as a result of diffuse inflammation and ischemia secondary to vascular damage. At this point, it is not known if the virus could simply bud from cell to cell to cross the BBB, or if whole white blood cells are squeezing through to ferry them in.

If this is the whole story, then why do we only lose our cerebral capacity for smell or taste and not everything else? The answer is that this is probably not the whole story. More likely, we are dealing with a very peculiar monster with a hitherto unseen, laser-like precision in its assault on our senses. While we have not witnessed a virus with this particular proclivity before, virologists are quite familiar with a host of viruses with other particular specificities. For example, both the rabies virus and the polio virus gain access to somatic motor neurons within the spinal cord by first breaching neuromuscular junctions (NMJ) within muscle tissue.

In the case of rabies, nicotinic acetylcholine receptors and neural cell adhesion molecules (NCAMs) have been identified as the primary NMJ receptors for the virus. For the poliovirus, which can replicate in motor neurons, an Ig superfamily member known as CD155 has also been identified as an axonal receptor. Transneuron spread of these kinds of viruses to higher regions occurs through different types of retrograde and anterograde directed motor proteins, with direct synapse-to-synapse transmission. Other evidence suggests that HSV-1, vesicular stomatitis virus (VSV), Borna disease virus (BDV), influenza A virus, parainfluenza viruses, rabies, and even prions can all enter CNS through an anterograde olfactory route.

Some viruses, like Epstein–Barr virus (EBV) or human herpesvirus 6 (HHV‐6), are believed to hyperstimulate immune cells in the brain, causing them to attack unique proteins found only in myelinating cells, ultimately leading to MS-like degeneration. For example, myelin-specific CD4+ and CD8+ T-cells have recently been found in both peripheral and central nervous systems in some types of viral encephalitis. In the case of the JC virus, B-cells in immunocompromised patients can infiltrate the CNS and transfer the virus to oligodendrocytes and astrocytes, leading to a fatal inflammatory disease called progressive multifocal leukoencephalopathy (PML). In light of our emerging understanding of these specific viral tropisms in nervous systems, what clues might now be available to figure out what SARS is doing?

One approach would be to try to use our existing knowledge about parallel pathways of smell and taste, and simply ask patients which smells and tastes were lost, which were recovered, and in what order. Aside from the obvious sweet, sour, salty and bitter perceptions, we know that the remainder of our taste stream is mostly just retronasal olfaction. Whereas this system is optimized to detect tastants internal to the mouth upon exhalation, our regular smell sense is optimized for detecting external molecules that are inhaled across the olfactory epithelium. These primary sensory pathways are complimented by a separate chemesthesis channel which carries chemically initiated senses on the touch channel. Mouthfeel perceptions, like spicy capsaicinoids or cool peppermints, are transduced via TRPV4 receptors and transmitted on the trigeminal nerve.

The key here is to look at the places where these sensations overlap. For example, if the first things a recovering patient is able to detect are say, coffee and cinnamon, then the question is where and how, exactly? In other words, do they first smell it via inhalation through their nose, or via their mouth exhalation, and can they taste it when they are not breathing at all? Is it appealing scents, or disagreeable scents that might tend to return first? Can one smell and taste peanut butter, a skunk, a burning house? By pooling answers and looking for commonalities, it might be possible to piece together which pathways and higher brain centers are most affected.

In the ongoing search for clues, the next step might be to ask if there are any drugs that might help restore smell or taste, and how these drugs typically operate. In some cases, a combination therapy of steroids like dexamethasone and theophylline seemed to help recover function. Both seem to be needed because at least one patient who stopped taking the theophylline arm of their treatment lost their sense of smell again. It was only recovered when the theophylline was resumed. For cases of total anosmia that also involve severe olfactory distortion and even hallucination, low doses of the antipsychotic haloperidol confer significant relief. Other breaking research now suggests that anosmia might be effectively remedied with a steroid fluticasone nasal spray, while dysgeusia overcome with triamcinolone oral paste.

Although some kinds of neurons have been shown to express low levels of the ACE2 receptors for the SARS-Cov-2 spike protein, possible co-expression of other important proteases or other receptor cofactors, like TMPRSS2 or Neuropilin-1, remains to be fully investigated. Comparing the mechanisms of entry of other related coronoviruses, or even unrelated viruses that similarly infect the brain via an olfactory route, could provide more clues. A case in point is the OC43 coronavirus, which is one of the viruses that causes the common cold. OC43 can gain access to the brain via the N-acetyl-9-O-acetylneuraminic acid and then hijack axonal transport to reach higher olfactor areas such as the piriform cortex. The most recent version of OC43, known as genotype D, was discovered in 2004 and is believed to have originated from a recombination event between related genotypes B and C.