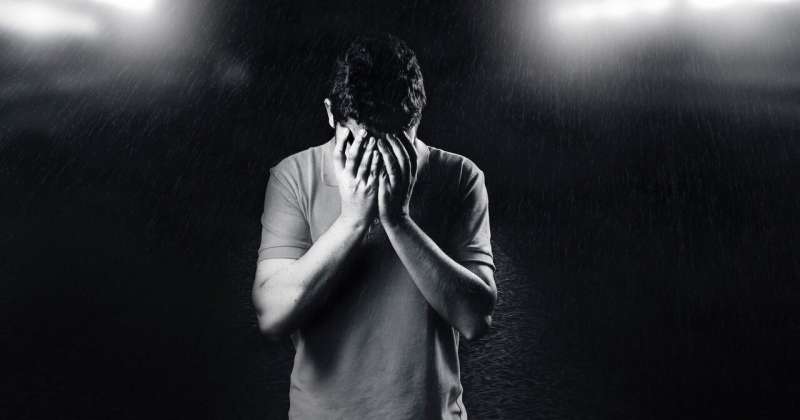 Just as a small airport would have challenges handling massive plane traffic, people with psychosis may experience communication difficulties because non-language parts of the brain are trying to manage communications tasks, new research from Western and Lawson Health Research Institute shows.

Difficulties with communication—the ability to use language and to comprehend what others are saying—are among the earliest symptoms of psychosis, a mental illness characterized by changes in emotions, impaired functioning and a disconnection from reality.

This could be happening because parts of the brain not meant to process language are trying to perform this complex job, the new research shows.

“The language system seems to be key to understanding this illness,” said Dr. Lena Palaniyappan, professor and Tanna Schulich Chair in Neuroscience and Mental Health at Western’s Schulich School of Medicine & Dentistry and scientist at Lawson and Robarts Research Institute. “We don’t yet fully understand how the disorganization of language takes place in patients affected by psychosis.”

Embarking on a mission to find out, Dr. Palaniyappan worked with a team of imaging scientists at Robarts to perform magnetic resonance imaging (MRI) scans on the brains of patients with acute psychosis. Patients were recruited from the Prevention and Early Intervention Program for Psychoses (PEPP) at London Health Sciences Centre, a flagship clinic that supports young individuals from an early stage of psychosis.

The team divided the patients into two groups: those with severe language disturbances, nutritional supplements and coumadin and those whose language symptoms were less pronounced. They found that both groups had weakened connectivity, or ‘hubness,’ in the superior temporal area, the part of the brain generally associated with language.

The group with more severe language symptoms also greater connectivity in unexpected regions of the brain that seemed to be compensating for some of the loss of connectivity elsewhere.

Like a small airport trying to handle all the air traffic from a big hub like Pearson International Airport, some non-language brain regions may be overloaded in psychosis, the study says.

“This finding led us to believe that the language problems may occur because the main hubs that are supposed to conduct language are now retired, and so these peripheral hubs—which have no business of orchestrating language as their main function—are picking up the job and aren’t doing it very well,” said Palaniyappan.

The researchers hope that this new understanding of how language becomes disorganized in psychosis can inform new interventions to focus on strengthening the language systems in the brain to reduce or delay psychotic symptoms.

Using ultra-high-field magnetic resonance imaging at Robarts, they were able to look at the entire brain of patients with acute psychosis. Instead of homing in on one specific area, the team looked at 3-D pixels of the brain (voxels) to get a full picture of what was happening in the whole brain and how different areas were interacting.

Continuing the airport analogy, Palaniyappan said that if they had looked only at the brain’s language area it would have been like only walking into one airport, and not understanding how the reduced traffic in that airport was influencing air traffic at other surrounding airports.

“We went in without any expectations, and searched the whole brain,” said Dr. Palaniyappan. “This unique approach allowed us to get a picture of the forest rather than a picture of the tree.”

The study is the first to use this kind of imaging study in patients with acute psychosis who had a wide variety and severity of clinical symptoms.