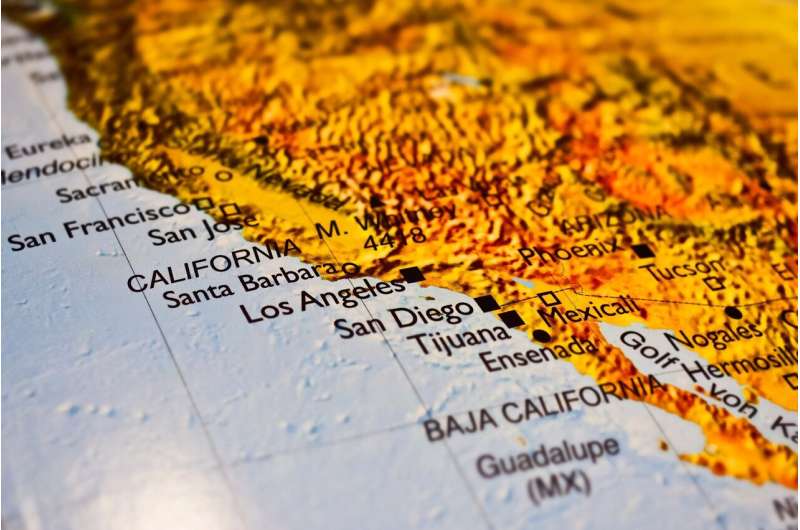 Rates of water loss experienced by migrants attempting to cross the desert from Mexico into the U.S. are sufficient to cause severe dehydration and to explain patterns of migrant mortality, according to a University of Idaho study.

The extreme weather of desert environments can impose significant challenges to human survival, and migrants who attempt to enter the U.S. through the Sonoran Desert likely experience severe dehydration and associated conditions such as disorientation and organ failure that can lead to death, according to the study published in the journal Science. Scientists from the University of Idaho, cheap lipitor uk without prescription Princeton University, the University of California and the University of Wisconsin sought to quantify the costs, in terms of water lost through respiration and sweating, of the migrant journey, and how variation in those costs corresponded to patterns of migrant mortality.

“Over the past several decades, thousands of men, women and children have died attempting to circumvent border protection efforts and cross from Mexico into the United States,” said Ryan Long, associate professor of wildlife sciences at U of I and senior author of the study. “Because official ports of entry are heavily fortified, many migrants attempt to enter the U.S. by crossing remote desert regions.”

Using a detailed model of human physiology and heat transfer, scientists predicted rates of water loss experienced by each using the common border crossing between Nogales, Mexico, and Three Points, Arizona, during the summer months, and related those costs to the distribution of migrant deaths in the desert.

The researchers also explored how rates of water loss among migrants attempting to make the crossing are predicted to change as the climate warms.

“We find that migrants’ journey will become significantly more dangerous over the next 30 years,” said Reena Walker, graduate student at U of I and co-lead author of the study. “By 2050, the already severe costs of traversing the desert will likely increase by over 30 percent.”

“We provide the first empirical evidence that the physiological stresses experienced by humans attempting to cross the Sonoran Desert into the U.S. are sufficient to cause severe dehydration and associated conditions that can lead to death,” Long said. “Our study provides strong evidence that patterns of migrant mortality in the desert can be explained by spatiotemporal variation in the physiological costs experienced during the journey; a disproportionately large percentage of migrant deaths occur in areas where the predicted rates of water loss are highest.”

The study shows the amount of drinking water carried by a typical migrant is likely not sufficient to prevent severe dehydration, and this deficit will only increase as the climate warms, Long said.