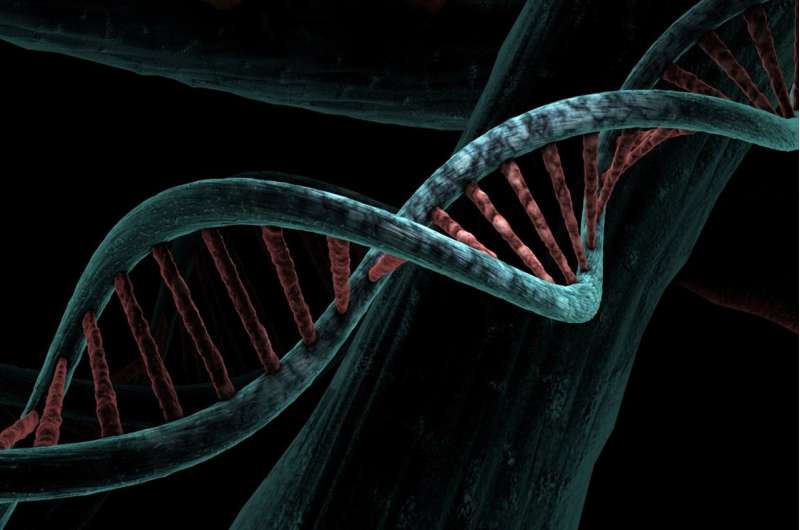 It’s one thing to question how human genetics work, but it’s another to question whether science can create a new genetic system altogether.

Thanks to two new National Science Foundation grants awarded through the Division of Molecular and Cellular Biosciences totaling nearly $2 million, Texas A&M University chemist Jonathan Sczepanski hopes to do both.

The first award to his group focuses on understanding the pathways responsible for the chemical modification of DNA, which he said is important in both normal biology and disease, including cancer. The second award is a collaborative grant with a team from the Salk Institute in California which focuses on developing novel genetic systems “that functions in fundamentally different ways than known biology,” he said.

In complex genomes, such as those found in humans, Sczepanski notes that DNA is chemically modified by the addition of methyl groups. Establishing and maintaining proper patterns of these methyl modifications is a highly choreographed process involving not only the addition of methyl groups, but also their removal—a process known as demethylation. Together with his research group, Sczepanski is working to discover how a key enzyme in the demethylation pathway, thymine DNA glycosylase (TDG), locates the correct methyl groups to remove while leaving others in place—an important question with direct applications to disease as well as potential therapeutics.

“Accurate removal of methyl groups from the genome is critical for normal human development, and dysregulation of this process can lead to many common diseases,” Sczepanski said. “For example, abnormal positioning of DNA methyl groups is one of the hallmarks of cancer cells. Therefore, by revealing mechanisms underlying the regulation of TDG, we hope to advance our understanding of the etiology of diseases and provide impetus for future clinical applications.”

Much like left and right hands, complex biological molecules and their mirror images are structurally distinct, a property known as chirality. Sczepanski notes that even the genetic material found in all life on Earth—the nucleic acids DNA and RNA—are chiral molecules that can exist in either the left- or right-handed form. As it happens, however, all life on Earth uses right-handed DNA and RNA, whereas their mirror images, left-handed DNA and RNA, are neither made nor recognized by the machinery of the cell.

“The inherent ‘invisibility’ of left-handed nucleic acids provides an opportunity for us to develop next-generation therapeutics and synthetic materials that are resistant to biological disruption,” Sczepanski said. “Unfortunately, tools to engineer biology across the mirror do not yet exist.”