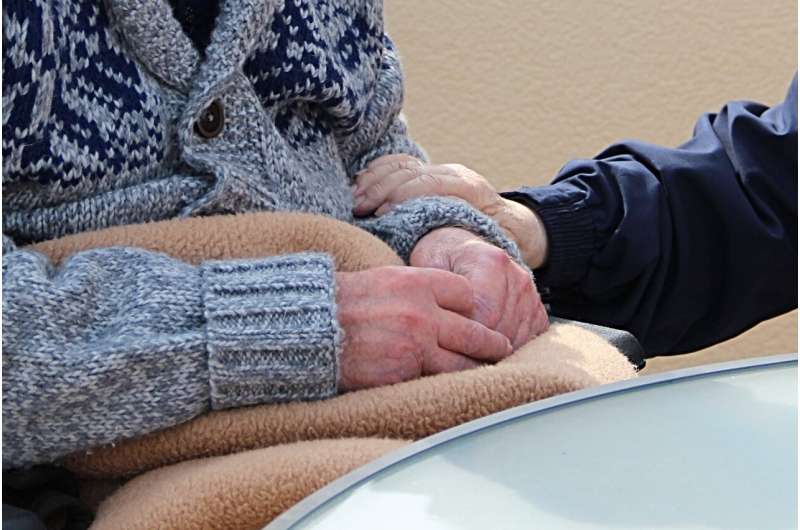 Long-stay nursing home residents experience frequent transfers to the hospital. Dispelling the assumption that as individuals age and become more frail, higher rates of transfer from nursing homes to hospitals occur, a groundbreaking study from the Regenstrief Institute and Indiana University School of Medicine shows that residents younger than age 60 experience twice the transfer rate of residents age 80 and older.

Transfers from a nursing home to a hospital are stressful for residents and their families, increase care costs, and may lead to unintended consequences such as hospital-acquired infections, as well as cognitive and functional decline. But how age predicts transfers was not previously well understood.

“It is estimated that about one in six long-stay nursing home residents in the United States is younger than age 65,” said Wanzhu Tu, Ph.D., of the Regenstrief Institute and IU School of Medicine, who led the new study. “Knowing and understanding age-specific rates of hospital transfers, 12 hour cetirizine as we now do, could support benchmarks for care provision and help in the design of targeted strategies to reduce hospital transfers that better recognize and address the diverse needs of nursing home residents of different ages, especially younger residents.

Using state-of-the-art analytic methods, the researchers determined that annual rates of hospital transfers actually decreased with age, although not in a linear fashion. Transfer rates were the highest in the younger-than-60 group; rates declined slowly between 60 and 80 and then the decrease in transfer rates accelerated after 80.

Data from 2015–2016 on long-stay nursing home residents ages 19 to 103 were collected during a study called OPTIMISTIC (an acronym for Optimizing Patient Transfers, Impacting Medical Quality and Improving Symptoms: Transforming Institutional Care), a $30.3 million Regenstrief Institute-Indiana University School of Medicine project funded by the Centers for Medicare and Medicaid Services (CMS) aimed at reducing avoidable hospital transfers. OPTIMISTIC reduced relative risk of potentially avoidable hospitalizations by 33 percent and relative risk of all hospitalizations by 19 percent, producing a net savings of $3.4 million in Medicare expenditures in the first four years of the project.

“There is a significant population of younger people cared for in nursing homes and little is known about them and how best to tailor quality improvement programs to meet their needs,” said study co-author Kathleen Unroe, M.D. of Regenstrief Institute and IU School of Medicine. “This paper highlights some key differences in the nursing home population by age.”