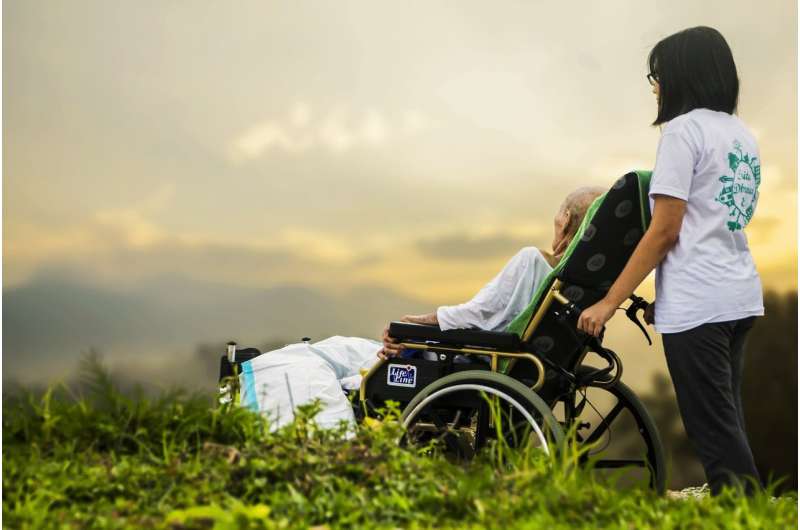 About 9% of cancer patients experience complications while hospitalized that lead to a deterioration in their condition, a transfer to the intensive care unit or even death. A multi-disciplinary team of researchers at Washington University in St. Louis is developing a machine-learning-based early warning system model to predict this deterioration and improve patient outcomes.

Chenyang Lu, the Fullgraf Professor in the McKelvey School of Engineering, with collaborators including Marin Kollef, MD, the Golman Professor of Medicine and director of the medical intensive care unit and respiratory care services at Barnes-Jewish Hospital, and Patrick Lyons, biaxin xl tylenol MD, instructor in medicine in the School of Medicine, recently developed a new predictive model for hospitalized cancer patients that integrates heterogeneous data available in electronic health records (EHR). Results of their work were presented at the Association for Computing Machinery (ACM) Conference on Information and Knowledge Management (CIKM) Nov. 3, 2021.

Using historical, de-identified data from more than 20,000 hospitalizations of patients with cancer at Barnes-Jewish Hospital, Lu and Dingwen Li, a doctoral student his lab and first author of the paper, found a way to integrate two types of valuable data in deep learning models that might offer clues about a patient’s condition: static data, or data collected at the time of admission, such as demographics, other medical diagnoses or information from previous hospitalizations; and time-series data, which is collected repeatedly during a hospital stay and includes body temperature, blood pressure, medication and test results. As static and time-series data contain complementary information related to clinical deterioration, it is important for a predictive model to exploit both types of variables to maximize its accuracy, Lu said.

“There are early signs hidden in the data that suggest that a person will develop clinical deterioration in a few hours or a few days,” said Lu, an expert in the Internet of Things, cyber-physical systems and clinical artificial intelligence. “Humans cannot see these hidden patterns or trends in the data, so this is where machine learning is very good at picking up these patterns.”

Lu and his team used a recurrent neural network (RNN) model that originally was designed for the time-series data and enhanced it to incorporate the static data using a multi-modal fusion approach. Their end-to-end model, called CrossNet, learns how to predict deterioration events while accurately imputing any missing static or time-series data. This novel approach to in- corporate both static and time-series data combines the power of deep recurrent models and the benefits of heterogeneous data in EHR.

Ideally, an early warning system would learn from a patient’s data the signs that the patient is deteriorating, which would activate an alarm calling health care providers to the bedside. However, one of the risks with such a system is that an alarm would sound so frequently, possibly triggered by false alarms, that the health care providers would develop alarm fatigue and eventually stop responding. In a case study under realistic inpatient care settings Lu and the team set a threshold of 48 notifications in a 24-hour period, or one every 30 minutes. The team then implemented a more proactive early warning system where the alarm rate can be high but the number of false alarms is limited to avoid alarm fatigue. With the same false alarm rate, the team’s CrossNet model captured 39.52% of clinical deterioration events, while an existing model used by many hospitals called the Modified Early Warning Scores (MEWS) captured only 3.92% of the same events.

While the model has potential, Lu is working with the physicians on the team to determine the best way to implement it in a hospital setting.

Kollef said Barnes-Jewish Hospital has been using a simpler early warning system for about 15 years. After some evaluation, alarms from that system are sent to an early response team that can assess and triage patients.

“An alert is meaningless unless it’s tied to intervention,” Kollef said. “It’s easy for someone to pull data from a machine and analyze it, but what do you do with it? That’s the challenge.”

Kollef, who has worked in the intensive care unit for 35 years, said an early warning system is a step in the right direction, and collaborators such as Lyons are key to implementing such a system.

“Patients with cancer are often very sick and fragile and are already monitored intensely,” said Lyons, an informatics-based clinician. “With chemotherapy and other treatments, they generate a lot of data that is hard to sort through in a meaningful way. We would like to use this model to distill what data is going to point health care providers toward a clear direction.”