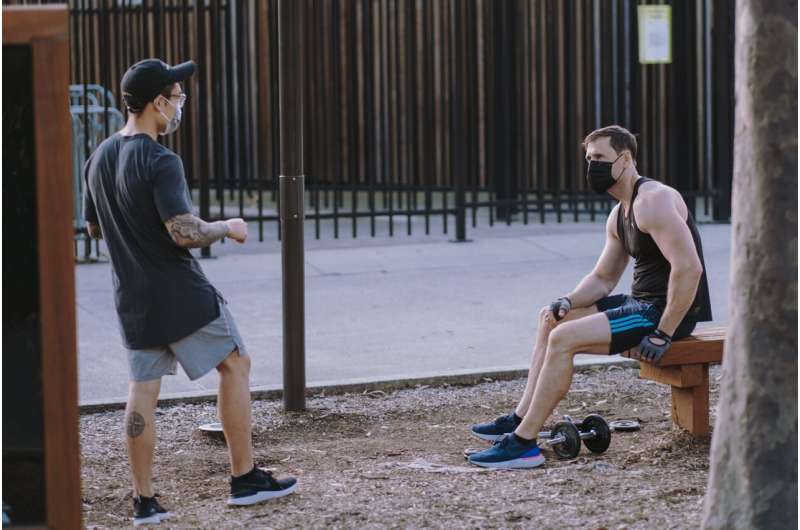 Hiding the bottom half of the face with a mask could have a detrimental effect on our ability to socially interact and share other people’s emotions, new research suggests.

A Cardiff University-led study found people with facial paralysis, people seeing others who wear face masks, or even children sucking on dummies, could struggle to show empathy or detect positive social cues.

The research is published in the journal Cognitive, Affective, where to buy generic voltaren paypal payment without prescription and Behavioral Neuroscience.

Lead author Dr. Ross Vanderwert, from Cardiff University’s School of Psychology, said: “People tend to automatically imitate others’ facial expressions of emotion when looking at them, whether that be a smile, a frown, or a smirk. This facial mimicry—where the brain recreates and mirrors the emotional experience of the other person—affects how we empathize with others and interact socially.

“Our study suggests that when the movements of the lower part of the face are disrupted or hidden, this can be problematic, particularly for positive social interactions and the ability to share emotions.

“Wearing a face mask continues to be vital to protect ourselves and others during the COVID-19 pandemic—but our research suggests this may have important implications for the way we communicate and interact.”

The scientists recorded the brain activity of 38 individuals via an electroencephalogram whilst they watched videos of fearful, happy, and angry expressions, as well as a collection of inanimate everyday objects, as a control.

Study participants were asked to watch the videos whilst holding a pen between their teeth for half the videos and without the pen for the remaining videos.

The researchers were investigating, for the first time, the effect this had on a process known as neural mirroring—activity in the motor system for our own actions that is also active observing other’s actions. Neural mirroring facilitates simple tasks such as hand-eye coordination and more complex tasks like understanding the emotions of others.

The results revealed that participants who could freely move their face showed significant neural mirroring when observing the emotional expressions, but not the everyday objects.

“For emotions that are more heavily expressed by the eyes, for example fear, blocking the information provided by the mouth doesn’t seem to affect our brain’s response to those emotions. But for expressions that depend on the mouth, like a friendly smile, the blocking had more of an effect,” said second author Dr. Magdalena Rychlowska, from Queen’s University Belfast’s School of Psychology.

“Our findings suggest that processing faces is a very challenging task and that the brain may need more support from, and rely more heavily on, our own faces to support the visual system for understanding others’ emotions.