An advisory panel to the Centers for Disease Control and Prevention drew criticism after it postponed a discussion on heart inflammation among a small fraction of COVID-19 vaccine recipients in observance of the Juneteenth National Independence Day holiday.

The Advisory Committee on Immunization Practices’ (ACIP) initially scheduled meeting on Friday, June 18 will now be held on June 23. 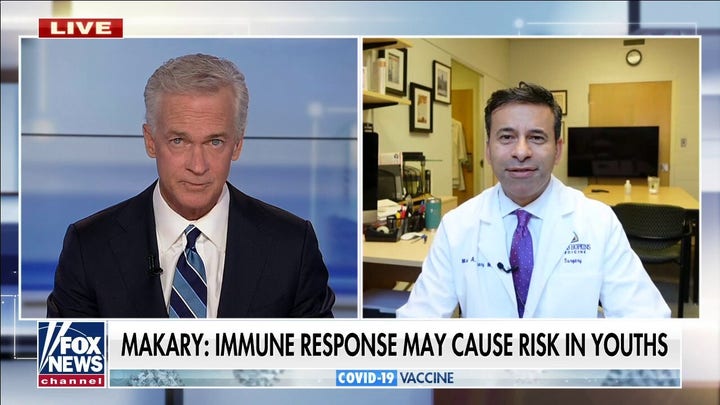 “I think we’re getting a glimpse into the lack of urgency that we’ve seen at the CDC for a lot of the pandemic,” said Dr. Marty Makary, Johns Hopkins health policy expert and Fox News contributor. “This is what frustrates doctors about the bureaucratic state. Doctors have a duty to serve.”

Makary took to Twitter, chemo lung cancer methotrexate voicing support of the new federal holiday but adding, in part, “doctors dealing with emergencies do not skip work for holidays.”

Dr. Nicole Saphier, board-certified radiologist and Fox News contributor, wrote a similar tweet: “MDs, RNs & other frontliners work on holidays just fine. This meeting is about safety in our kids. Why the delay? Get to work.”

The advisory group, ACIP, was not expected to vote on anything regarding the vaccine rollout but was set to provide an update on COVID-19 vaccine safety, including myocarditis after mRNA vaccines and the risk-benefit of mRNA vaccines in adolescents and young adults. The panel was also set to discuss an “overview of data to inform recommendations for additional doses of COVID-19 vaccines.”

A CDC spokesperson told Fox News the postponed meeting in observance of Juneteenth was included in the already scheduled June 23-25 meeting because the panel wasn’t expected to vote or issue a change in policy.

“In observation of Juneteenth, CDC leadership made the decision to reschedule the COVID-19 specific ACIP meeting initially planned for June 18.  The meeting was postponed to be included as part of ACIP’s regularly scheduled June 23-25 meeting (one of three that happen annually) because there were no anticipated votes or changes to policy occurring,” Benjamin Haynes, CDC spokesperson, wrote in an emailed statement.

The June 24-25 meetings will include discussions on several vaccines including the influenza vaccines, dengue vaccine, zoster vaccines and pneumococcal vaccines.

Dr. Tom Shimabukuro, deputy director of the Immunization Safety Office at the CDC, in recent weeks noted 275 reports of myocarditis and pericarditis among vaccinated males aged 16-24 as of May 31 against a backdrop of over 12 million administered doses. While younger groups aged 12-24 accounted for nearly 9% of all administered doses, the group comprised over half (52.5%) of 528 reports relating to heart issues across all age groups.

The number of observed reports among those aged 16-24 exceeded the expected; for instance, while there were two to 19 expected cases of myocarditis/pericarditis in teens aged 16-17, 79 cases occurred. Cases occurred more often after second doses, and chest pain was said to be a “hallmark” symptom.

Dr. Rochelle Walensky, head of the CDC, told ABC co-hosts Friday that over 200 million doses of vaccine have been administered, and “these events are really quite rare…they generally resolve with rest and standard medications,” emphasizing that the benefit of vaccination outweighs the risk of mild heart inflammation and COVID-19 disease.