Home » Holiday » Would you ride this petrifying waterslide over the Dubai skyline? Waterslides are great fun, but this stomach-flipping feat would have your knees knocking.

Surely even the most daring daredevil would struggle to throw themselves from this terrifying height? The giant slide over the Dubai skyline was posted on Twitter six days ago by nois7 and it's sent the interent into meltdown.

It sees a man perched at the top of a blue slide overlooking the city and pool below. But if you were gearing yourself up for the daring feat, you will be disappointed to hear it's actually a fake image.

The Instagram account where the photo appeared belongs to Digital Artist Robert Jahns, who has a whopping 837,000 followers. 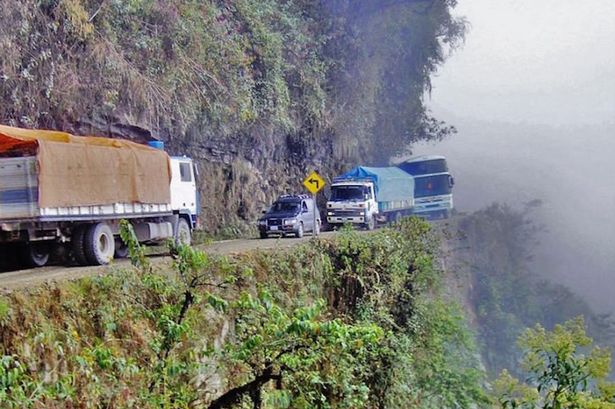 His brilliant Photoshop skills actually got him nominated for Instagrammer of the Year. And his magical snaps of the world have been liked by thousands.

However, this waterslide snap certainly had a few of his fans baffled and some were even saying the new attraction was now the top of their bucket lists.

But not everyone was fooled. [email protected] said: "Soooo FAKE! Haha, they've literally photoshopped that slide right into where the Burj Khalifa is."

However, if you do want to scare yourself sill here are the top 10 scariest water slides in the world.