The hit musical-turned-cinematic phenomenon Mamma Mia! is a heart-warming tale of romance and family all set to some of the greatest hits of Swedish pop sensations ABBA. On the Greek island of Kalokairi, the movie follows the life of 20-year-old bride-to-be Sophie Sheridan and her quest to find the three men who may potentially be her father.

In a bid to do so, Sophie invites all three men to her wedding, with the hopes that her real father will walk her down the aisle.

However, this is all done against the knowledge of her mother, Donna.

Couple that with an unexpected budding romance and the reformation of Donna’s girl band, and the film promises an upbeat watch ideal for any “Dancing Queen”.

The entire movie boasts a stunning backdrop of crystal waters, quaint white-painted buildings and idyllic sunsets – the perfect inspiration for your next adventure. 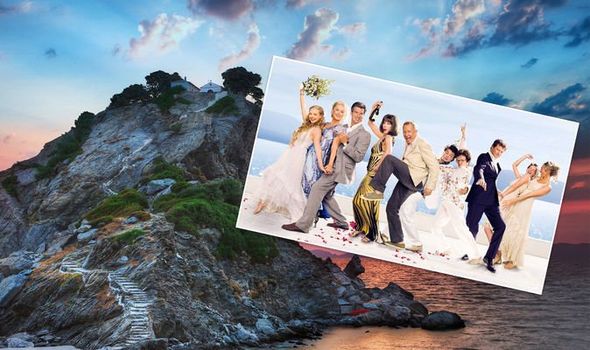 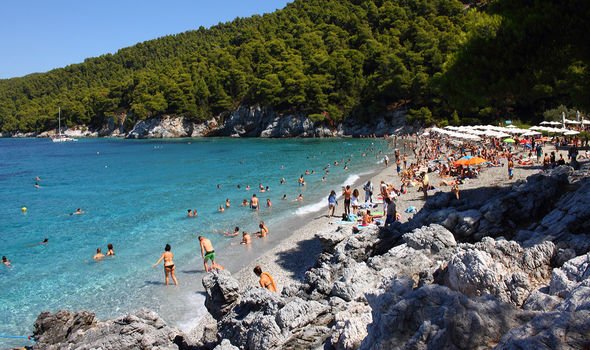 Where is Mamma Mia! filmed?

The movie was filmed in a number of locations across Greece, as well as one additional scene set in New York but actually filmed in London.

Most of the outdoor scenes were filmed on location at the small Greek island of Skopelos, in Thessaly, and the seaside hamlet of Damouchari in the Pelion area of Greece.

Kastani beach, however, on the south-west coast of Skopelos is the main filming location for Mamma Mia!

When is the best time of year to visit Skopelos?

Skopelos boasts a Mediterranean climate year-round, making it an ideal destination for sun-seekers, though can see wind and rain in the winter months.

The best time of year largely depends on your preference for heat.

July comes in as the hottest month of the year, with average temperatures reaching a maximum of 30 degrees celsius and an average low of 21 degrees celsius.

Those looking for something a little cooler should consider visiting in September and October when temperatures drop but before November’s rain hits.

Between June and August is the island’s busiest tourist season, so those looking to avoid crowds may want to jet off at a different time.

Can I visit the exact filming locations of Mamma Mia!?

One of the main scenes from Mamma Mia! is the wedding, which takes place at a quaint, Greek chapel on a hill.

The chapel is officially known as the Agios Ioannis Chapel and visitors can venture to it.

However, the chapel looks somewhat different in real life. During filming, the crew actually built a mock-up chapel around the existing one for cinematic effect.

Kastani Beach, the setting for the performance of smash-hits “Lay All Your Love on Me” and “Does Your Mother Know?”, is heavily frequented by locals and visitors year-round.

The aquamarine waters are perfect for swimming, and the sandy shoreline makes for the ultimate seaside experience. 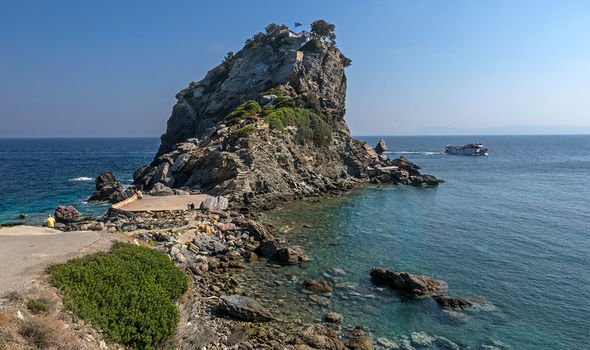 What is there to do in Skopelos?

Given the beautiful climate, Skopelos is, of course, a hotspot for those looking to chill out and enjoy the sun or take a splash in the surrounding Mediterranean waters.

Kastani Beach isn’t the only stunning coastline on offer.

Panormos Beach also attracts locals and visitors alike thanks to its picturesque views. The cove cuts several hundred metres inland and is famed for its water in all manner of blue hues.

However, there are also plenty of activities to keep the restless busy during their stay.

Skopelos Town itself is the oldest settlement on the island and is a whitewash of cute houses, staircases and sweet-smelling bougainvillaea.

Wandering the town promises plenty of photo opportunities and a chance to get to learn more about the rich history of the area.

The island is also home to a number of old churches and monasteries all boasting the same Greek aesthetic as Agios Ioannis Chapel. 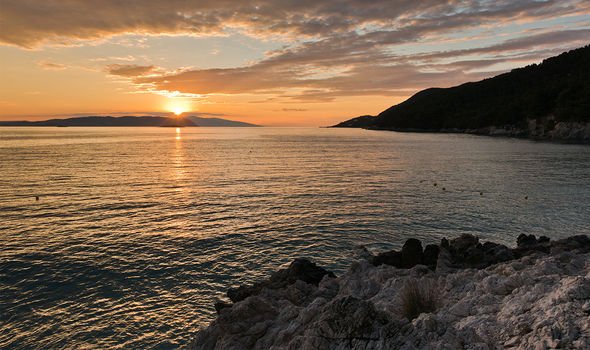 How can I get to Skopelos?

Many airlines will fly travellers to nearby Skiathos airport, however, the island can not be reached directly due to the fact it doesn’t have its own flight hub.

Instead, travellers must take an hour-long ferry from Skiathos to the port in Skopelos Town or Glossa.

The flight from London to Skiathos takes around three hours and 25 minutes.